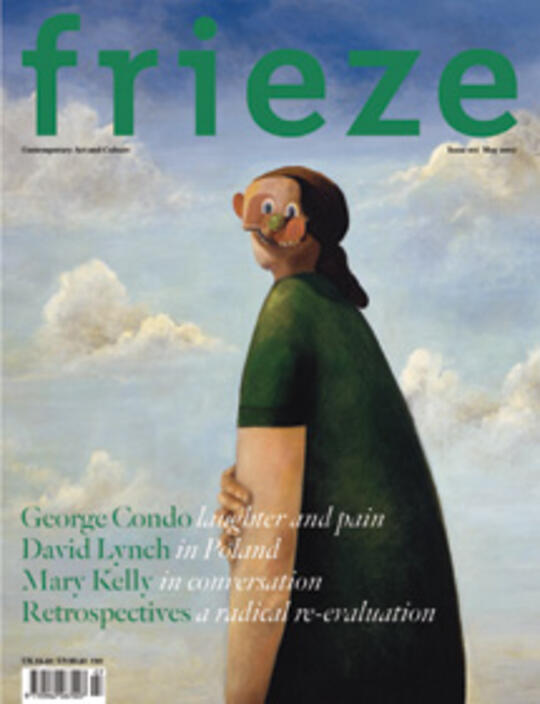 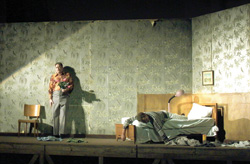 Who would have thought that people are yearning so much for the patina of the ‘antique’ that they would buy tables coated in trompe-l’oeil dust or tweed armchairs with faux duct tape covering faux torn arm rests (Jason Miller’s Dusty Tables and Duct Tape Lounge Chair, both 2006)? That the uneven tops of books on a shelf posed such disharmony to the modern interior that a set of bookshelves with flaps was necessary to even out their unsightliness (Ransmeier and Floyd’s Crop, 2005)? That there was such a thing as ‘commitment-phobia’ when it came to wallpaper (as designed by blik, LLC, 2005)? The Cooper-Hewitt’s third National Design Triennial exhibits solutions to all these modern domestic design dilemmas and more.

As in past Triennials, the collective result on show is a mixed bag. Eschewing the thematic approach of the previous editions, the curators have (rather loosely) arranged the entrants around four principal tenets – do-it-yourself design, the handcrafted, emulation, transformation and community – and the places they intersect. The attempt to intersect disciplines and products around these principles works better in some areas than others. The glomming together of DIY and handcraft seems to heighten the former and cheapen the latter (notably in the case of Alison Berger’s sophisticated yet traditionally manufactured glass designs). On the other hand, Marsha Ginsberg’s set designs are indeed bluntly transformative, both for her discipline and for the productions she builds her sets around: her Carmen and Imeneo sets are rendered as starkly as Gregory Crewdson vignettes. And California-based DIY magazines Make and Readymade have both galvanized a large and talented DIY community and exhibited a flair for print design, to which there is a more than polite nod here with the inclusion of the predictable (but not undeserving) Chip Kidd book jackets and Nicholas Blechman’s Nozone magazine.

One of the organizational challenges seemed to stem simply from the three-year gap between each edition of the exhibition. No one could expect that this amount of review, analysis and judging could take place more frequently than it does, but a more focused, more frequent and smaller review might mean that what already feels somewhat dated – what more does a visitor really need to know about the iPod, and are the playlist she selects and the hand-knit carrying case she uses really emblematic of how we ‘design’ our lives? – would be usurped by technically awe-inspiring, not to mention truly life-enhancing, design as exemplified by Lifeport Organ Recovery System's Lifeport (1998–2003) or Hunter Hoffman’s immersive virtual reality game, Snowworld (2006), which is used in hospitals to help seriously injured patients reduce their pain thresholds.

Ultimately, the lack of cohesion resulted in well-considered and intellectually challenging contributions being shown beside objects that are little more than lifestyle choices: Jessica Smith’s Domestic Element (2004), throwaway kitsch motifs appliquéd on china and wallpaper, and Craig Konyk’s pre-fab up! House (2003–05), with which the architect aspires to ‘make the purchase of a single family house akin to buying a new Mini Cooper’. The talented curatorial team (Barbara Bloemink, Brooke Hodge, Ellen Lupton and Matilda McQuaid) obviously has an eye for the significant and doesn’t squirm from the controversial (especially the militarily oriented projects by NASA and ICT), but the ready embrace of the overtly corporate (Nike and the questionable inclusion of a design for the show’s main sponsor, the superstore chain Target) and the purely decorative tends to overshadow those emerging from the thoughtful intersections of craft and design, architecture and landscape, technology and authenticity.