In his second solo show held at The Gallery Apart, the artist approaches the phenomena of cosmetics and ageing

Artist Diego Iaia approaches the phenomena of cosmetics and ageing in ‘Anti-Age’, his second solo show, held across both floors of the The Gallery Apart, close to the lively Campo Del Fiori square in central Rome. The show incorporates video, painting, drawing and sculpture and is an ambitious undertaking for a gallery that seeks to promote young Italian artists whilst continually raising the quality of its programme. 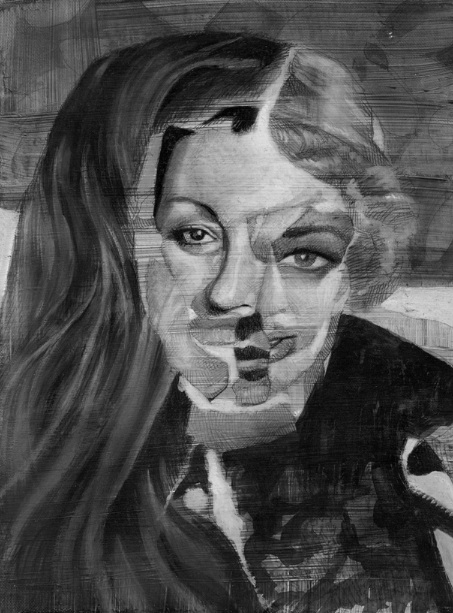 Exploring the premise that art is, like cosmetics, fundamentally a ruse, Iaia set about producing fakes, based on methods learnt from The Art Forgers Handbook (which was first published in Italy in 1996) by Eric Hebborn, a prolific 20th-century forger who famously sold his fakes to some of the world’s most important museums. The resulting polyptych Il manuale del falsario (The Manual of Fakery, 2011), features paintings based on fakes of 16th-century Old Master drawings, alongside photographs of men and women applying make-up. The work serves as a reminder that whilst art often aims at deception – in the sense that paint on canvas becomes a landscape or portrait, or a urinal or neon light becomes art – the conceptual or aesthetic illusion of beauty that it presents is only ever fleeting. In this sense, Iaia demonstrates that all works of art are a type of ‘vanitas’, highlighting the impossibility of transcending our material conditions. Ageing is inevitable and whilst we attempt to evade its effects, what lies beneath the cosmetic surface resists the alchemic conversion suggested to the eye. Indeed, the aesthetic ruse at having evaded nature is often farcical, drawing derision as much as sympathy. With fixed botoxed expressions and an unnatural orange pallor the signs of ageing are ungracefully defied in a mimesis of art’s own inability to transcend physical limitations. 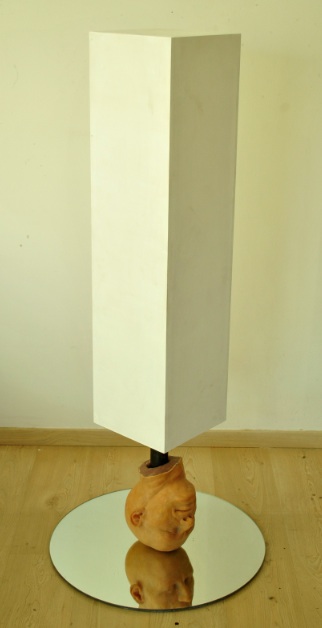 Elsewhere in ‘Anti-Age’, Iaia explores the postwar popularity of grand yet quickly executed art works, by reproducing a Jackson Pollock painting gouged out of mdf board coated in black paint. Number 32 (1950) – which took several months to make as the lines of were painstakingly dug out – questions the notion of time conveyed by gestural painting. Ralenti (In Slow Motion, 2011) demands reflection, whilst re-visiting the cliché of the heroically-won image, though this is a heroism requiring patience and a protracted physical engagement, leaving traces of the work’s long production etched into its black monochrome surface. In this way the notion of art suspending or transcending time is addressed, for despite the deliberate engagement with temporality conveyed by Ralenti, its forbidding black surface signals a limit point as the viewer meets with the finite nature of experience. This, indeed, is the experience that painting perpetually conveys, for beyond the momentary sensation of being ‘lost’ in an art work there is always a return to normality. 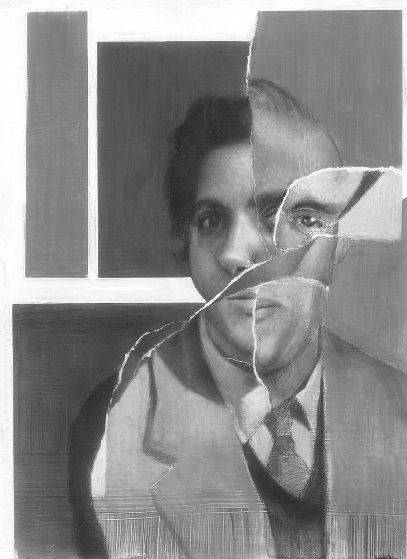 Alongside Ralenti the artist presents a series of untitled black and white works (2011) that appear to be composed of cut and paste magazine images, but which are actually photorealist paintings of collages. Across the room, a large abstract ‘painting’ (Carne, Meat, 2011) made with layered foundation make-up on board presents a continuation of age-old attempts to deceive nature, that only ever partially succeed: close inspection of a work, or a person, will always reveal the material that lies beneath the surface: the painting gives way to raw paint and canvas, whilst the heavily made up model is pictured as flesh and bone. Attesting to this very point, the one video in the show, l’artista (The Artist, 2011), presents the application of make up played in reverse.

The centrepiece in the gallery’s main upstairs room, Eterno presente (Eternal Present, 2011) is a resin sculpture of a bald male head wedged between a plinth and a mirror, which, in mirroring the work, presents the head and plinth in their usual relationship. Such a formation questions the sense of deception: ultimately, try as we might to escape our fate, it’s all smoke and mirrors and when the smoke clears and the mirrors lose their allure, one is left confronting oneself. Iaia deftly points to this fact from within a culture where image and deception are crucial to everyday life. 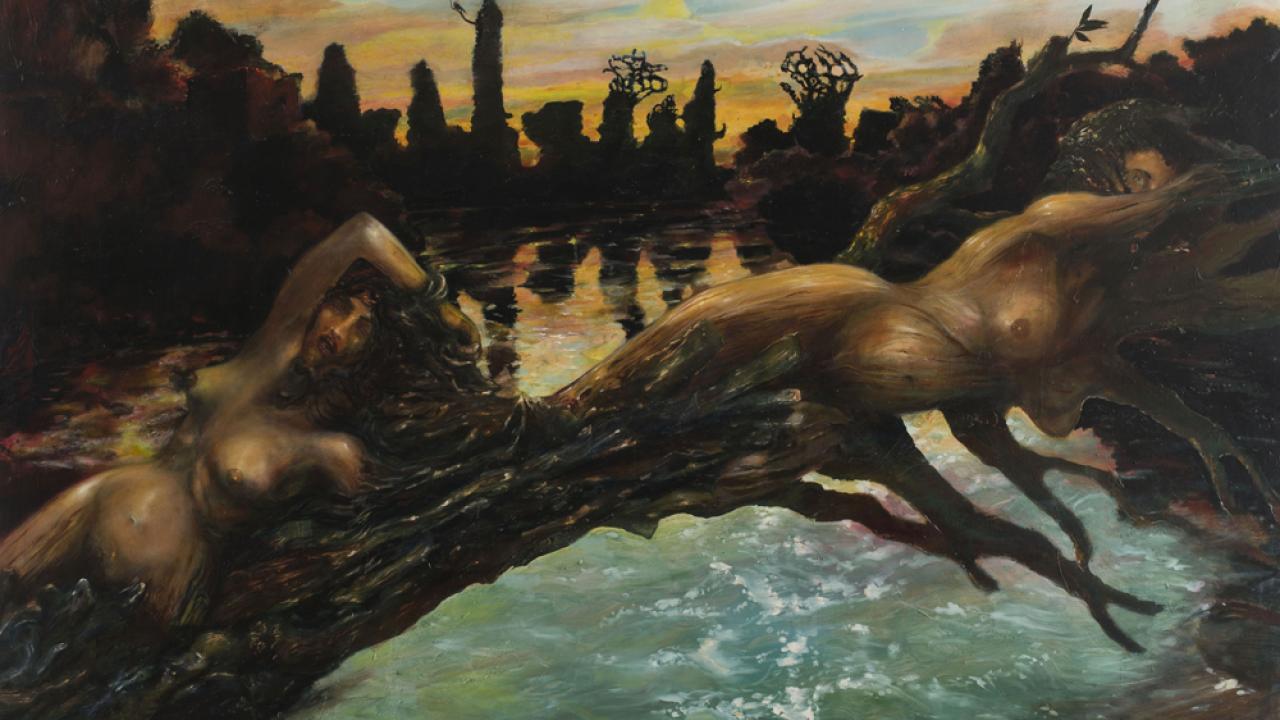 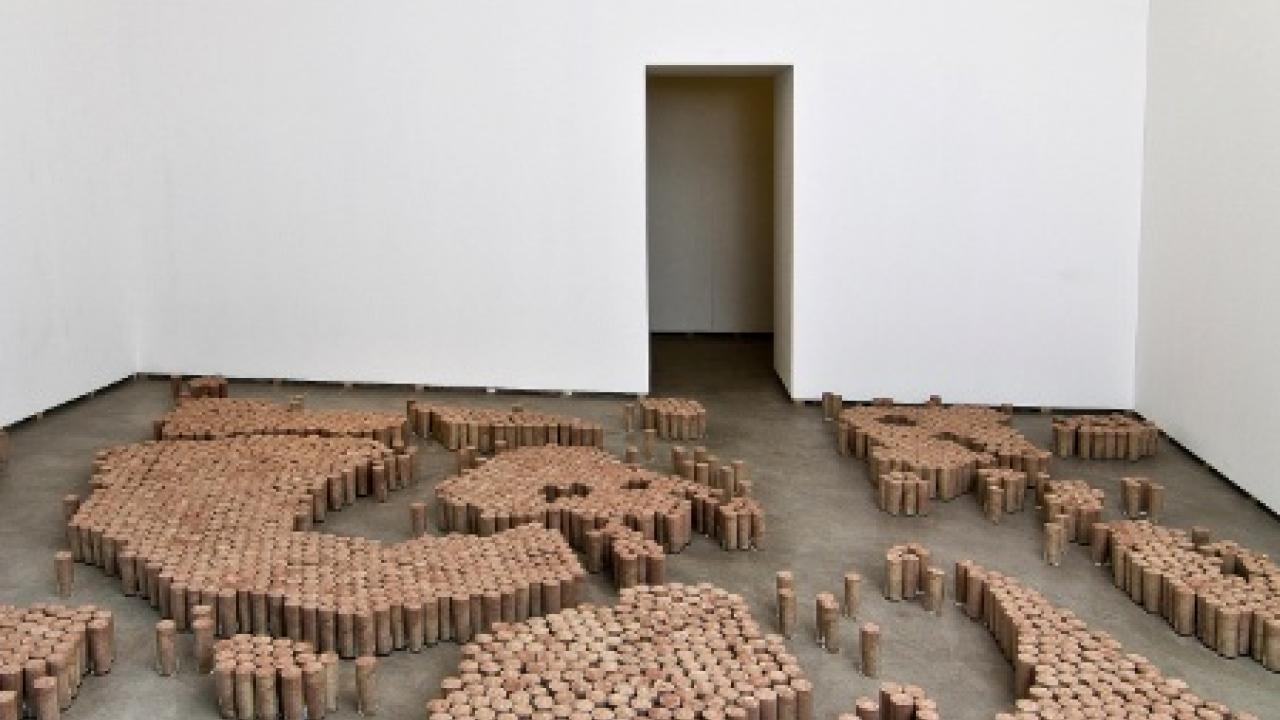