‘I’ve always wanted to challenge the didactic rigidity of the museum and its architecture,’ the artist Do Ho Suh writes to me in an email. Suh’s work exists in an exploratory realm between sculpture and architecture, sometimes partaking of drawing, as well. Famous for his soft actual-scale renditions of Korean architecture and Western residential structures (what he terms ‘translucent fabric home[s]’), the artist frequently plays upon our expectations regarding oppositional pairs such as hard-soft, opaque-translucent and miniature-monumental, to name but a few. As the critic Janet Kraynak observed in a 2001 Venice Biennale catalogue essay, Suh engages with some of the same concerns and strategies as practitioners of minimalist sculpture, generating conditions of visual investigation under which the viewer must toggle between the experience of viewing a field and that of focusing on a discrete object. The inability to come to rest on one side of this binary results in a state of suspension – an opening of pre-existing categories, along with a reorientation of the viewer’s senses.

Suh tells me: ‘I’m interested in 1:1 architectural scale because those dimensions are worked out according to our anatomy; it’s how we live and it’s imperfect and complicated but fascinating.’ You feel joy being near one of Suh’s monochrome polyester forms, as well as a certain alarm, as their walls and fixtures shimmy uncannily with the displacement of air. These large, garment-like creations are simultaneously bright and ghostly, qualities that raise questions about what exactly familiarity is – for we recognize Suh’s structures as architecture, even as we see them as insubstantial, kite-like entities designed to make us look at what is normally invisible: space itself.

Suh explains that his interest is in conserving ‘the textures of everyday lives that are usually absent from the archive’. Of the fabric pieces, he notes: ‘I draw on centuries of tradition of working with fabric in Korea,’ adding that he has ‘a total respect for the craft and the artisans who work alongside me to make the sculptures and it’s partly what inspires them, but it’s not what I’m most interested in communicating.’ Suh refers to the process of measuring the surfaces he re-creates in cloth as a subjective ‘act of memorialization’, in which error is unavoidable. The imperfection of these works – errors in measurement and sometimes spelling where text appears – allows them to take up space and point to sometimes grand architecture without themselves partaking of the aesthetics of monumentality. Indeed, if we look beyond Suh’s work in fabric to sculptures made of harder materials, his questioning of authority and architectural drama becomes more pronounced. Public Figures (1998), an inversion of the monument form in which hundreds of tiny bronze figures support a marble plinth, and Unsung Founders (2005), a similar structure honouring enslaved and free African Americans whose labour contributed to the building and day-to-day operation of the University of North Carolina, encourage the viewer to look down instead of up. He writes that these reversals are important to him ‘because, in Korea, where there is a long history of oppression, we have a term, mincho, for the general public or the oppressed classes, which translates as “public grass”.’

Suh’s art is often described as a response to globalization, and there are various factors that make this assessment convincing, not least among these the constant travel that is endemic to professional life in the globalized art world and which he has long thematized. Suh was born in Seoul in 1962 and came to the US to study at the Rhode Island School of Design, where his work in fabric architecture was a way of addressing the ‘jet lag’ of spatial displacement and disorientation. As he tells me, he first measured his living space while a student in order to ‘clothe myself in the bedroom of my childhood’. He writes expressively of the ongoing nature of this project – what he terms the ‘accumulation of memory and experience at this point in my life’. ‘Home is what we carry with us,’ he maintains, seeing this fact as an ambiguous expression of the search for comfort in the face of dispossession. ‘I believe in the body’s profound ability to transport and move and adapt,’ he writes, ‘but I’ve only grown more conscious of the catastrophic consequences of being forced to leave your home and that is key to these questions. There are currently more than 80 million people in the world who have been forced to flee their homes. It is a cataclysmic crisis.’

Lucy Ives is a novelist, poet and critic. Her most recent book is the short story collection, Cosmogony (Soft Skull Press, 2021). In October 2022, Graywolf Press will publish her third novel, Life Is Everywhere. She lives in Vermont, USA. 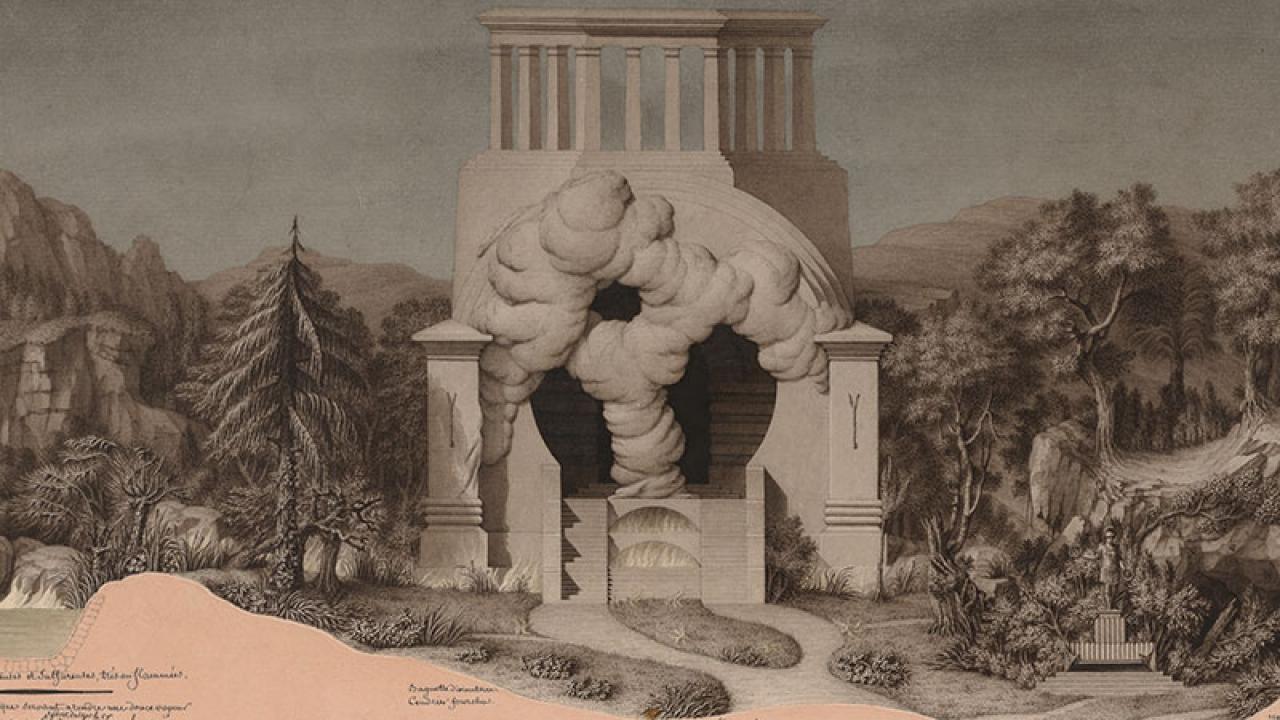 Features , Thematic Essays
How Artists Have Transformed Their Homes Into Other Worlds

For John Boskovich, Jean-Jacques Lequeu, Florine Stettheimer and Niki de Saint Phalle, obsessive decor served as ‘preparation for a voyage to another plane’