The starting point for Dorit Margreiter's exhibition 'Everyday Life' was a stage covered in black fabric. Half of the backdrop was covered with coloured wooden panels, while the other half was open to reveal a set of video screens. It looked like the building frame of a bungalow under construction, and it brought together a number of themes that resonated through the gallery.

Key reference point for the show was Pierre Koenig's Case Study House # 22 (1960), or rather, a reproduction from Harper's Bazaar of Julius Shulman's famous photograph of the house, showing it hovering like a spaceship over the twinkling lights of after-hours Los Angeles. A video featured the house's owner, Charlotta Stahl, talking about the money she has earned renting the property out to film and fashion companies. But the popularization of modern architecture in film was only one of Margreiter's themes. Another was architecture's everyday role in creating identity. This was already hinted at in the exhibition guide, which explained that the wall panels were identical in colour to those used by the American lifestyle guru Martha Stewart for her interior decoration products, sold under the brand name 'Martha Stewart Everyday'.

The video Short Hills (1999) drew on Margreiter's own family history, as the daughter of a woman who had emigrated from Hong Kong. She visited her teenage cousins, now also living in the USA, and now apparently addicted to TV soap operas. The video - played on a VCR unit that was itself placed on a green model landscape, like a house in the hills - showed interviews with the teenagers before moving on to explore the architecture featured in the soaps. The shows' Disneyesque suburban aesthetic mirrored exactly the dream-home reality of the environments inhabited by Margreiter's relatives. And the insidiousness of mass-media influence was revealed by a set of plans for a new living room cupboard - shown as a blueprint and designed to fit the various electronic gadgets that are to be stored in it. Another example of Margreiter's technique of using 'found' biographical material was a work that appropriated an ad for an Austrian kitchen company (Everyday Life 2001). It shows the artist's mother, Elaine, carefully cooking chop suey from a printed recipe: the dish was invented by US immigrants and is unknown in China.

However, the show was more than just a neatly ordered, three-dimensional study in cultural science. One of Margreiter's recurring themes is the architectural context and the role that a building's spectators, or rather 'users', play in its creation. Here, as the sun went down, visitors in the central downstairs gallery could look up through the glass ceiling at a concrete wall dividing the exhibition space from its surroundings. Onto this wall Margreiter projected Long Shot (2001), a video of a landscape she had filmed in Monument Valley. The space was thus turned into something like a drive-in, and the gallery architecture itself took on an artificial quality, like another video projection in the complex network of recycled images.

Matthias Dusini is a writer and editor of the magazine Falter. He lives in Vienna. His most recent book, written jointly with Thomas Edlinger, is In Anführungszeichen – Glanz und Elend der Political Correctness (Quote Unquote – The Splendour and Misery of Political Correctness, Suhrkamp, 2012). 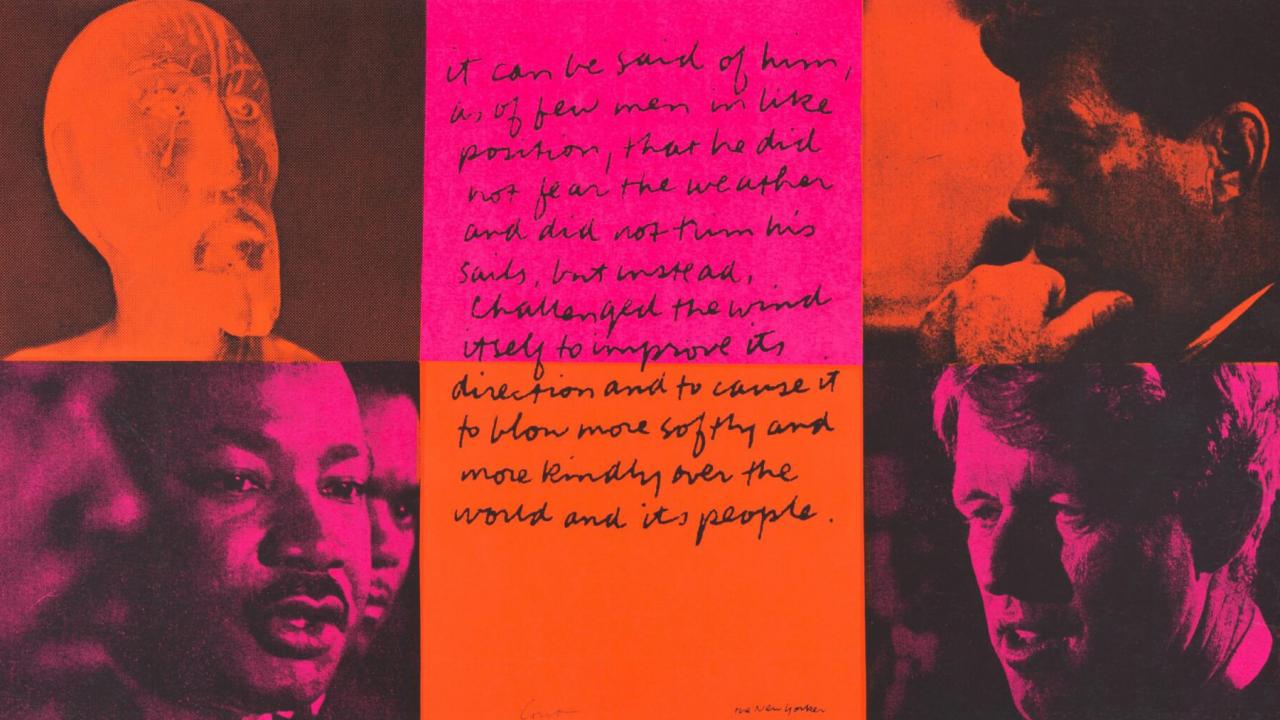 A retrospective at Taxispalais Kunsthalle, Innsbruck, shows that the artist was bold both in her combinations of typefaces and in her political statements 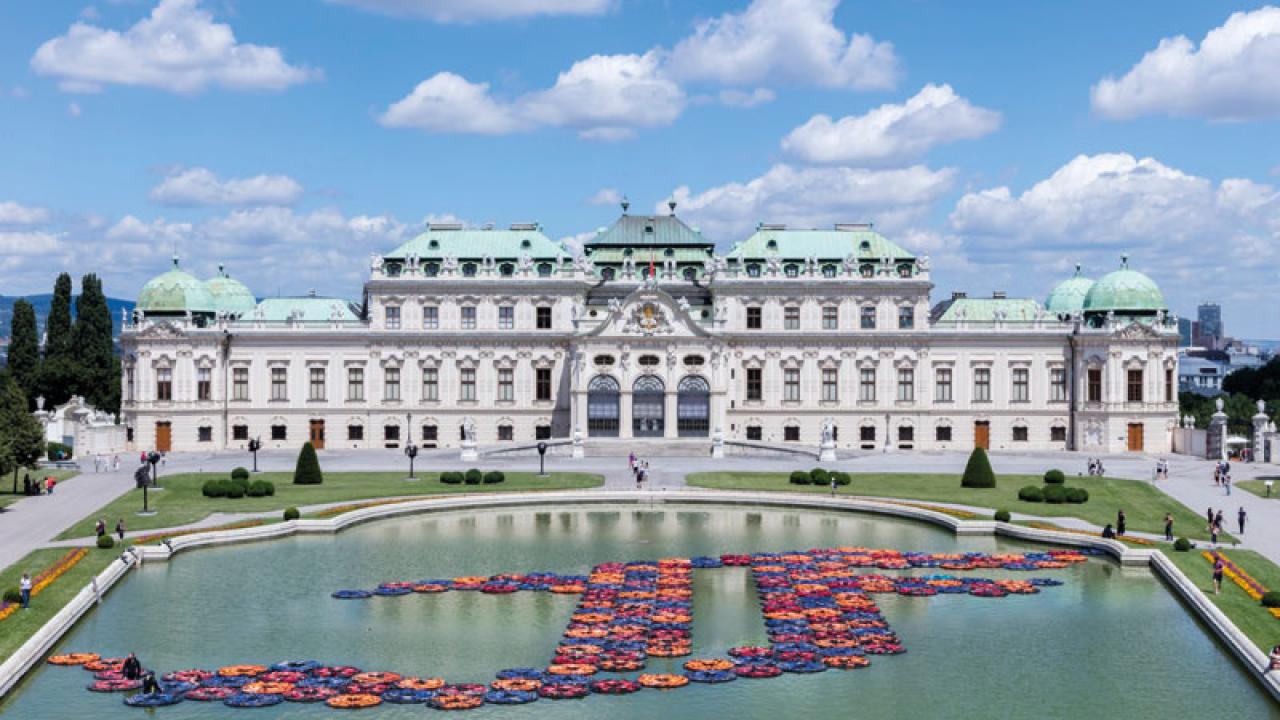 Trouble in the museums and presidential palaces of Vienna 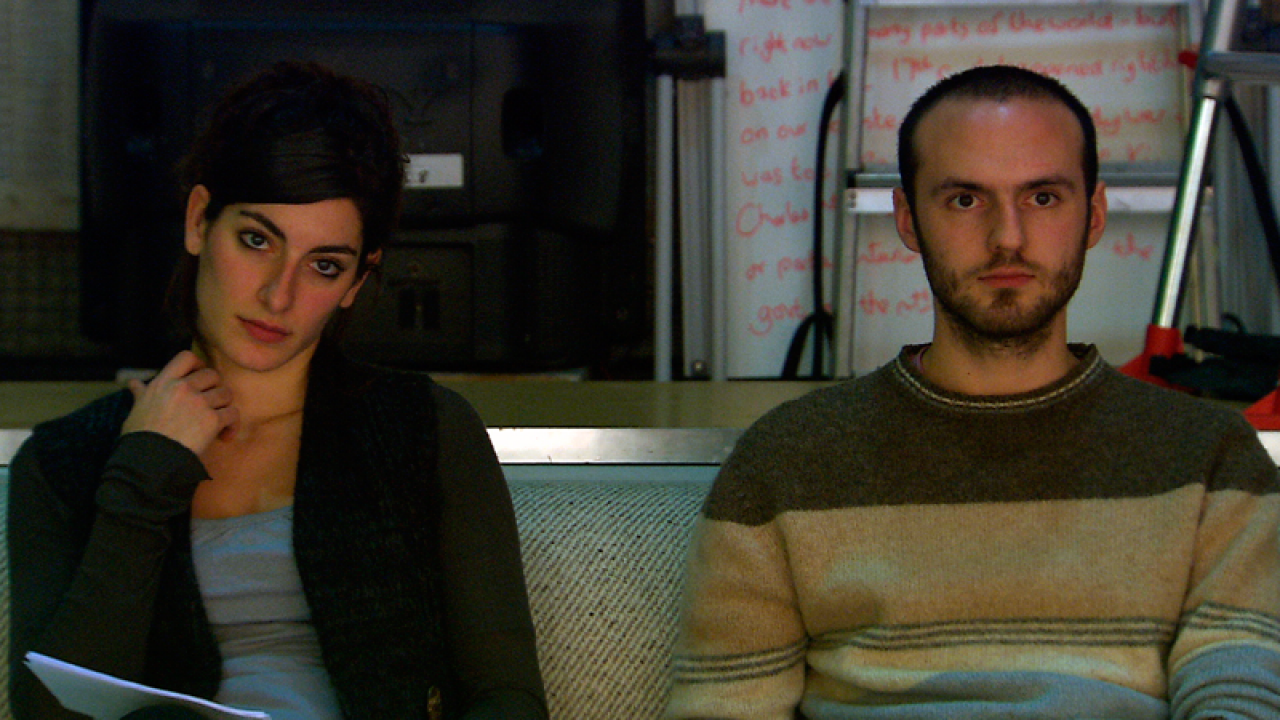 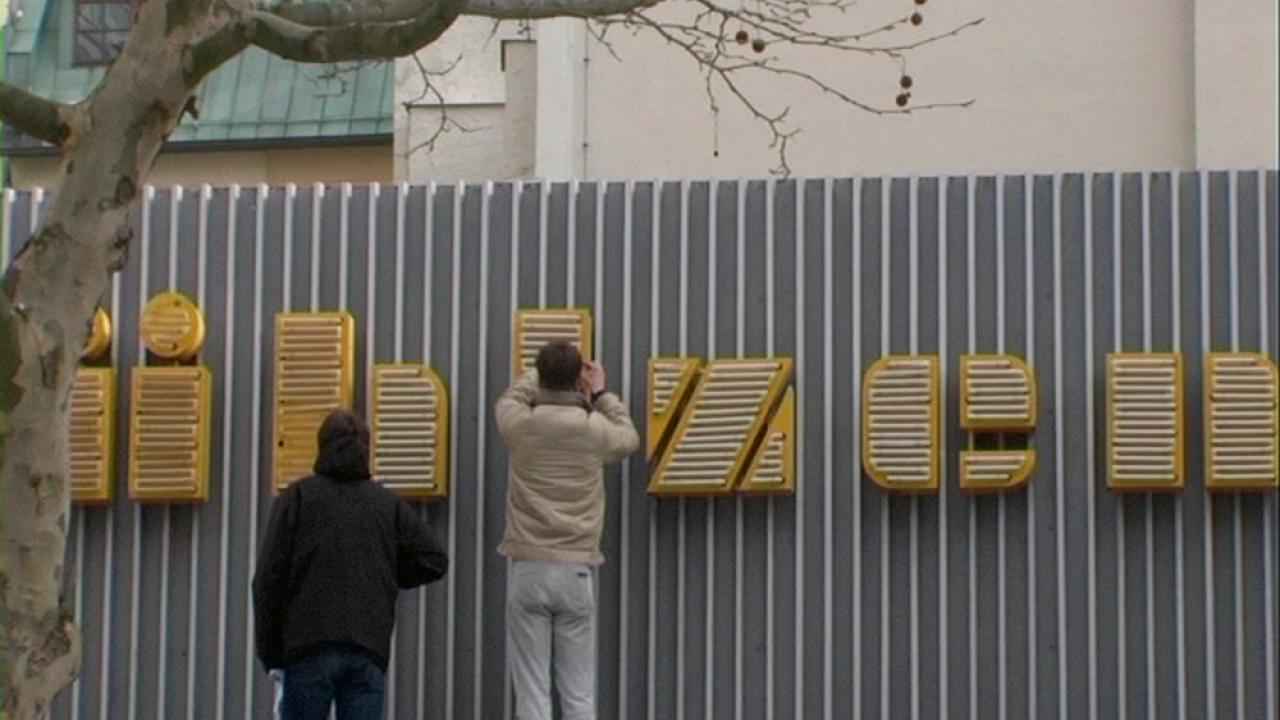