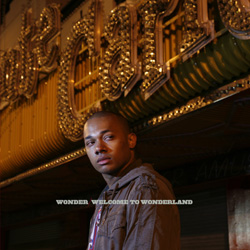 East London label Dump Valve’s catalogue numbers aren’t even in the 20s yet, despite the fact that their first 12-inch release – DJ Target’s ‘Earth Warrior’ – was back in 2001. Although most of the imprint’s output is produced by members of original Grime crew Pay As U Go Cartel and Rinse FM regulars like DJ Wonder, early instrumental offerings such as Wizzbit’s ‘Jam Hot’ and Geeneus’ ‘Detroit’ have more in common with early releases on Warp Records than with So Solid Crew.

The links between Britain’s most renowned electronic label, Warp, and Grime’s most sonically radical producers aren’t as tenuous as you might believe. Warp’s early releases were by white and black working-class producers who sought to create a new, totally British dance music, steeped in both Kraftwerk’s sharp, pristine eight-bit electronic shapes and Jamaican dub’s low-end propulsion. Wiley’s Dump Valve 12-inch ‘Avengerz’ (2006) has an uncanny resemblance to the ‘bleeps and clonks’ of Sweet Exorcist – the brilliant late-1980s’ Warp collaboration between Cabaret Voltaire’s Richard H. Kirk and DJ Parrot (later of All Seeing I).

Since Indie Rock writers in the early 1990s shamefully prefixed ‘intelligent’ to Dance music – especially Jungle – to distinguish white dance producers such as Aphex Twin, Autechre, Photek and T-Power from their black counterparts, there now seems to be a reluctance to over-intellectualize black music forms – especially as ‘intelligent dance music’ seemed to mean little more than white Aphex copyists or, worse still, in the case of ‘intelligent drum ‘n’ bass’, a predominantly awful jazz-lite that sounds more like Kenny G and Al Jarreau than Miles Davis and John Coltrane. Perversely, this today seems to be to the detriment of experimental producers working within the narrow confines of the Grime genre. Now that the Harmony Korine and Vice magazine generation equate dark, violent and dumb with cool and fashionable – whether Norwegian Black Metal or New Orleans Rap – this means that, even if Wiley was to confess a penchant for Krzysztof Penderecki or Throbbing Gristle, it would probably be to the detriment of his image. It’s better for him to continue releasing ultra-violent raps such as ‘Gangsterz’ (2006) and saving his weirder instrumentals for Dump Valve. The coming weeks will see a whole LP’s worth of warped Wiley instrumentals, tentatively titled Eskimental.

‘What’ (2004), by DJ Wonder, is perhaps Dump Valve’s definitive release. Combining oriental chimes that sound like Ryuichi Sakamoto with a bass as dense and thick as smog, its influence on South London’s dubstep scene has been immeasurable. (Digital Mystikz’ recent ‘Misty Winter’, 2006, was so similar it could’ve passed for a remix.) Last November saw the release of his début album, Welcome to Wonderland. Although it featured a cast of leading names in UK Hip-Hop and R&B, including Mpho Skeef and Kano, its production was still more wayward than anything being offered by the electronica scene. In the last few months Dump Valve releases have stepped up their game considerably, and all their releases are excellent. Shots’ ‘Ghost EP’ keeps the oriental flavour of DJ Wonder’s ‘What’ while also being reminiscent of the dystopian Detroit techno of Suburban Knight. Danny Weed’s ‘Kick Off’ mirrors the gothic Electro of Coil’s ‘Horse Rotavator’, and Roll Deep member Scratchy’s ‘Shangooli’ recalls early Jeff Mills and Robert Hood.

Dump Valve continue the fine British tradition of white and black working-class kids creating frontier music, a tradition that runs from Joy Division and A Certain Ratio right through to Autechre, Plaid, Dillinja and Optical. You can label it however you want, because that culture of rhythmic experimentalism will always keep mutating – as long as there is cheap music software and provided there are forward-thinking labels such as Dump Valve to release the results.