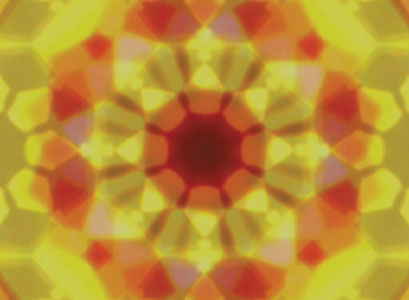 The most striking and resonant aspect of ‘Fusion Now! More Light, More Power, More People’ was its inversion of a maxim that has become deeply fixed in our minds: in order to save the planet we must restrict our use of energy. For such a huge topic the exhibition at Rokeby Gallery was small, although curator JJ Charlesworth and his coterie the Manifesto Club – an independent socio-political think-tank of which Charlesworth is a member and that lent support to the show – insist the catalogue is ‘half the exhibition’. So, according to Professor Mike Dunne’s catalogue essay ‘Fusion Energy and the HiPER Laser Project’ (all works 2007), practical use of unlimited and more or less clean energy through nuclear fusion is only a few years away. While making the usual noises about the art works being a non-didactic response, the rhetorical instruction foregrounding the exhibition is refreshingly clear: think about using more energy, not less. We should learn to stop worrying and love the bomb.

It may be missing the point just to think that with functional nuclear fusion we’d be able to leave the television on stand-by with a clear conscience. The concept does for energy what digitization has done for media, its pro-energy-use, anti-limitations rhetoric stoking the imagination enough to realize that the new technologies and economic structures heralded by a potential age of unlimited power should be conceptualized now.

The science-fiction potential of the show lay with Sam Basu’s sculpture Undecidability Meme Diffusion, looking like a segment of the set of television series Babylon 5 near the entrance to the gallery. It is formed of clusters of empty industrial cotton reels, arranged in honeycomb grids and lit from behind with blue fluorescent tubes. It somehow combines elements of the technological imagination of the industrial age with the science fiction settings of the postwar 20th century. There is a reminder here of how quickly technology-inspired visual culture becomes stylistically dated; but it's fun to reflect that perhaps in nuclear fusion another bonkers futurist visual culture may also be at hand.

A more persistently speculative inquiry in ‘Fusion Now!’ might have been furthered by cross-disciplinary discussions or the inclusion of more performative and critical practices. In the absence of what would clearly be quite a sexy set of discussions were several works that offered a critique of the conditions in which ideologies such as environmentalism get played out. Laura Oldfield Ford’s large, absorbing drawing Your Decadent Sins Will Reap Discipline highlights the inconsistency between bourgeois environmentalist lifestyles and the stranglehold of economies of scarcity. The material grotesqueries of low-income life depicted in pencil make clear the class differences in notions of ‘energy efficiency’, its moral high ground contrasting strongly with the undeniable culinary efficiency but questionable environmental impact of a £5.99 full Sunday roast deal from Iceland. Taking these inconsistencies further, the group WITH’s imitation corporate ‘creative studio’ basement installation g – Part 1: Think-base Artefacts is an elaborate and accurately aimed satire. However, it feels like political-art-by-numbers and risks making a straw man of environmentalism by conflating it with corporate co-opting of ‘green’ issues. The points scored within the installation are almost more irritating than the Innocent Drinks-style corporate chumminess it’s parodying in the first place.

Playing more on the imagination, however, were dystopian nuclear visions, particularly John Russell’s Green (Ocean Pose), whose misshapen canvas screen print bulges like a malignant growth, adorned with monstrous forms and pained figures. Mark Titchner’s Ivy Meet Mike, a kaleidoscopic video animation of footage of the first hydrogen bomb experiment, code-named Ivy Mike, resonates with its evocation of pure, elemental power. It’s a progression from his preoccupations with the language of suggestion and mind control. The audio repeatedly growls ‘yes’, suggesting acquiescence both in the future of fission and in the destructive technologies that were necessary in its development.

Such dangers of abundant energy were mentioned in Joe Kaplinsky and James Woudhuysen’s catalogue essay, which quotes trenchant environmentalist Paul Ehrlich likening unlimited power to ‘giving an idiot child a machine gun’. While the Manifesto Club would condemn this joyless mistrust of human nature, the arcane format of a contemporary art exhibition is certainly an indirect way to move scientific ideas towards realization, and this one rather easily accepts art's commentary role, rather than its active potential. This at least bears out the notion that an exhibition can be an intensive proving-ground for ideas that currently have no place (or may even be dangerous) within existing ideological structures.

Environmentalism is arguably becoming the default discursive and moral position, and while one may suspect that, for the next 50 years at least, this is for extremely good reason, it is one of art’s more essential roles to startle us into questioning even the most sensible patterns of thought. ‘Fusion Now!’ was provocative where provocation is truly useful and begins the thought experiment without a neutron out of place.