How has Feminism in the art world changed? 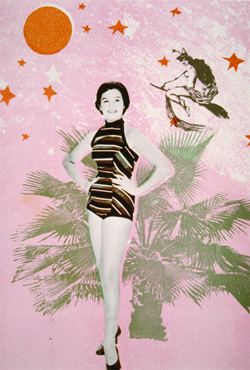 Last summer a friend died. Her name was Arlene Raven, and she was a vital part of the community to which I belonged from the mid-1970s through the 1980s. It was anchored by a nucleus of women artists, writers, curators and activists; many were ‘out’ lesbians, all were feminist. Arlene owed her special standing in the group to her gleefully decorum-breaking advocacy of women’s causes as a founder of the Woman’s Building in Los Angeles, an editor of the journal Chrysalis, a critic at the Village Voice and a speaker.

Inside this enclave I observed the transition from ‘first-generation’ Feminism – improvisatory, rooted in the art world, aesthetically pluralist no matter how ‘gynocentric’, and surprisingly optimistic no matter how angry (change had to come and therefore must be possible) – to ‘second-generation’ Feminism – theoretical, rooted in the academy, generally anti-pluralist and sceptical of the ‘naive’ enthusiasms of some of their elders (such as goddess cults and guerrilla tactics) and basically pessimistic. (‘Late capitalism’ could be critiqued, but its amorphous power could never be challenged.) The backdrop for this shift was the booming scene of the 1980s, in which big bucks chased big paintings and later big photo-mechanical pictures; ‘boys’ with brushes had the overwhelming edge in sales, though ‘girls’ with cameras and media technology were starting to do all right, and almost anyone with a ‘discourse’ could get a piece of the action in the magazines and on the lecture circuit. But as that decade unfolded into the next, the battle of ideas and images increasingly became a struggle for professional turf. Ownership or ‘branding’ of concepts took precedence over their free exchange or free-for-all debate, and ‘difference’ was all too often tabulated in market share and institutional standing. Cindy Lauper may have been wrong when she sang that ‘girls just want to have fun’ – though Arlene never failed to enjoy herself while fighting the good fight – but she was right that ‘money changes everything’.

‘How much?’ is the question. After favouring ‘mainstream’ men (what other mainstream has there been?) until only the richest of the rich could afford top gun Ab-Exers, Pop artists and Minimalists, the galleries and auction houses are reshuffling the deck and bets are rising. So if there are still twice as many Kings and Jacks as there are Queens, the Queens get played more often. Thus matriarchs such as Louise Bourgeois (‘first-generation’ keeper of the faith Lucy Lippard and MoMA curator Deborah Wye got her into the game) and Joan Mitchell (the late Marcia Tucker, another scrappy ‘firster’, gave her a signal retrospective at the Whitney Museum) fetch previously unimaginable sums, though far less than their male equals. Closing in fast are relative newcomers such as the fearlessly ‘incorrect’ Lisa Yuskavage (what’s a right-thinking essentialist or a gaze-returning critiquer to do with those bodies?), the in-your-face stylist Jenny Saville, the hit-or-miss Marlene Dumas and the over-rated Cecily Brown. All traditional painters, they are right up there with their male contemporaries, and ahead of the Neo-Ex brat packers of the 1980s who so outraged the ‘second generation’. In Conceptual photography the market counterparts (all older) are the unrivalled Cindy Sherman, who deserves everything that has come her way, Louise Lawler, who deserves more, and Barbara Kruger, who deserves better.

But is this progress or equal opportunity reification? Is a ‘feminine’ commodity good for Feminism, good for women, good for anybody any more so than a masculine one? And what of other cultural currencies? In a bid to set itself apart by more than local geography, the Brooklyn Museum has opened the Elizabeth A. Sackler Center for Feminist Art under the direction of curator Maura Reilly. Its first major move was to acquire Judy Chicago’s The Dinner Party (1974–9), the Delta of Venus extravaganza that rallied countless non-art world women to Feminism while driving a wedge between the first and second generations within it. This month, in collaboration with feminist doyenne Linda Nochlin, Reilly mounts an international survey of women’s art of the last 40 years. As eager as I am to see what the two curators have found and how they frame Feminism today, I await the show with mixed feelings, given the spasmodically, mostly crude, populist approach to just about everything that the Brooklyn Museum has taken in recent years and the more general risks that adversarial tendencies run when they yield to the entreaties of big institutions. Is such an embrace a consummation devoutly to be wished, or should we hear the echo of Jenny Holzer’s ‘Protect me from what I want’?

Robert Storr is a critic, curator and Dean of the Yale School of Art. He is Director of the 2007 Venice Biennale.