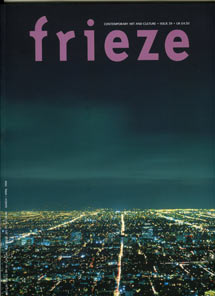 The Good The Bad and The Ugly

'I really like late Picabia' is fast becoming a catchphrase for art viewers everywhere. Paul McCarthy declared his love for the work some time ago, and voices are joining in across Europe. During the last nine months a veritable Picabia wave has swept from Hamburg and Copenhagen to Rotterdam and Zurich. Everywhere it's the late painting - especially the erotic works - that are being elevated to new heights. These tacky nudes, painted in bright complementary colours and thick black outlines, have traditionally been seen as embarrassing examples of an old, confused painter's lack of self-criticism and/or lust for easy money, but suddenly everybody loves them.

'Picabia is our fascinating contemporary who does not believe in progress', declares Harald Szeemann. 1 The fact that Picabia worked in so many styles and toward the end of his life didn't seem to take any notice of distinctions between figurative and abstract, high and low, avant-garde and reactionary, does have a certain relevance to our own confused times. Much of what's interesting about Warhol and Polke - not to mention the appropriation artists of the 80s - is present in his production of more than half a century ago. As one critic recently put it: 'Picabia's uninhibited treatment of art, his plurality of styles, his quotations of himself and others naturally encourage reference to today's equally allusive varieties of postmodernism. It is as if Francis Picabia had anticipated the end of painting in its endless, ongoing self-reflection.' 2

The fact that Picabia appropriated images from the most varied sources is well established. What makes the erotic paintings from the 30s and 40s hot stuff today is a recent discovery by art historian Sara Cochran, made public in an article last year. We already knew that Picabia found inspiration in scientific journals, Catalan frescoes, American advertisements, the 'pink pages' of the Larousse dictionary and the writings of Nietzsche, but the latest spicy revelation is this: Picabia copied photos from the pornographic magazines Mon Paris, Paris Magazine, and Paris Sex Appeal transforming these black and white nudes into lurid paintings. 3 Sometimes a figure has been edited away, or two images combined, but generally the procedure is fairly automatic. In spite of the bright colours, Picabia's images are just as mechanical as the original photos. He has not imbued them with any more life, and that's what's really interesting about them.

The dialectic between the spontaneity of painting and the mechanisation of photography is, of course, not unique to the nudes. When criticised in 1921 for having simply copied a scientific drawing of a turbine, he replied: 'The painter makes a choice, then imitates it; the deformation of this choice constitutes art.' Picabia applied this method to various sources - there is no difference in principle between machines and soft-porn photography. First comes the choice, then the 'artistic' appropriation (just as Duchamp described the creation of a ready-made: first the choice, then title or caption). Since it's a question of painting, the appropriation can be divided into two stages: painterly imitiation and deformation. It's the latter that constitutes 'art', says Picabia. However, sometimes the 'art' consists of doing nothing.

He created around a hundred nudes for the Galerie d'Alger, all of which were the same format (105 x 75cm). Since they were produced during World War II, one of the reasons for this standardisation may well have been pecuniary, but the almost Warholian sense of mechanisation is intensified through this uniformity; given the artist's keen sense of irony, I doubt he would have varied the formats if given enough canvas. Mechanisation rules the entire project. It makes me think of Emile di Antonio's famous story about a visit to Warhol's studio and the birth of Pop: 'He had painted two pictures of Coke bottles about six feet tall. One was just a pristine black and white Coke bottle. The other had a lot of Abstract Expressionist marks on it. I said 'come on, Andy, the abstract one is a piece of shit, the other one is remarkable. It's our society, it's who we are, it's absolutely beautiful and naked and you ought to destroy the first and show the other'.

Picabia's nudes, of course, are light years from industrialised Pittsburgh. But interestingly enough, Warhol's pioneering decision not to add to or reduce from the mass-produced imagery was anticipated by Picabia's choice not to make the erotic photos more 'painterly', but to let specific features of the photographic images reappear in the paintings - where they become even more conspicuous, since they don't seem to fit the medium. As pointed out in the catalogue accompanying Chris Dercon's & Zdenek Felix's large Picabia exhibition at Hamburg's Deichtorhallen last year, most of the nudes have something distorted about them. The extreme naturalism of the photographic image does not create a sense of 'reality' when rendered into painting. Instead, it produces odd perspectives and even bodily deformities: a girl's neck appears strangely extended, one arm is much longer than the other, or the posture highly artificial. It seems that Picabia consciously chose photographs in which such distortions were present, and there is a sense that these effects interested him far more than the eroticism of the motif. Thus the clash between painting and photography constitutes the very theme of this project.

Picabia's use of photographic images in the painterly process is, of course, by no means new, but his mechanical reproduction of mass-produced soft-porn images in bright colours really makes him something of a Pop artist avant la lettre. In addition, his work constitutes an interesting reference point in the ongoing discussion concerning art and popular culture. And that, no doubt, is one of the reasons why Paul McCarthy and Mike Kelley have used his nudes in their recent collaboration, An Architecture composed of the Paintings of Richard Powers and Francis Picabia (1997). This project - recently exhibited at Copenhagen's Charlottenborg - consisted of a maze-like construction whose walls were huge replicas of works by Picabia and Richard Powers, an American science-fiction illustrator who found inspiration in 'bio-morphic' abstraction. This European art movement was never really accepted in the US, and instead became influential in sci-fi and other Hollywood sub-genres. Picabia and Powers thus represent opposites in the labyrinthine flow of influences between high and low: one steals from art, the other from popular culture. In McCarthy and Kelley's maze, they join forces in a perplexing economy of images.

This circulation between high and low has become even more confusing now that artists whose creations would be unthinkable without the influence of popular culture have become the source of inspiration for new layers of popular culture itself. In advertisements and music videos one sees obvious traces of work by video artists (such as Pipilotti Rist and Matthew Barney) who originally received much of their energy from similar forms of visual expression. What, then, is high and what is low? McCarthy and Kelley's architecture - itself probably an example of 'fine art', since it's on display in a museum - doesn't provide an answer, but succeeds in manifesting this sense of confusion. The fact that Picabia's erotic paintings play a prominent role makes perfect sense.

Many of the late Picabias really are pretty awful - horrible from all perspectives, including the pornographic. But there are exceptions, like Deux amies (1941-42), which is great from many perspectives, including the pornographic. Who needs speculation about high and low or the dialectic of mechanisation and spontaneity when you can ponder Picabia's own declaration: 'My painting is a woman who doesn't want to hear talk of her husband when making love'?