A report from the first Kunsthalle Roveredo summer residency programme. 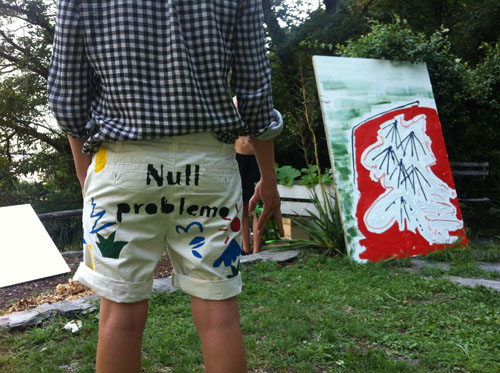 ‘The Alps: a year-round tourist destination’ states Switzerland’s tourism website www.swissworld.org. But Europe’s largest mountain range stands for more than just tourism. Home to thousands, and bridging several countries and languages, over the centuries the Swiss landscape has been a muse and source of inspiration to countless artists and writers.

Friedrich Nietzsche had a room in Sils-Maria, close to today’s glitzy hotspot of St. Moritz, while Hermann Hesse preferred the Italian-speaking Montagnola. This year, the small village Roveredo, near the Italian border, hosted five artists, a curator and a graphic designer. Invited by curator Elise Lammer to spend seven days in this remote village, they took part in the inaugural season of an annual residency programme for artists, writers, and curators in an idyllic house in the vineyards of the Molinera mountain, provided by the Kunsthalle Roveredero. 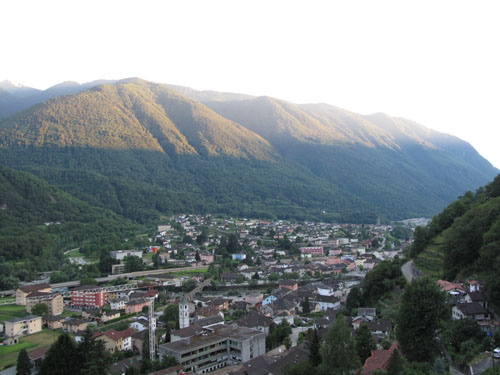 Residency programmes are an opportunity for artists to travel abroad and directly experience different cultures and spend time in a foreign community. Their travel results in research, and new input. It is beneficial then that these programmes are popping up everywhere and that national foundations are eager to contribute to these valuable instances of cultural exchange. Well-equipped studios, apartments, as well as a financial support, allows the independence to concentrate and explore foreign environments. 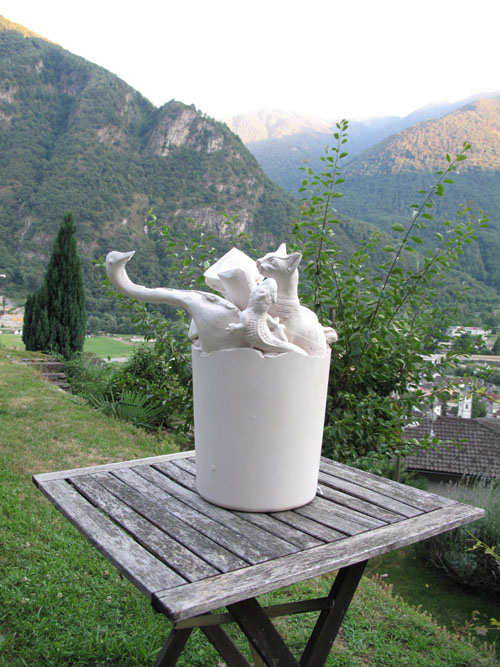 But programmes which focus on intellectual exchange are in a sense more useful. Kunsthalle Roveredo is such a place. Elise Lammer invites artists to spend time together, and share thoughts and ideas. There was no pressure to produce works, which are often difficult to ship back, or even create works at all within the short period of time. 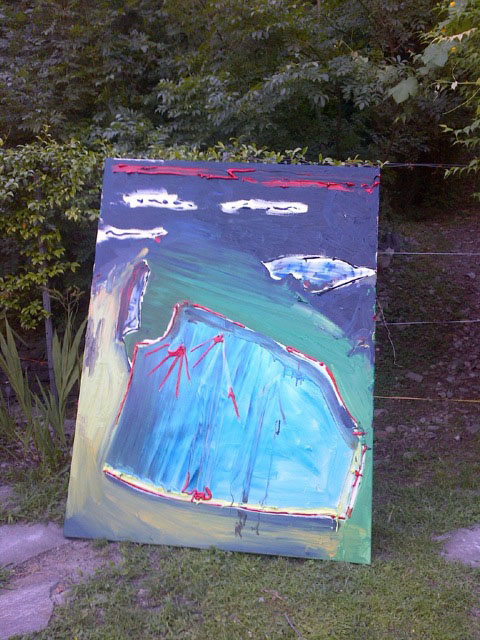 Rohss collected memorabilia from the house and made a plaster cast. Sunken in the cast of a bucket, these forms and figurines became nostalgic memories of past adventures of previous inhabitants. In the same building as Rohss – and where next season Kunsthalle Roveredo will have a proper exhibition space – German painter Ruf created a series of large-scale canvases. These works, bound together face-to-face in pairs while wet, will be transported to his temporary Berlin studio to be unpacked and finalized. The process of the two works impacting each other’s surface is essential to his practice. Beaudemont worked on a site-specific installation: a shrine made out of concrete casts that one evening was transferred onto a plinth to hold up the all-pink cakes that was served to the residents. Orlow used the time to outline his newest video work, while curator do Carmo Pontes edited the newest publication by the Museu de Arte Moderna de São Paulo, and Ramert, a Berlin-based graphic designer, finalized the corporate design of Kunsthalle Roveredo. 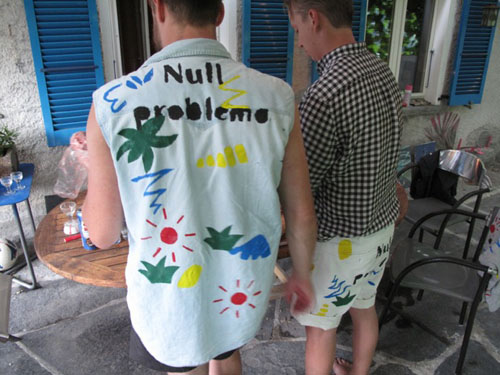 Lammer, who amongst other things founded Hotel Palenque, a nomadic programme that presents artist’s commissions in spaces across Europe, is to be credited for the residency programme that while short in duration, is well organized in terms of the selection of residents and its activities. It seems the artists enjoyed themselves and had the possibility to focus, think, and work. Hardly before have I experienced a group of strangers living together in such a productive and harmonious surrounding. The surrounding mountains offered them protection and shelter from the summer’s heat and hectic city life: ‘The Alps: a year-round artists’ destination’ may be a more fitting description.

The projects and ideas that started at Kunsthalle Roveredo will be presented at MJ Gallery in Geneva from October 31 – November 28, accompanied by the launch of a publication with stories written by the artists.

Fabian Schöneich is a curator and writer based in Berlin, Germany.

Comprising scents from all over the world, the artist’s retrospective at Astrup Fearnley Museet, Oslo, considers how smells can speak to discourses around capital, class and colonization