[member:membership-name]
[member:full-name]
VIEW MY DASHBOARD
BY Isobel Harbison in Opinion | 27 MAY 11 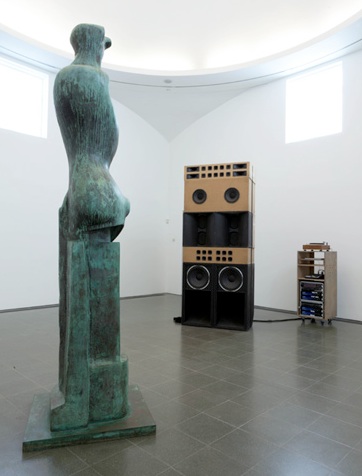 Earlier this week a piercingly negative review by Jonathan Jones, of Mark Leckey’s Serpentine Gallery exhibition, was published in The Guardian. Provoking considerable activity on the online Comments section, the piece also raises a number of questions about the divergent nature of art criticism in broadsheet journalism and art press. Jones’ article includes no significant visual description of any single work in the exhibition, no attention to the works’ context, and no mention of the show’s quite unusual exhibition design (which includes curving corridors and rounded moldings linking wall to floor) in what is Leckey’s first retrospective in a UK institution. The review instead amounts to a pointed condemnation the artist himself, with curt and uncomplimentary reference to his 2008 Turner Prize award.

In the two days since it was posted, the review has provoked (at the time of writing) close to 300 comments – among them, responses from Matthew Collings and Alessandro Raho, as well as Leckey himself. There has also been a staggering 30 (at last count) counter-responses from Jones, including a claim about his connoisseurship, validated by his having judged last year’s Turner Prize, while emphasizing his dedication to the responsibilities of ‘addressing a broader public’ than he proposes the art press allows.

Mark Leckey, Fiorucci Made Me Hardcore on Vimeo.

Treated as an event – the review and its responses present a more interesting occasion for contemplation than what was published in and of itself – this indicates a trend in broadsheet art criticism of opinion-mongering and reader-goading. It also highlights a divergence of two media that both aim or claim to report critically on art, and the effects of broadsheet art criticism on specialist art criticism, especially with regard to its readership.

What is broadsheet art criticism addressing and to whom? Without even an accurate description of the exhibition, what The Guardian’s main art critic put forward was an opinion which he later admitted in the comments section was pitched in a sensationalist style for the titillation of the readers. Jones’ interpretation of the gallery’s purpose-painted green galleries as a conscious reflection of the natural greens in the surrounding Kensington Gardens, with no mention of the green-screen technology that Leckey often employs, most recently in a performance at Gavin Brown’s enterprise, New York, late last year (and indicated by the title GreenScreenRefrigeratorAction), raised the issue of foregrounding opinion over acknowledging facts about an exhibition. In his article 13 Confusions, in issue 136 of frieze, Dan Fox proposes avoiding ‘criticism that privileges artistic intent, back-story or the assessment of referential sources over describing what the thing itself did or looked or sounded like. If we don’t need to know what an exhibition actually looked like, do we need exhibitions at all?’ Whether writing in the art press, or more mainstream broadsheet media, surely a visual description of exhibitions when writing about them critically is essential? I am not sure that the film, theatre or literary critics of the same newspaper would be as negligent.

So what is the purpose of this kind of art journalism? If, as he claims, ‘I gave up writing for art magazines years ago because I wanted to address the general public’ (23rd May, comments, 6:30pm), what is he trying to communicate, beyond his own opinion? He, self-confessedly, is interested in very few contemporary artists (24th May, comments, 1:29pm, Jones writes, ‘I believe ninety-five percent of the British contemporary art that is endlessly promoted by galleries, museums and the media is worthless’), which begs the uncomfortable question: why is it such a large part of the subject on which he has chosen – or, more worryingly, been chosen – to write? Again, I think across disciplines, and how shocking a revelation this would be to read from any newspaper’s literary critics that they were not interested in contemporary publishing. Jones is in the enviable position of being able to communicate to a large public about the nature of contemporary British and international art, alongside his subjective opinion, information with which the readers might then be motivated to form their own. By withholding significant description, what the journalist provides is opinion alone.

What is its impact of this kind of flimsy criticism on the ‘non-specialist’ reader? Inherited opinion is one by-product: it polarizes readers who come to suspect not only the calibre of contemporary artists but the professionalism of those working around them before they have even seen work or its exhibition. And to what real ends? Art journalism should act as a valve, not a plug.

And what is the basis, purpose and effect of the antagonism that Jones imposes between newspaper coverage and more specialist publications? To claim that all art journalism in Britain is reductive would be as negligent as Jones’ claim that 95 percent of art shown and reviewed in the UK is ‘worthless’. Indeed The Guardian often publishes contemporary art reviews of a high standard, both positive and negative. However, this recent article and its surrounding comments exemplify a trend of opinion-mongering with very little else besides, a gesture which marginalizes the artist and their works and undermines the specialist curators and critics whose often sole purpose is to bring it to the wider public attention. So, is it wildly optimistic to ask if broadsheet art journalism might help improve the span of this attention by providing the reader with the basic descriptions that art deserves?