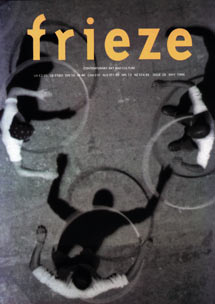 Over the past several years Miltos Manetas has experimented with a variety of media - from painting, photography, video and performance to computer-generated images - producing a body of work that is as visually diverse as it is conceptually intricate. Some of the most successful pieces include the performance/video, Satellites (1991-94), in which the artist, along with several other men, wanders around disguised as a quintessential old woman, hunched and aimless; the video Soft Driller (1995), an absurd mise-en-scène based on an event witnessed by Manetas of two men drinking coffee, smoking, and calmly trading insults; and an ongoing series of photographs called Dementia - ready-made scenes from everyday life of people in various forms of forgetfulness, isolation, or madness. In each of these projects, Manetas takes recognisable, often archetypal, fragments of reality and re-frames them in the context of art - an act that consciously refers back to the symbolic forms of representation used since the Renaissance to portray reality in a spirit of mimesis. In fact, it is the obvious artifice of such staged events and found scenarios, based - like most theatre - on the separation of the real and the probable, that gives them real resonance as works of art.

In Geneva, Manetas has chosen to show a group of five new paintings, four of which refer specifically to his experiments with a Macintosh computer. These include images of simple command or information icons, such as 'Ok', 'Stop', or 'Game Paused', as well as a painted representation of the QuickTake digital camera used by the artist - a strikingly novel example of the artistic cannibalisation of an image-maker. Manetas, however, is not interested in computer technology per se, but rather is searching for an imagery that can represent a contemporary reality dominated by the effects of artificial intelligence, memory and the instantaneous transfer of information. This goal is a direct response to what Paul Virilio calls the 'radical reorganisation of the image of our world due to a new technology-inspired view of history written at the speed of light'. In the midst of such a period of transition, or the passing into a new 'generation of realities', creating an imagery of the present is, at the same time, an urgent and daunting undertaking. Manetas, whose hope is to do nothing less than invent an iconographic system for our age, willingly takes up the challenge.

What is curious then, is the presence in the exhibition of the fifth and largest canvas, of three Cypress tress, one of which bends slightly to the right. Titled Sad Tree (1996), the picture is an oddly romantic, almost nostalgic vision of a pre-technological Mediterranean landscape that is seemingly at odds with the other works here. In relation to the other paintings, it first confounds the viewer then triggers the recollection of a long history of nature painting that, throughout the history of art, has evoked a range of feelings from materialistic envy and aristocratic pride to post-industrial longing. Using this image-memory association to his own best advantage, Manetas has painted three other tree paintings identical to this one, showing two of them at the same time as the Geneva exhibition but in different cities (one in an exhibition in Athens and the other in Bordeaux), as an artistic answer to the instant diffusion of images via contemporary communications media. Falling somewhere between tradition and progress, these pictures are like ciphers that, behind their simplicity, hide important questions about the fate of painting.

Since Marcel Duchamp announced the end of retinal art, painting's death notice has been written many times. But, its enduring status as the defining medium of high art has made it indispensable to many young artists who wish to tackle head-on the complexities inherent in new visual technologies. In this sense, Manetas' latest work is a fascinating attempt at facing up to painting's limitations and potential.