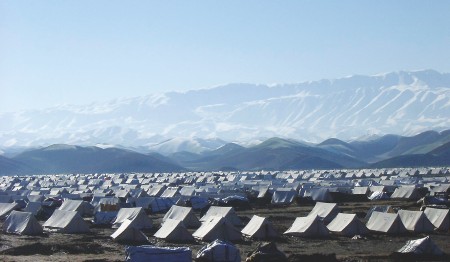 At a pre-Manifesta 7 workshop on the notion of ‘lesser evil’, one of the themes of this summer’s forthcoming biennial, Mies van der Rohe’s High Modernist aphorism ‘less is more’ was charged with political meaning. On the first weekend of February an international ensemble of critics, writers, philosophers, scholars and curators convened in picturesque Annandale-on-Hudson in upstate New York to address the urgent question of what constitutes the ‘lesser evil’, a question that presents itself as the paradigm of our time.

In contrast to the popularity of the ‘metaphysics of evil’, ‘lesser evil’ is a political term. It has been invoked in a staggeringly diverse set of contexts – from individual situational ethics through parliamentary-political choices to international relations. As Eyal Weizman, one of the organizers, put it: ‘The lesser evil has recently been prominently invoked in the context of attempts to govern the economics of violence in the context of the “war on terror”, and to moderate the power of brutal regimes, but as well in manoeuvring through the paradoxes and complicities of human rights and humanitarian aid.’ The question of the ethics and legality of torture in the USA is calculated through this prism (‘preventing a second 9/11’), as well as of NGOs providing Palestinian refugees in the Occupied Territories with supplies (thus enabling and ‘normalizing’ the continuation of the Israeli Occupation – a phenomenon that has been nicknamed ‘the humanitarian paradox’). Grave ethical choices such as euthanasia, mercy-killing and abortion – to name but a few examples – all entail decision-making based on the sliding scale of the ‘lesser evil’ approach. Organized by the Human Rights Project at Bard College, supported by the Goethe Institute New York and hosted by the Center for Curatorial Studies at Bard, this weekend-long workshop tackled the ‘lesser evil’ dilemma head-on. The workshop, led by University of East London’s Eyal Sivan, Goldsmiths’ Weizman and Bard’s Thomas Keenan, is part of Sivan and Weizman’s project for Manifesta 7, commissioned by the European Biennial’s co-curators Hila Peleg and Anselm Franke, which is planned to result in a thorough investigation into the topic during Manifesta 7 in July.

All attempts focused on charting the history and trajectory of the term ‘lesser evil’ as a basis from which to examine the problems of possible political engagement of the present. Aided by a set of questions provided by Weizman beforehand, the scholars tried to present explanations of current problems of political practice and resistance. With the help of some re-readings of texts by Hannah Arendt, Emmanuel Lévinas, Alain Badiou, Jean-Jacques Rousseau, Karl Marx, Thomas Aquinas, Jacques Derrida and Jeremy Bentham, the participants addressed the themes of judgement, ethics, accountability, choice, egalitarianism, totalitarianism and democracy, posing questions of idealism and pragmatism, criticism and practice, collaboration and resistance, naturalization, help and care. Returning from these intense examination sessions, one could not avoid the feeling that this form of ‘evil management’ prevails in all aspects of our interactions and engagements. Among those attending at Bard were Peleg and Franke, curator Adina Popescu, Bard’s newly appointed director of the CCS graduate programme, Maria Lind and Tirdad Zolghadr, who is teaching this semester at the college. Presentations were given by the organizers and by Adi Ophir, Ariella Azoulay, Simon Critchley, Olivia Custer, Renata Salecl, Karen Sullivan and Roger Berkowitz, among others.