Completing an ambitious three-part design history of the ‘short 20th century’, ‘Postmodernism’ is the first exhibition in the V&A’s trilogy that feels entirely comfortable in the contemporary museum. In ‘Modernism: Designing a New World 1914–39’ (2006) and ‘Cold War Modern: Design 1945–70’ (2008–09), the exhibited works were clearly never intended to be looked at under glass. The absence of the new and better world promised was heartbreakingly palpable, and the gift shop at the end necessarily felt like a reminder of defeat. There’s no such melancholia at ‘Postmodernism’: the objects, whimsical tea-sets and anti-functional archi­tectures were meant to be looked at rather than used. Spectacle was never disavowed, so the ‘Ooh, that’s nice’ response is less of a historical insult. And, most of all, the V&A’s shop is an integral part of the show, heralded by the same neon signs that are used throughout the exhibition itself.

That’s partly because Postmodernism didn’t end in 1990, contrary to curators Jane Pavitt and Glenn Adamson’s claim that it imploded in a blizzard of coke and cash at the end of the ’80s. What did end sometime in the early ’90s is the Postmodernist style. This was a restoration aesthetic for the end of both postwar social democracy and Eastern European non-capitalism, and rested on the newly total dominance of profit. It comprised an end-of-history sifting through the wreckage, reflective of an age that could no longer do anything new, a pop-inflected recalibration of the modern that assaults the purism of the International Style. All of these views are well represented at the V&A. Of course, that architectural and design style – defined by the tea-sets and clocks of the Memphis group, the buildings of Venturi & Scott-Brown, Terry Farrell or Michael Graves – is now every bit as dated as the hygienic sanatoria of ‘Modernism’ or the geodesic domes of ‘Cold War Modern’ – a period style that is no longer seen in American or European metropolitan centres. Here, in matt-black Carmody Groake-designed rooms roughly divided between architecture, music and design, we are alternately invited to take Postmodernism seriously and to enjoy its follies.

However, this is where things start to get complicated. First of all, the basest form of architectural Postmodernism, the use of nostalgic decorative devices to mask spatially parsimonious housing or corporate office blocks, is still dominant outside of the big cities, especially in suburban housing estates. Second, it is still a major presence in metropolitan centres outside of the US and the EU. Post-Soviet capitals from Moscow to Kiev to Astana took up an especially gross mirror-glass/fibreglass Tsarist/Stalinist PoMo in the early 1990s and haven’t dropped it yet. Shanghai has nearly as many neo-baroque as minimalist skyscrapers. Both are a reminder of just how connected the end of socialism and Postmodernism always were. But the third, and subtler proof of Postmodernism’s un-death can be found in the comfortable way that the exhibits at the V&A slot into museum culture, with its vague drifts around the wreckage, its aesthetic of curiosity, its cult of the unique unreproducible object and its unabashed consumerism.

The curators’ insistence on relying on Charles Jencks’ 1977 definition of Post­modernism (as anti-Modernist architectural fashion) rather than Fredric Jameson’s (as cultural logic of late capitalism) means that these continuations aren’t exactly rigorously theorized. But that very refusal of seriousness is however itself very PoMo, so it’s in keeping. Also in keeping is a certain cheeky sleight of hand: mindful of how Postmodernism is still – at least aesthetically – regarded as unredeemable bad taste, the curators pull all manner of unexpected things into their definition of it, as if to say, ‘you might not know just how much Postmodernism you like!’ All manner of post-punk culture – Grace Jones, Devo, Factory Records – are corralled into the exhibition. Not that there isn’t a logic here: Peter Saville’s record sleeves for the latter were, as the move from Unknown Pleasures (1979) to Closer (1980) makes clear, as comfortable with stark Modernism as with neoclassicism. But New Order’s ‘Blue Monday’ (1983), Low-Life (1985) or Technique (1989) did not ‘undermine’ the pursuit of the new. They were the pursuit of the new. That’s the case with the exhibition’s other pop video exhibits, competing like billboards around a central space, such as Kraftwerk’s ‘The Robots’ (1978) or Laurie Anderson’s ‘O Superman’ (1981). The aesthetic might evoke the 1920s, but neither are restoration music in the slightest – both sound as fearlessly, chillingly futuristic as a Corbusier or a Buckminster Fuller. Postmodernism in architecture, when it looked for past to plunder, went back to ancient Rome; Kraftwerk’s Ralf Hütter and Florian Schneider were continuing the unfinished Modernist project of Weimar. The V&A could certainly have assembled a case for Adam and the Ants, but in pop we’ve only really felt the end-of-history effects of PoMo in the last listless decade.

In the architectural sections of the show, we can identify two Postmodernisms. One is the moralizing response to ‘totalizing’ Modernism, represented by the dynamited Pruitt-Igoe estate in St Louis, declared by Jencks to mark the end of Modernism and the inception of Postmodernism, or by the ‘human scale’ of Albert Speer apologist and Poundbury planner Leon Krier. The other is the seemingly amoral re-engagement with capitalist aesthetics – Venturi & Scott-Brown in Las Vegas, Rem Koolhaas in Manhattan – dragging spectacle and advertisement back into Modernism (a version of Modernism which only makes sense if solely defined by MoMA and Mies van der Rohe, but anyway). Both can go either into the affirmation of what is, the notion that traditional streets, Dubai skyscrapers or Lagos shanties are unsurpassable; or it can still register loss, can still retain some sense of the sinister forces paying for the dazzling billboards.
The former is much more prevalent lately, but if there’s much worth salvaging here then it’s PoMo’s darker, more ambiguous moments: the fatalism of Blade Runner (1982), Aldo Rossi’s cemeteries, Ricardo Bofill’s neo-Stalinist French housing schemes. The Pseudomodernism of spectacular, non-referential museums or unornamented yet ‘iconic’ riverside apartments that has followed Postmodernism is, conversely, grinningly optimistic; it affirms the world as it is, though it does it without super-graphics or broken pediments. ‘Postmodernism’ makes much of Terry Farrell’s 1983 TV-am building, formed out of canal-side warehouses, but ignores a more influential London scheme soon after: Terence Conran’s 1989 Design Museum, which did exactly the same thing, but remodelled the old industrial building into seamless mock-Corbusier, so you can’t see the joins, so it can’t be dated. Paradoxically, it’s only Postmodernism’s honesty about its dishonesty that remains unfashionable.

Support non-profit institutions as well as our Emerging Curators Fund, by collecting limited-editions by contemporary artists 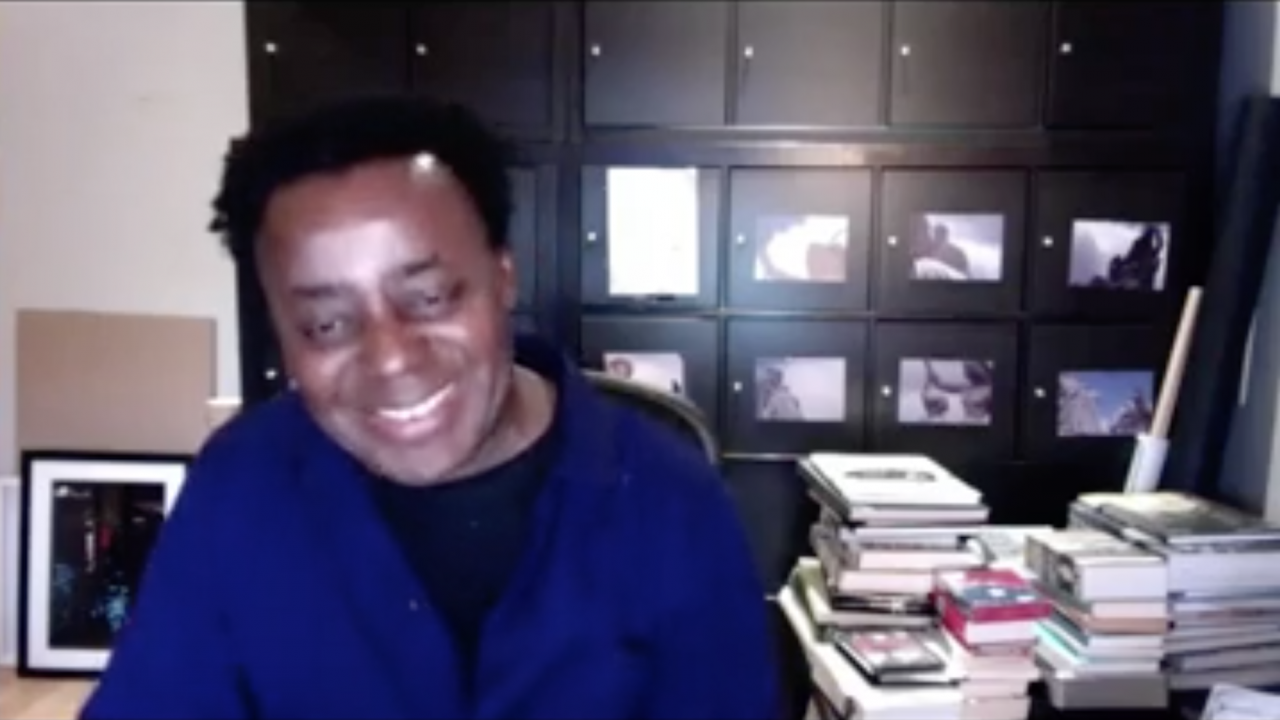