When crisis becomes the norm, what is there for the art world to resort to but its capacity for spectacle? In Rome this involves maintaining confidence in the capacity for the contemporary art scene to continue to grow – a contemporary art scene is nothing if it remains static. Here, a difficulty is presented in that the word ‘contemporary’ implies newness and newness implies change. Yet change requires energy and energy requires the input of resources at least equal to the output gained by a given action. In an economic recession, output begins to recede, and in an economic depression, worse still, output is continually lower than input. Our current economic crisis is somehow unique in that its scale is unprecedented post World War II, and yet it is not classified as a depression. Whether this is due to the manipulation of economic figures or to the complexity of the financial model, which is multi-layered, abstract and difficult to chart is unclear. Indeed, a lack of clarity has become a central facet of Crisis era living. The proverbial wheels have come off the European economy, and yet in much of Western Europe the wagon keeps on rolling. 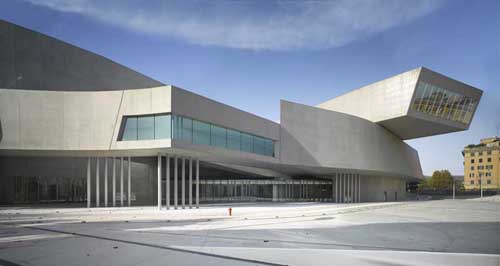 The inevitability of economic boom and bust – where economic growth was, comfortingly, as reliably frequent as economic decline – is as distant from us today as the simple binary political code that accompanied it. What seemed like – and what in reality were – fiercely fought political battles motivated by a cruel economic cycle bear on reflection a nostalgic glow of reliability. In a depression, the art world would go two ways. An element would adopt a ‘backs-to-the-wall’ opposition to the financial system and its henchmen, making political art at all costs – and often at no financial cost – while others would appeal to the remaining luxury market. While these elements exist today, in Italy and elsewhere, the commerce of art continues to circulate and seems no more impossible or tasteless an option than political revolution seems a distant dream. In other words, it is unclear precisely how one is supposed to react to an economic machine that has stalled but has not yet imploded in the classical sense.

Precarità (precarity) is a term associated with work and the material conditions of life, undermining job and economic security. Pockets of Western Europe exist within a form of total precarity, or a kind of precarity located somewhere between depression and a gnawing inconvenience. For Italians, this is not unchartered territory, in that they generally know how to make the most out of very little. The freelance city survivor, piecing together a living through round the clock work, and mixing low paid work with unpaid work for the sake of making and keeping contacts is a norm in a country which has experienced negative GDP almost continually every year since 1980. The cuisine for which the Italians are famed is based on this very notion, as is their best-known contemporary art movement, Arte Povera. What results from this mentality in Rome today is a kind of ‘ghosting’ of an art scene: smoke and mirrors appear to keep afloat a bubble which formed at the tail end of the last European economic boom and which has long since burst. 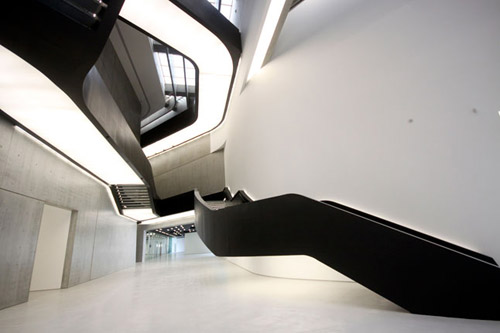 At that point, plans for the building of the MAXXI – Rome’s museum of 21st century art, which opened in 2010 – and the renovation of MACRO – Rome’s Museum of Contemporary Art’s Via Nizza – were carried over from a period of intense optimism into a time in which a new economic decline had emerged. International level museum spaces spawned international galleries: Monitor, Federica Schiavo, T293, Frutta, to name a few. Rome became known as a place for contemporary art, however much such frenzied optimism – echoed in art magazines – was arguably slightly inflated: the contemporary art scene in Rome is a fraction of those contained within other cities, such as Milan or Turin in Italy, or London, New York, Paris and Berlin.

The hype continued until 2012, when the reality dawned that Rome was left with spaces that needed filling, budgets which needed finding and galleries committed to maintaining levels of activity that had barely been plausible even before or earlier on in the economic crisis. If one adds to this politically motivated changes of personnel at both MACRO and MAXXI one sees a recipe for a barely averted disaster. 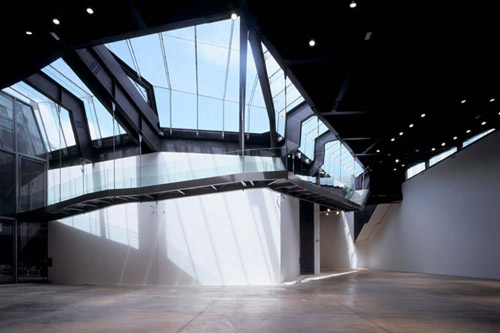 Over the last two years, both museums have confronted rumours of impending closure. The fact that the MACRO – which saw director Luca Massimo Barbero replaced by Bartolomeo Pietromarchi in June 2011, a change made by then Cultural Deputy of Gianni Alemanno’s right wing administration – had managed to develop any kind of programme has been testament to the pragmatism of Pietromarchi. The museum itself – which has two sites – is officially registered as an office of the municipality and not as an art space, making it ineligible for council funding. This is typical of the kind of legal glitch which often leaves Italy’s art institutions in difficulty. At one point – between January 2012 and February 2013 – the MACRO was run by a skeleton staff consisting only of the directorial team, the cleaners and the reception staff, due to a contractual problem which saw its press, curatorial staff and secretarial team on prolonged unpaid leave. Yet, despite these difficulties, the museum has been central to cultural life in Rome, hosting a programme of exhibitions that have included shows by Carsten Holler, Jimmy Durham and Sam Durant, amongst others, together with a rich programme of lectures, screenings and seminars. Due to the election of Rome’s left wing mayor, and following administrative protocol, the MACRO is currently being overseen by a caretaker director, Alberta Campitelli. On 15 September the selection process to find a new director will close and an announcement will follow shortly afterwards. However, the overriding sentiment here in Rome is that it would be a mistake not to reappoint Pietromarchi, given the progress he has made in his two years at the helm and the upset such a change would cause.

The MAXXI appeared all but doomed one year ago. In May 2012, the then President, Pio Baldi – appointed by Berusconi’s administration in 2010 – was ousted by the arts and culture ministry of Mario Monti’s unelected government of technocrats on the grounds of financial incompetence. This charge itself appeared to be fairly groundless given that Baldi had maintained 80% of funding from private sources, due to the Italian State’s meagre contribution to the maintenance of the museum. Baldi’s replacement, Giovanna Melandri, has no background in arts management, though she did serve as a Minister of Culture from 1998 to 2001, which has led to accusations that her appointment was politically motivated. Following Melandri’s appointment, fears over the museum’s future resulted in nervousness amongst existing sponsors, signalling the danger of such political maneuvering in the cultural sector. Such interventionism frequently serves to cause disruption to existing plans, preventing Italy from competing with countries with similar size economies, in the field of the arts. 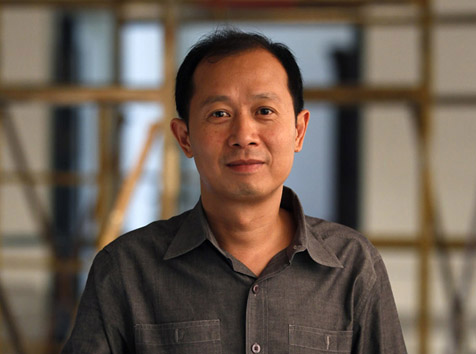 Confidence in the MAXXI has been restored in part due to the appointment of Hou Hanrou as Artistic Director in early August, a role that the Chinese born curator – who has held posts at the Francisco Art Institute and the Guggenheim in New York – will move into for the transitional period from now until December 2013. Hanrou’s appointment, which followed a period of discussion with a number of international curators, is unprecedented in Italy.

If this appointment work out well, a precedent could very well be set within the Roman cultural scene that could precipitate radical change. For now, Hanrou has much to do in breathing new life into a museum that has reached only a limited public in its first two years. It is precisely his attitude towards the economic crisis that may hold the key to achieving this. For Hanrou, the crisis in the economy is a ‘crisis of the social project’, which the museum as an entity has a vital role in addressing. The new director would like to respond by turning the museum into a ‘site of debate on democracy’, involving the energetic new art-activist reality that is embodied in Italy, particularly by spaces such as Teatro Valle, MACAO, Teatro Garibladi, the dispersed Isola Art Center and SALE Docks. Such spaces have been at the forefront in the last two years of political debate, often putting museum institutions to shame with their slowness at grasping the key topical debates of our time. Identifying a ‘landscape of small organizations which need to be bought together’, Hanrou hinted in an interview conducted over Skype with me on 27 August at a bold and populist programme aimed at placing art firmly at the centre of the community and of political debate. 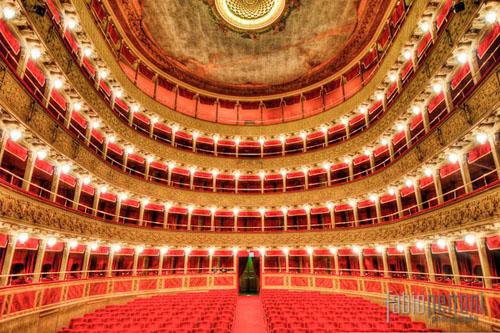 As galleries start an exodus from Rome’s centre due to high rents (Frutta follows suit this month, with T293 and Gallery Apart having moved in the last year), and with Teatro Valle – occupied now for two years – having become a concretized reality that no longer has quite the capacity to cause the uproar that it once had, much is expected of MAXXI in the coming year. The occupation of Teatro Valle and its links to the bene comune – or ‘commons’ – movement has been central to leftist debate during the crisis, though to maintain momentum it will need to demonstrate a concrete engagement with social issues. For now the notion of the ‘commons’ – the notion of cultural and other goods being owned by all – remains largely abstract. It is vital that the steady vacation of Rome’s centre does not leave it solely to the tourist industry. Rome’s institutions need to get behind initiatives like Teatro Valle – which is positioned in the heart of the city – to stop this happening.

Yet, above all, if Hanrou is to thrive he will need to grasp that Rome – and Italy – runs on gestures made in lieu of real world resources: for now his instatement has provided just such a gesture, fit to keep the Roman art scene in motion for now. With regard to socially motivated art, turning conjecture – of which there is much in Italy at the moment – into action will present a huge task for the new Artistic Director. The local art world hopes, and will be on hand to keep the illusion alive with all the characteristic resourcefulness that has seen Rome through these hard times up to now.