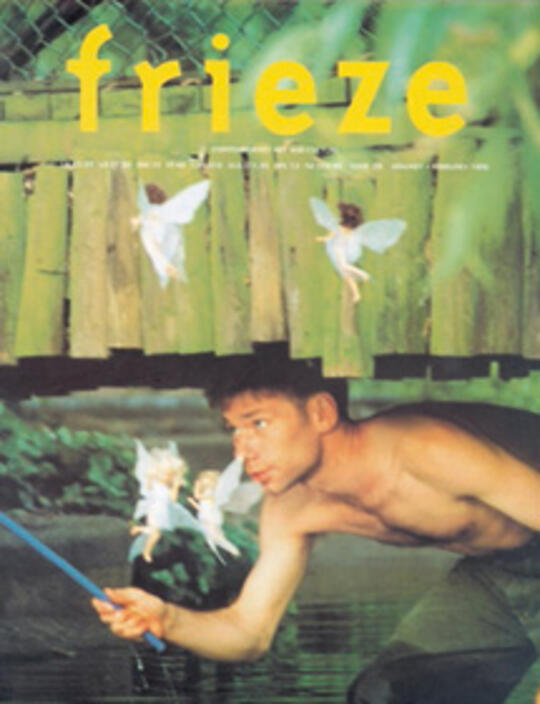 The Shock of the Used

The relevance of Charles and Ray Eames

There is a common refrain in today's art world that the public doesn't care about art anymore - the sense being that rank and file viewers lack either the sensitivity to discern art, the knowledge to understand it, the ambition to decipher it or the attention span to be challenged by it. Museums, the segment most invested in the public's art education, have responded by providing art appreciation classes, generous text panels, recorded headset tours, and retrospectives on Edward Hopper and Claude Monet. If generating interest in art made by anyone other than the great turnstile spinners is a challenge, then generating interest in anything made after 1960 is difficult indeed. And while the idea-based art of the 60s is seen as the beginning of the period when art fans and flâneurs alike didn't 'get it', the theory- and commodity-based art of the late 80s is more often cited as the apex of the audience's exasperation, the silver anniversary of their not getting it. The truth is to the contrary: the late 80s marked the moment when people began to get it all too well. Understanding the end of originality, the seamful, pernicious relationships between language and pictures and products and desires, the occasional need for art to be hypothetical, intangible, to become less precious and more democratic and to depict a wider range of subjects and types from the world - many fans of seminal culture left the galleries and museums to do their own cultural anthropology.

Which might just explain the recent, fanatical interest in the furniture of Charles and Ray Eames. If at one time or another it was important for American art to depict popular icons (Jasper Johns), for such icons to be mechanically reproducible (Andy Warhol) or appropriated (Richard Prince), for their authorship to be subverted (Sherrie Levine) and their status challenged (Mike Kelley); and if it was radically significant for the work of art to be industrially fabricated (Donald Judd), to be simultaneously sign and signified (Robert Gober), to be democratically distributed (Felix Gonzalez-Torres) or collaboratively produced (Kate Ericson and Mel Ziegler), then Charles and Ray Eames are among the most important American artists of this century.

Except, of course, for the fact that the Eameses weren't artists. But not to consider their work and its contributions in the context of art simply because it wasn't originally made or intended as such would be conservative indeed, a return to the sovereignty of artistic disciplines and authorial intent. Their work still exists and we can assess it accordingly, just as we can a Brillo box or Marlboro ad. For example, their Plastic Armchair with Rocker is a piece that continues to be utterly, beautifully right. Its moulded-plastic seat, spindly metal legs and wooden rocker sole all seem to have come from different places and times, slammed together via the Eames' absurdly efficient logic into a singularly disturbing thing. As comfortable to sit in as it is unsettling to look at, the chair embodies the balance between ruthlessness and bucolia, between technological progress and escape from the same. As a whole, the Eames' furniture marks an important, transitory moment between the making of objects and the production of films, some 15 years before similar ideas occurred in the work of Warhol and Judd.

The fact that interest in the Eameses has become so vast in recent years suggests that I'm not the only person with this perspective on the cultural lay of the land. An Eames at MoMA is an Eames at home is an Eames in your high school auditorium; there is power incumbent in this kind of saturation, a degree of validation that certain visual artists crave. Perhaps this is why so many of them have begun to make furniture, having deduced that tables and chairs can become culturally ingrained in ways that art cannot - reproducible, functional objects that nonetheless maintain an auratic authenticity. Unfortunately, most artists' limited production capabilities combined with their reluctance to give up the privilege of being artists requires them to posit their work as limited editions or rhetorical comments - in either case always, in the end, tending towards art. Consequently the reality of production costs and the fantasy of symbolic value make furniture by such artists as Vito Acconci, Nancy Dwyer, Donald Judd or Andrea Zittel so precious as to discourage the idea of its being used, and its being considered as anything other than art.

In comparison, the furniture of Charles and Ray Eames is more useful, more meaningful and less expensive. Scratched plastic, worn paint and burnished wood are all evidence of ideas received through an object in use, an accessibility of which most contemporary art can assume the look but which it more often functionally lacks, furniture or otherwise. Thus the Eames' ascendance - as well as that of artists like George Nelson, Jorge Pardo, Kim Gordon, R. Crumb, Harry Bertois, Leo Burnett or G.B. Jones - is the result of a broad new post-structuralist egalitarianism and good old-fashioned economic common sense. Their collective rise is a consumer-driven phenomenon, one that cleverly reveals this century's most compelling motivation, the essence of the Readymade, the thing that makes a legend most: a bargain. What is appropriation strategy but the pursuit of a bargain? Warhol's children, ever the watchdogs of life-like banality and accuracy and ever desirous of breaking down the category of art, have been rivalled by people who actually produced the everyday icons that the artists' work became.