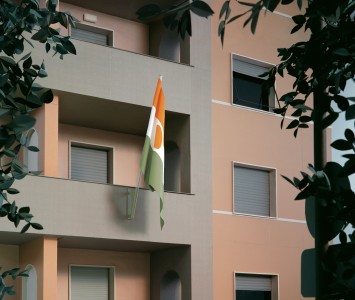 In the autumn of 2001, just after 9/11, an Italian reporter delivered a sheaf of papers to the Embassy of the Republic of Niger in Rome and to the CIA and other Western intelligence organizations purporting – erroneously, as it turned out – to document Saddam Hussein’s attempt to purchase a concentrated form of uranium called ‘yellowcake’ from Africa. Among the papers were a few letters between high-level officials in Niger and Iraq, printed on letterhead from the Niger Embassy. These became the cornerstone of the Bush administration’s case for its invasion of Iraq, despite the fact that the International Atomic Energy Agency and others rapidly came to the conclusion that the letters were abysmal counterfeits. Some, from October 2000, were even signed by a Foreign Minister of Niger who hadn’t held that office since 1989. And the letterhead was out of date.

To this day no one seems sure who forged the notorious letters – some say the Americans, or the British intelligence services, while others point to the Italians, the French or the Iraqi exile community – or how they did it. It’s this element of the unknown that Thomas Demand considers in his series ‘Yellowcake’ (2007), a body of work that is a bit like a literary thriller: taut and intriguing but in the end perhaps a little less substantial than the blurb on the back cover claims. The nine photographs portray the Nigerian Embassy in Rome, the site of a burglary in January 2001 in which little was stolen except, ahem, some out-of-date letterhead and official seals. Years after the incident (according to exhibition materials) Demand quietly worked a backstairs contact to gain legitimate entry into the embassy – a flat in a nondescript apartment building located near the Vatican – where he snapped a few surreptitious mobile phone pictures when no one was looking and committed the rest of the interiors to memory.

While Demand’s insertion of himself as a minor footnote in modern political history is unusual (when the ‘Yellowcake’ photos were first exhibited by the Fondazione Prada in Venice last summer, the Niger Embassy denied press requests for comment, presumably unhappy to be dragged back into the limelight), his fascination with an instance when reality and fiction were quite possibly one and the same is par for the course. His built and photographed paper sculptures are often described as ‘constructed realities’, so it must have been a natural step for him to supply this body of work with a deliciously plausible back story by connecting the dots between a few tantalizing, unconfirmed details found in media reports – such as the tale of an Italian ex-spy named Rocco Martino, with a connection to a Niger Embassy employee – in the cunning manner of a conspiracy theorist. While the photogaphs teeter on the brink of self-importance, it’s astonishing how effectively Demand taps into our collective hunger for both information and escapism – two things we instinctively look to photographs to provide.

The images progress cinematically like stills in a long tracking shot, as though following the artist’s – or perhaps even the would-be burglar’s – passage through the building. The series begins with Embassy I (2007), a depiction of a pink and buff concrete building flying the Niger flag, framed by leafy trees in deep afternoon shadow. It is followed by a series of spare, gloomy interior vistas of hallways, lifts, vestibules with closed doors and, at last – ah! – a door left open, but just a crack. The image – Embassy IV.a (2007), a close-up view – is one of the show’s simplest, but it is also the most powerfully atmospheric in its interplay between the deadened light of the hallway and the vertical sliver of daylight seeping in from behind. An old Broadway axiom says the audience shouldn’t leave whistling the scenery and lights, but when it comes to Demand’s art, it’s hard not to.

The series concludes with a trio of photographs portraying the back office with a desk in total disarray, covered with cascading stacks of books and papers, along with a half-full coffee cup, a pack of cigarettes, an ashtray, a fax machine and other office paraphernalia. How apt that, having finally arrived at the possible site of the possible break-in, what we get is a visual essay in the artless, makeshift nature of modern office space – the humble, interchangeable origin of so many political disasters, big and small.