In this regular series, frieze d/e picks out favourites from the ebb and flow of culture

There are far too many fashion blogs. But there are far too few blogs like Blica. At blicablica.blogspot.com, Vienna-based Anne Feldkamp shares her pleasantly clear and amusing thoughts on the latest collections and campaigns. More importantly, she likes to get out her scissors and glue (scanner and Photoshop?) to make charming collages out of the current issues of Vogue, Dazed & Confused, Fantastic Man, etc. Where there was once no connection between the magazines, the bodies of the models intertwine. Colours, patterns and outlines add up to pictures that are not so much trend analyses but surveys of the fashion press. Occasionally, Feldkamp smuggles in snippets from the H&M catalogue or promotional material for the dm drugstore chain. The German government is currently working on a new law that would prohibit websites from using excerpts from other media sources, but let’s make an exception for Blica, please!
Translated by Nicholas Grindell 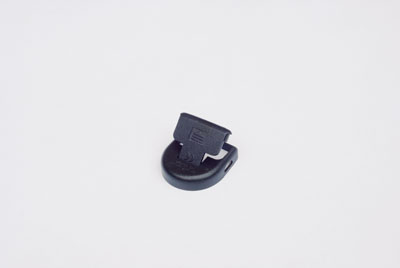 Every household has one of them: a mysterious component that once belonged to some electronic device or technical gadget. But who knows which one? Separated from their origin, these spare parts are useless, but it’s hard to throw them away. They have the staying power of puzzles that cannot be solved and reserves that might come in handy. This thingamabob appeared out of nowhere in the office months ago and has stayed there since. Made of black plastic, it looks like the heel tip for a shoe, but the plus and minus signs suggest a battery cover. It’s patented! Maybe it came from a customized James Bond shoe, which can record conversations, shoot bad guys or rocket the spy into the sky. Who knows. It’s really fun when talking on the phone to flip open one side, which closes with a satisfying click. Just like the heel of a shoe hitting the pavement, but without the walking. JA

When Chris Marker died last July, we revisited the goggles worn by the eerie doctors in his film La Jetée (1963). Hey, doesn‘t it look like they’re wearing their own eyewear? Annular, like ships’ portholes, or like the eyes of certain insects, round glasses are austere and architectural (Le Corbusier and Philip Johnson were lifelong wearers), geeky, yet with the proletarian shade of workers’ goggles. Foregrounding an outward gaze, these protective eyelets betray the wearer’s own scopophilia, his or her love of looking. (Square lenses, in contrast, seem more like small televisions, like miniature displays.) It’s been said that this eyewear trend has origins in photographer Malick Sidibé’s images of West African hipsters in the 1950s. With Marker’s film in mind, we’re still unsure whether they really augment our vision or are just masks to hide behind. PL 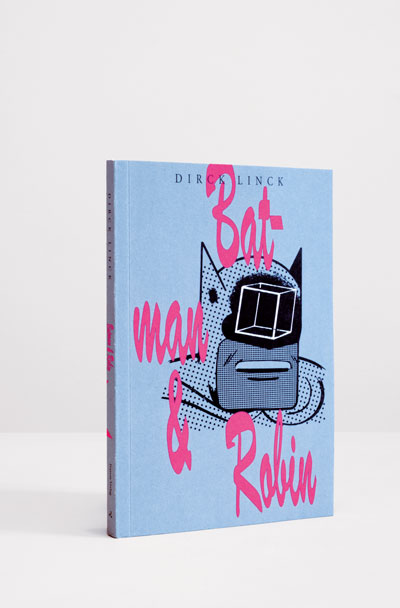 The main character is ‘white, tall (1.89 m), male, dark-haired, blue-eyed, muscular (100 kg), angular. And, of course: unmarried.’ This is how Berlin-based literary critic Dirck Linck presents the object of his research in his slim volume Batman & Robin (Textem Verlag 2012). The book, written in German, is about the batty billionaire’s role in art, literature, gay and pop culture: Jack Smith played him in Andy Warhol’s lost film Batman / Dracula (1964); Rolf Dieter Brinkmann wrote poems about sex in the Batcave. The book fascinates with Linck’s brilliantly put observations, as on the subject of upholding moral standards in the 1950s: ‘Those who opposed comics at the time were correct in their understanding of the genre. But as they began to speak of indulging in non-culture and the barbaric influence of pleasure, they overlooked the fact that every pleasure surprises the culture in which it takes place, and that every pleasurable sensation means a suspension of the significant and symbolic orders.’ Another three sentences in this vein: ‘Traditionalists among Batman fans see Robin the way Beatles fans see Yoko Ono. He’s guilty of damaging the hero’s image. Before he came along, there wasn’t all this talk.’
Translated by Nicholas Grindell