My first name Rein comes from Reynard. There’s the fable ‘Reynard the Fox’ which dates from the Middle Ages. All the animals in it represent sin in one way or another. The fox is the slyest of them all – he gets away with everything. When I was in primary school, kids used to tease me a lot about it. They gave me the nickname Reynard the Fox. I’ve always been fascinated by fables, especially by the combi­nation of human emotions and animal characteristics which reminds me of evolution and the similarities that humans and animals share. This illustration is from the 1665 edition of De monstris, a famous book by Italian physician Fortunio Liceti which shows human bodies with animal limbs and vice versa. When I work on my masks and sculptures, I like to modify different shapes as well. It creates friction between them. 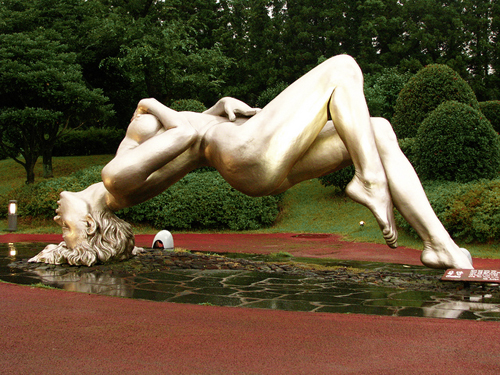 This picture shows one of the sculptures in Jeju Loveland which is a theme park on the South Korean island Jeju dedicated to sex. Many of the sculptures there show couples having orgasms. Apparently, a lot of newly married couples in Korea go there on honeymoon – for inspiration, I guess. A lot of people from the art world might say this sculpture is total trash but I honestly think it’s great. I really don’t see a difference between this and a lot of things you see at art fairs – or Jeff Koons’ sculptures of Cicciolina, for that matter. Why is something fêted as high art while something else is despised as low? I don’t classify in that way. I love showing my work on social networks, on catwalks, in videos, in museums – I don’t make any difference. All classifications are going to blend together at some point in the future anyway. 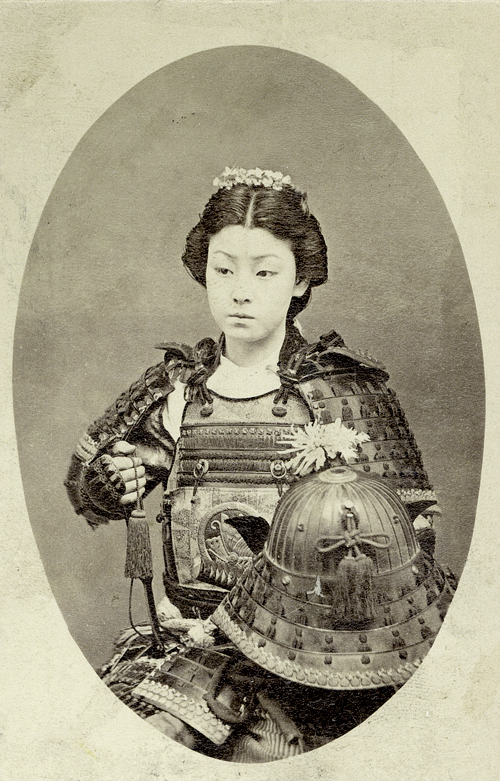 I’m very into mixtures of beauty and violence, and I’m into gender roleplay. This image of an ‘Onna-bugeisha’, a female samurai, is fascinating to me. These female warriors came from the Japanese upper class, they fought along-side the male samurai and were trained in the use of swords. However, looking at this image, I suspect that the woman’s armour is actually too heavy. It’s probably not very comfortable to wear, and not functional for battle. But the craftsmanship of the armour is amazing. I have a fascination with how dedicated the Japanese can be to creating things with their hands. You couldn’t mass-produce something like this. I like to make my masks and sculptures as single copies myself. I don’t reproduce them. 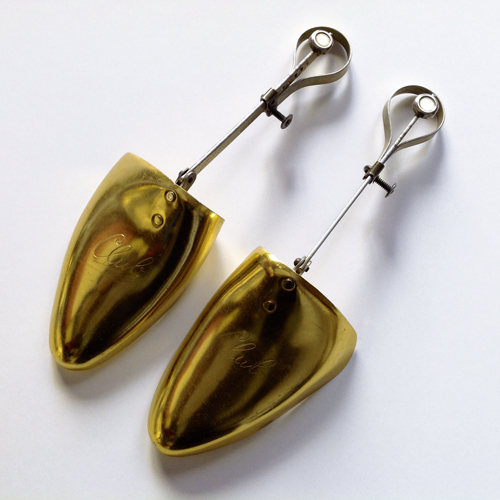 Besides collecting images, I’m also fascinated by objects. I have an urge to collect them, and I search through shops and flea markets to find them. Often, I dissemble them and use them for my sculptures. These shoe lasts I found a few years ago. First I thought of using them, but then I never found the courage to cut them up, because they’re just so pretty. I love how the organic shape of the front part is combined with the mechanical part at the end. They trigger a lot of things in my imagination: I think of the Tin Man from The Wizard of Oz (1939) and his heart-wrenching desire to have a heart, and the gold colour and the word ‘Club’ engraved on the top seem to open another realm of associations – of being young, going out, dressing up, all these things. Here, for me, the fantasy invoked by the object goes way beyond its functionality.

Rein Vollenga is a Dutch-born sculptor and mask designer who lives in Berlin. Lady Gaga has worn his masks, and he has collaborated with fashion labels Mugler and KTZ. His next group shows include Genderblender at MU / Strijp S in Eindhoven (9 June – 17 August 2014) and Nirvana: Strange Forms of Pleasure at MUDAC Lausanne (29 October 2014 –19 April 2015).