The Museum of Contemporary Art

When asked about scale in a recent interview, Urs Fischer said that ‘the physical size of the art work doesn’t make it big or small.’ The scale of an object, he argued, is the size it assumes in the viewer’s mind; not its size in the gallery space. Fischer has become known for making very large art works – often from seemingly small ideas – as well as small works based on big ideas. This discrepancy has won him as many admirers as detractors.

The biggest work in Fischer’s retrospective at Los Angeles’ Museum of Contemporary Art was made from 308 tonnes of clay. It filled almost all of the museum’s Geffen Contemporary annex, a 55,000 square foot former warehouse. Titled YES (2011–ongoing), the installation was made by 1,500 volunteers who crafted sculptures with their hands in the weeks leading up to the exhibition in return for family-style lunches and their names printed on the wall at the entrance to the gallery.

Fischer seems to have given his collaborators free rein, although it is notable that many ended up making objects that look not dissimilar to the artist’s past projects, a cross-section of which was thoughtfully installed in MOCA’s main galleries by the exhibition’s curator, Jessica Morgan. Cats, skeletons, beds, food and naked people appeared in both venues; the riotous and sprawling YES, however, broadened to include Jabba the Hutt, a full-sized interpretation of Leonardo da Vinci’s painting The Last Supper (1495–98) and myriad other characters, creatures and abstract formations. The physical mass of YES, on Fischer’s terms, does not automatically make it a major art work, but neither is it a breezy one-liner. Like much of his art, YES is a reflection on entropy. All 308 tonnes of it will dry out and crumble over the course of the exhibition, and by the time you read this, will have been swept up, rehydrated, reformed and donated to local art schools, like a dark warning about the transience of individual personal expression.

The clay installation is in marked contrast to a 14 metre-high cast aluminium sculpture in the car park beside the Geffen building. Untitled (Big Clay #7) (2008–13) seems to taunt the deliquescing, miscellaneous forms of YES with its singular permanence: Fischer has casually squished a scrap of clay in his fingers, passed it through a 3D scanner and remade it, gigantically enlarged, in durable metal. A slight gesture has been elevated into a massively-scaled conceptual art work. But is it a work equal to YES? Not even close.

At Bice Curiger’s 2011’s Venice Biennale exhibition, ILLUMInations, Fischer presented three show-stopping candle sculptures, Untitled (2011), combining realistic casts of: The Rape of the Sabine Women (1574–82) by Giambologna, an office chair and a figure of the artist Rudolf Stingel. All three burnt and melted over the course of the exhibition. Installed at the Geffen, the slow ooze of hot wax offered a fitting counterpoint to the crack and crumble of drying clay (equivalency once again deployed as an organizational strategy).

Fischer trained as a photographer, and the subject of the analogue, the facsimile and the proxy rears its head throughout his work. A new installation consisted of a space wallpapered with 1:1 scale photographs of the walls and ceiling of artist Josh Smith’s empty studio; the installation was repeated, in reverse, in an adjacent space. Elsewhere, a room of mirror boxes (with titles such as JONES, JOHNSON or WILLIAM, all 2012) printed on all sides with photographs of common objects – a stapler, a calculator, a spear of asparagus – proposed another inventory of representations ripped from their original purposes and proportions (the photos reproduced bigger, though most no more than knee-high). As it happens, a concurrent retrospective of Richard Artschwager at the Hammer Museum reveals that Artschwager made a very similar work, Chair (1965–2000), made from photographs applied to a boxlike form. It is a too-easy game to count off the artists from whom Fischer has borrowed over the years, however. A more complicated question is how appropriation – or plagiarism, call it what you will – relates to his interest in reproduction, quotation, group-think authorship and the possibility of universality in certain enduring images.

Over time, it seems that Fischer’s imagery has become simpler, more streamlined and digestible. His installation Horses Dream of Horses (2004) – a shower of jumbo turquoise raindrops hanging by monofilament – gives us hardly any pause, and is as cartoonish a motif as the hut made from bread Untitled (Bread House) (2004–5) beside which it appeared in this exhibition. Kratz (2011) is a bed collapsing under a pile of concrete (know that feeling?) and Snitch (2013) is a giant fried egg. Splat. This retrospective, however, gives us the opportunity to reflect on more difficult earlier works, such as Skelett (1996) which resembles a low architectural model roughly made from terracotta tiles, and Untitled (50 Rocks) (1996) which consists simply of 50 round river rocks arrayed on the gallery floor. Sometimes it is Fischer’s perverse titles that transform objects into unforgettable problems: Lie to a Dog (2005) is a wedge of real cheese stabbed by a fat nail.

If Fischer’s ongoing project tends towards the viewpoint that everything exists on a single plane – that a pineapple is equal to a coconut is equal to a lime is equal to a grape, as implied by the sculpture Untitled (Suspended Line of Fruit) (2012) – then works like Skelett are obstinate dissenters. Skelett is not like anything else in the show. It is awkward, humourless, and indeterminate. It is hard to like, and that makes me like it. Many of Fischer’s works seem designed to be moved through, en route to the next – quite literally in the case of Portrait of a Single Rain Drop (2003), two enormous holes cut from the gallery walls, the excised ovals propped against adjacent walls. Occasionally, however, he stops us in our tracks, and when he does, it has nothing and everything to do with size. 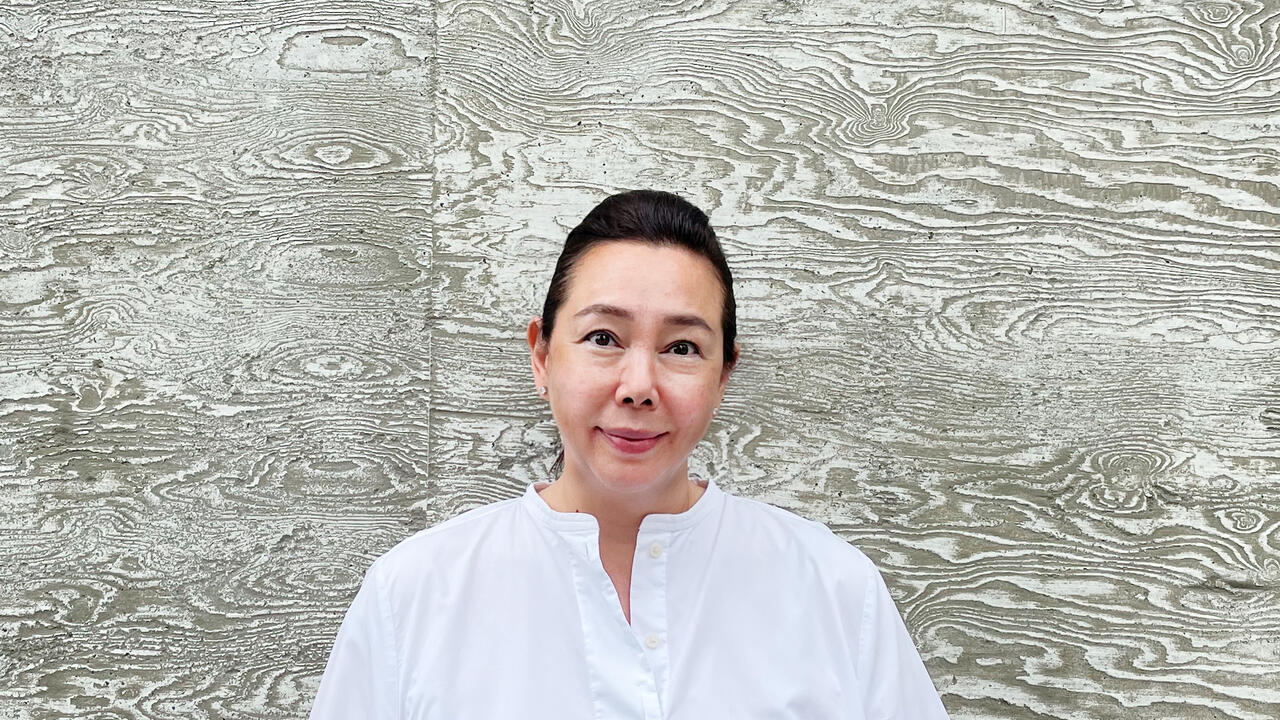 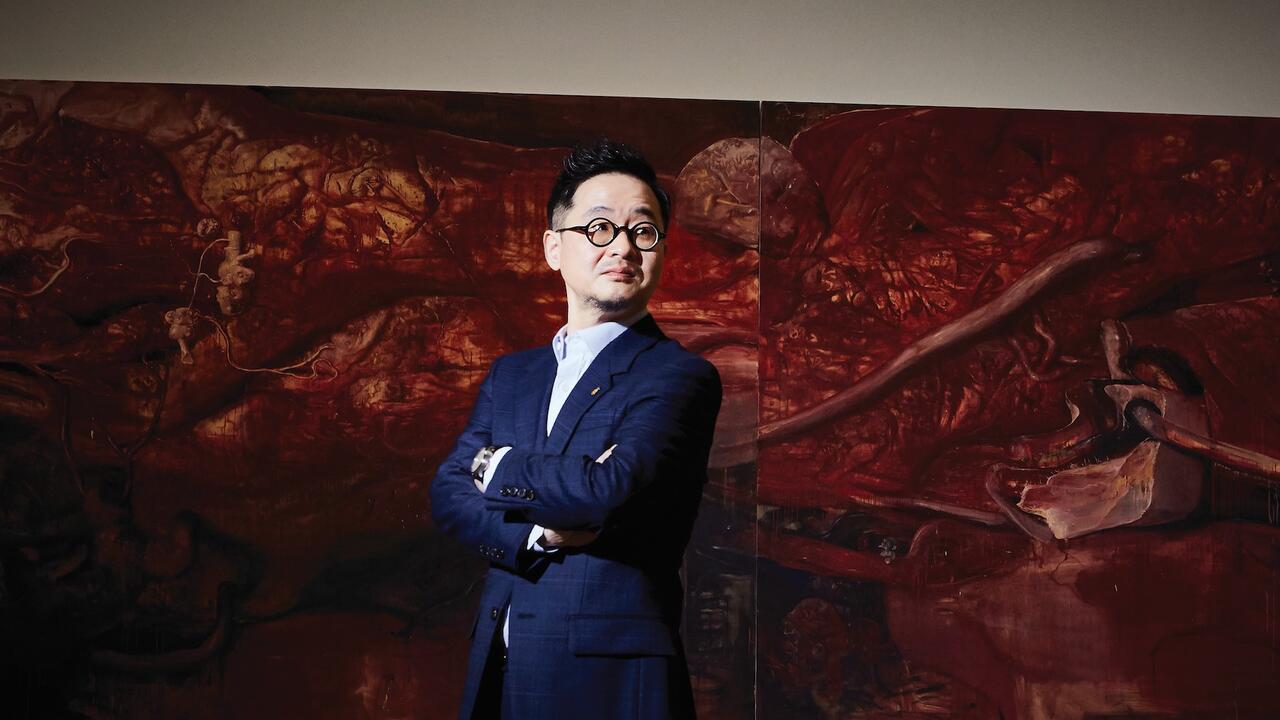 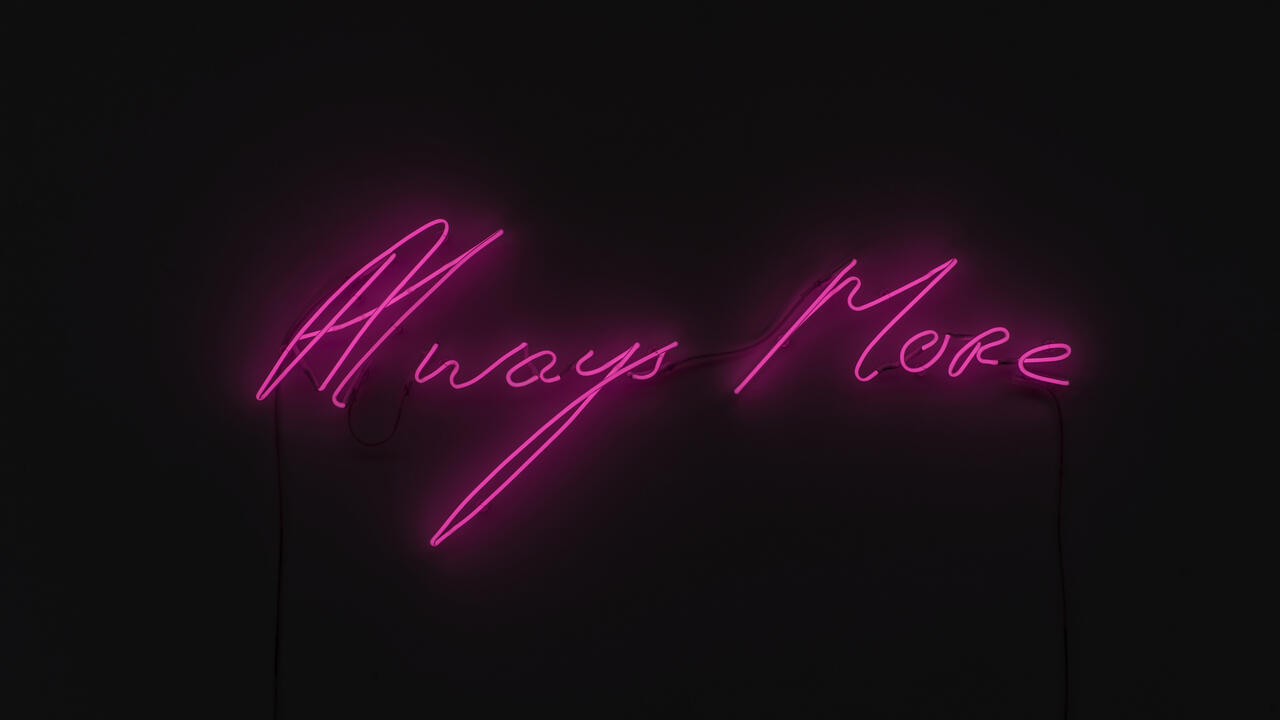 From a neon by Tracey Emin to historic work from Seung-Taek Lee, the Director of Art Sonje Center shares his top works from the Frieze Seoul 2022 edition 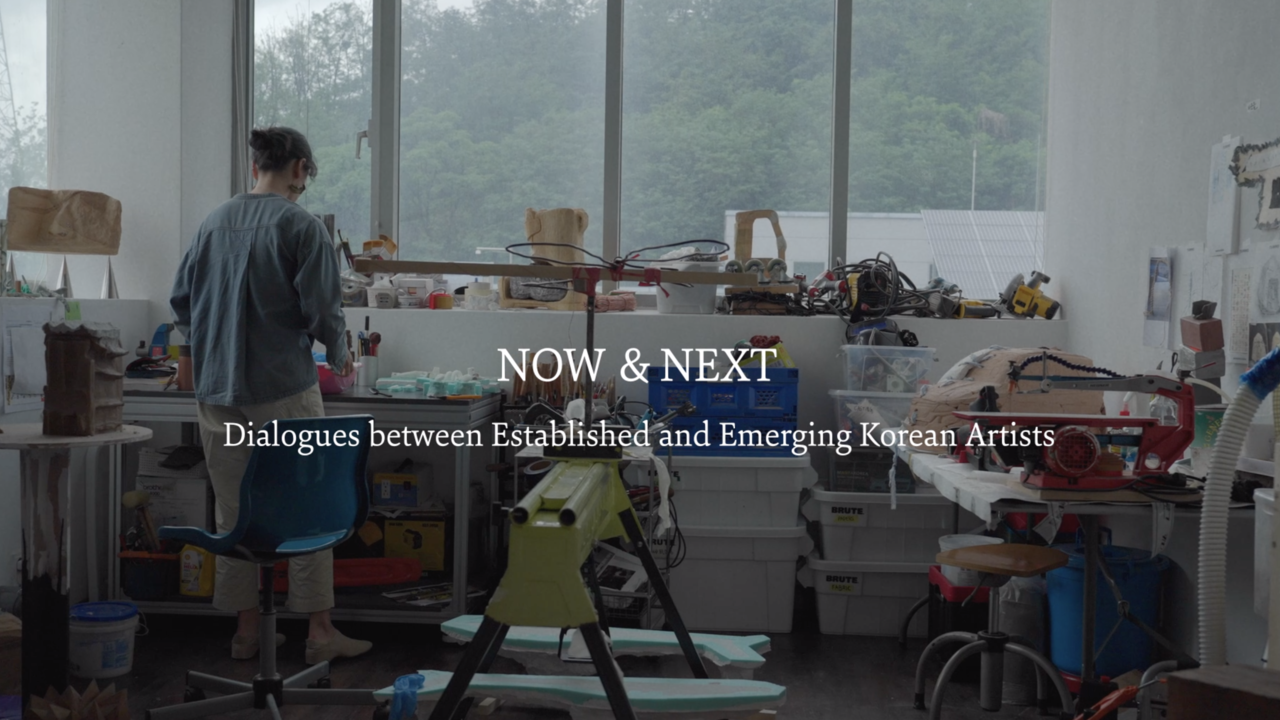