When, in 1974, Gustav Metzger called for ‘three years without art’ for his proposed Art Strike (1977–80), he presumably hadn’t intended to be absent from the art circuit for more than two decades. Since the mid-2000s, however, his legacy has been re-discovered in a string of exhibitions. This revival has now been taken up by the Centre of Contemporary Art in Toruń with Act or Perish!, an ambitious overview of the artist’s career spanning from the late 1940s until today.

K
BY Krzysztof Kościuczuk in Frieze | 28 MAY 15 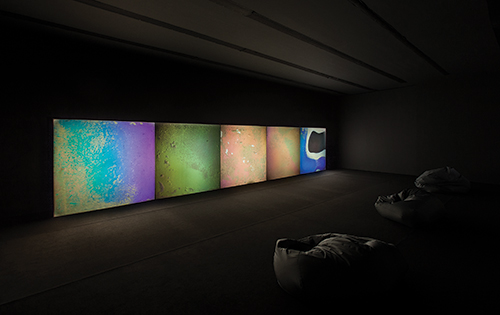 Born in 1926 in Nuremberg to a family of Polish Jews, Gustav Metzger, along with his brother Max (who later changed his name to Mendel), found his way to England in 1939 as part of the Kindertransport programme. Many of his remaining family perished in the Holocaust. In 1946 Metzger enrolled as a student in the class of the painter David Bomberg, then a teacher at Borough Polytechnic (now the South Bank University). Their relationship ended abruptly when Metzger dissociated himself from the artist group Borough Bottega, a collective comprised of Bomberg’s pupils that Metzger co-founded in 1953 but left in December the same year. Subsequently Metzger retreated to King’s Lynn in Norfolk, elaborating what would become an assault not just on painting but on art itself. 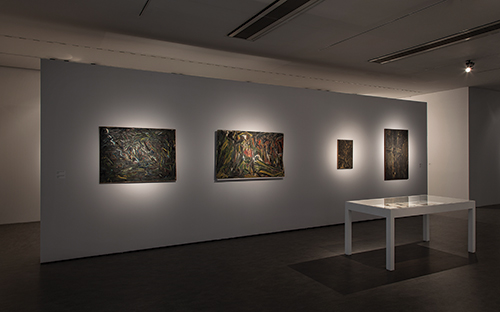 In this show, the section ‘Early Years’ – one of 11 organizing the exhibition – sheds light on Metzger’s painterly practice. Dark-brown, coarsely painted canvases are shown, ranging from portrait and compositional studies – Homage to a Starving Poet (c.1949–50) and Untitled (Bomberg’s Composition Class) (c.1953) – still lifes and abstractions from the early 1960s which testify to his transition from figuration to abstraction and ultimately to a rejection of painting altogether. The all-black engraving on plastic, Untitled (Abstract) (c.1962), can be seen as, arguably, one of his last paintings. By then the artist was experimenting with mass-produced materials, such as cardboard (Cardboards, 1959) which he saw as ‘unadulterated by commercial considerations.’ 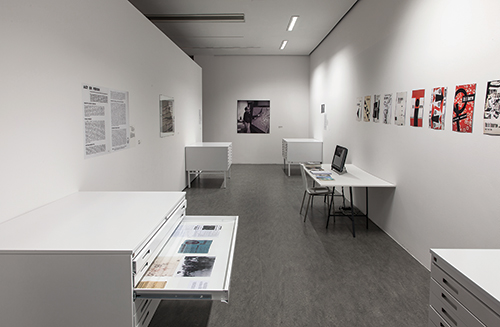 Metzger’s political activism, notably as founding member of the anti-war Committee of the 100 in 1960 – for which he designed a leaflet using the same slogan as this exhibition’s title – was, surprisingly, relegated to a small room of archival material. Dozens of facsimiles and Xerox copies in cabinet drawers were mixed with original work (e.g. fashion drawings made in collaboration with his brother Max c.1945). 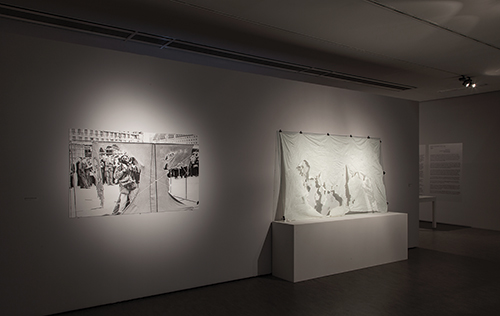 1961 saw the first presentation of Metzger’s very own art genre, Auto-Destructive Art, in a public space. On London’s South Bank, the artist, armed with a spray pump and gas mask, applied acid onto three layers of red, black and white nylon, which dissolved rapidly, yielding what was announced as ‘acid action painting’. The work, re-made for the opening of the Toruń exhibition, was displayed alongside Metzger’s manifestos and materials pertaining, among others things, to the 1966 ‘Destruction in Art Symposium’ held in London, which brought together the likes of Otto Mühl, Hermann Nitsch, Yoko Ono, Peter Weibel and Volf Vostell. Most Auto-Destructive Art remains, by definition, not extant, or unrealized. On view was a 1969 steel model of a digitally-controlled self-annihilating monument Five Screens with Computer. Originally, Metzger envisioned it installed in a residential district: as five cuboids (around 9 metres high) each made of thousands of mechanical components connected to a central unit which, over time, would prompt the parts to pop out and fall to the ground. While this software/hardware interaction might sound amusing, if unrealistic, it’s enough to remember the Stuxnet virus which shattered Iran’s nuclear centrifuges in 2010, to recognize the prescience of Metzger’s observations. 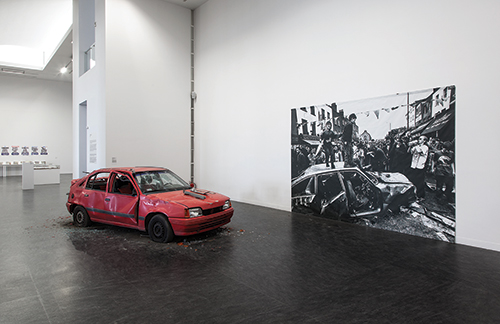 In parallel to his self-destructive pieces, Metzger began developing what he termed ‘Auto-Creative Art’. The two concepts, it seems, were never entirely separate, as the show made clear. Relinquishing authorship and taking automatic processes and physical phenomena as points of departure, the artist developed the series of psychedelic multicolour projections for Liquid Crystal Environment (1965–98) (a technology now commonly used in LCD displays), and for Dancing Tubes (1968/2014) two thin translucent hoses filled with compressed air sway to their own rhythm. This trajectory was also present in Metzger’s environmental works: beginning with his proposal for documenta 5 in 1972, an installation with four cars pumping exhaust fumes into a translucent container, and a similar work involving 120 automobiles, proposed for a UN conference the same year. The exhibition included models for both, as well as documentation of how some of them were realized on different occasions around the world. 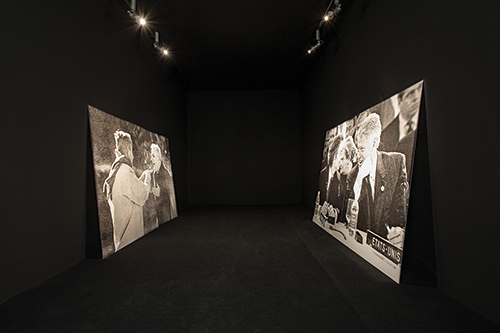 Metzger’s return to participation in museum and gallery shows in the mid ’90s was marked by a shift to historical themes related to his own biography, notably the Holocaust and his childhood in Nuremberg, that notorious site of Nazi rallies. Scattered across the venue’s large hall were his Historic Photographs, in which photographic images encourage an active, sometimes bodily engagement, such as To Crawl Into – Anschluss, Vienna, March 1938 (1996–2015), a floor piece that reveals the humiliating scene of Jews scrubbing streets to viewers who crawl underneath the yellow cloth covering the picture. Other works in the series rely on one’s imagination, like Hitler-Youth, Eingeschweisst (1997), a photo welded shut between two steel sheets. Also shown were two of Metzger’s celebrated installations: Eichmann and the Angel (2005), and In Memoriam (first shown in Kunsthalle Basel, 2006), both addressing the fate of the Jews in the Second World War. 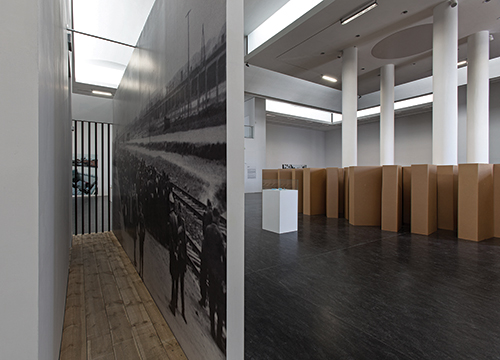 While it seems Act or Perish! insisted on presenting Metzger as a creator of objects, his life’s practice was more the re-invention of the 20th-century artist, not as a maverick or a rogue revolutionary, but as an engaged member of society, one who actively reacts to the present day with the means at his disposal, before it turns to history.