How Yinka Shonibare Is Helping Invigorate Diversity in the Arts

Idris Khan’s artistic career is a story of rapid ascent: a talent recognized early and given commensurate support. Born in Birmingham to a Pakistani father and a Welsh mother, he studied art as a BTEC at nearby Walsall College. He went on to receive a Distinction in his MFA from the Royal College of Art, London, in 2004; just two years later, he was presenting solo shows with some of the most respected galleries in the world, including Victoria Miro in London.

This year, Idris Khan’s work will be showcased in the Deutsche Bank Wealth Management Lounges at both Frieze London and Frieze Masters. As outlined in a video that accompanies the lounge displays, and also on view in the Frieze Viewing Room, the bank has enjoyed a long relationship with the artist. They noticed him while he was still at the Royal College and purchased an early work, Rembrandt by Himself (2006), for the Deutsche Bank Collection – one of the largest and most internationally diverse  corporate collections in the world, with a focus on photography and works on paper. Typical of his early interest in photographic montage, Rembrandt by Himself digitally layers reproductions of every self-portrait by the 17th century Dutch painter, so that Khan, as the writer Geoff Dyer in The Guardian put it, ‘effectively photographs him with an exposure time lasting the length of the artist’s life’. At the Lounge this year, the evolution of Khan’s interest in repetition and overlay is apparent in a display of large, richly coloured paintings with forms created from die-cut metal stamps which will, for the first time, also be on display, offering an additional insight in the artist’s practice.

Yet, Khan’s story is sadly atypical for most BIPOC in the UK art world. In March this year, the Freelands Foundation announced the start of a review of racial inequality in arts education in partnership with the Runnymede Trust, noting that, despite making up almost 20 percent of the UK population, only 2.7 percent of the national arts sector workforce is from an ethnically diverse background.

To help address this situation, the Frieze × Deutsche Bank Emerging Curators Fellowship was established last year, offering paid placements to UK-based BIPOC emerging curators, initially at London’s renowned Chisenhale Gallery. To raise funds for the Fellowship, Khan designed a limited-edition, sustainable facemask featuring a pattern made from overlaying sheet music, which was sold alongside a limited-edition print by John Akomfrah, a pioneering figure in the UK Black Arts movement and a past collaborator with Deutsche Bank. The success of the sales exceeded all expectations, and enabled a second paid post at BALTIC Centre for Contemporary Art in Gateshead, to be added to the scheme. Ahead of the 2022 Frieze London and Frieze Masters fairs, Frieze and Deutsche Bank have announced their ambition to create a third placement based at London’s V&A East. Opening in two stages across 2024–25 on the former Olympics site in Stratford, V&A East will comprise a museum and storehouse for 260,000 objects from the world-famous institution’s collection of applied and decorative arts. Questions of access and diversity are also core to the institution’s approach. ‘The depth and width of our investment in the local population will be the metric against which we will gauge our success,’ V&A East Director Gus Caseley-Hayford tells me over the phone. He explains how he plans to spend much of the run up to the opening visiting schools in surrounding boroughs, using objects from the collection in a show-and-tell. He picks out a flamboyant tulle Molly Goddard dress and a piece of cloth from southern Ghana as ones he is especially excited to share. ‘I want to show them these things and tell them: this is yours.’ Like its sister institution, V&A East will allow the public to order objects from the collection for hands-on study on site.

The legacy of V&A East, Caseley-Hayford hopes, will ‘inspire a new generation of Alexander McQueens’ – the late fashion visionary who grew up in Stratford – ‘and doing it in one of the most diverse and culturally underserved areas of London’. The Emerging Curators Fellowship post at V&A East will form an organic part of this mission, one that Caseley-Hayford, who has previously led institutions including London’s INIVA and the Smithsonian National Museum of African Art in Washington, D.C., holds close to his heart. ‘I didn’t think I would get this far,’ he reflects of his own experience as a Black man in the cultural sector. ‘I came the long way round, and there are so many people for whom the path is narrow and tough.’ He adds that diversity is, in his eyes, not just a question of ethics but excellence. ‘This isn’t about us doing it just because we ought to. I think it will improve our institutions: the way we work, the way we deliver our programmes, how we reach our audiences.’

To help fund the V&A East iteration of the Fellowship, the acclaimed British-Nigerian artist Yinka Shonibare CBE RA is creating a new limited-edition artwork, drawing on sculptures from his recent exhibition at London’s Stephen Friedman Gallery, which are based on the traditional masks of the Bamana, Bobo, Fang and Nalu peoples that Pablo Picasso collected and was inspired by. ‘That the source of the inspiration which helped to trigger sophisticated modernity was denigrated as “primitive” is a very bitter irony,’ notes Caseley-Hayford. Shonibare’s edition, he believes, provides ‘a perfect visual icon for us to think about how we give back to people whose energies and identities have been overlooked so powerfully’. Every purchase of the work, he notes, will go towards something ‘transformative for someone’s professional opportunity’. It’s also possible to donate directly to the fund. So, for those who can dig deep: time to get in line.

This article first appeared in Frieze Week, October 2021 under the headline 'Life Masks' 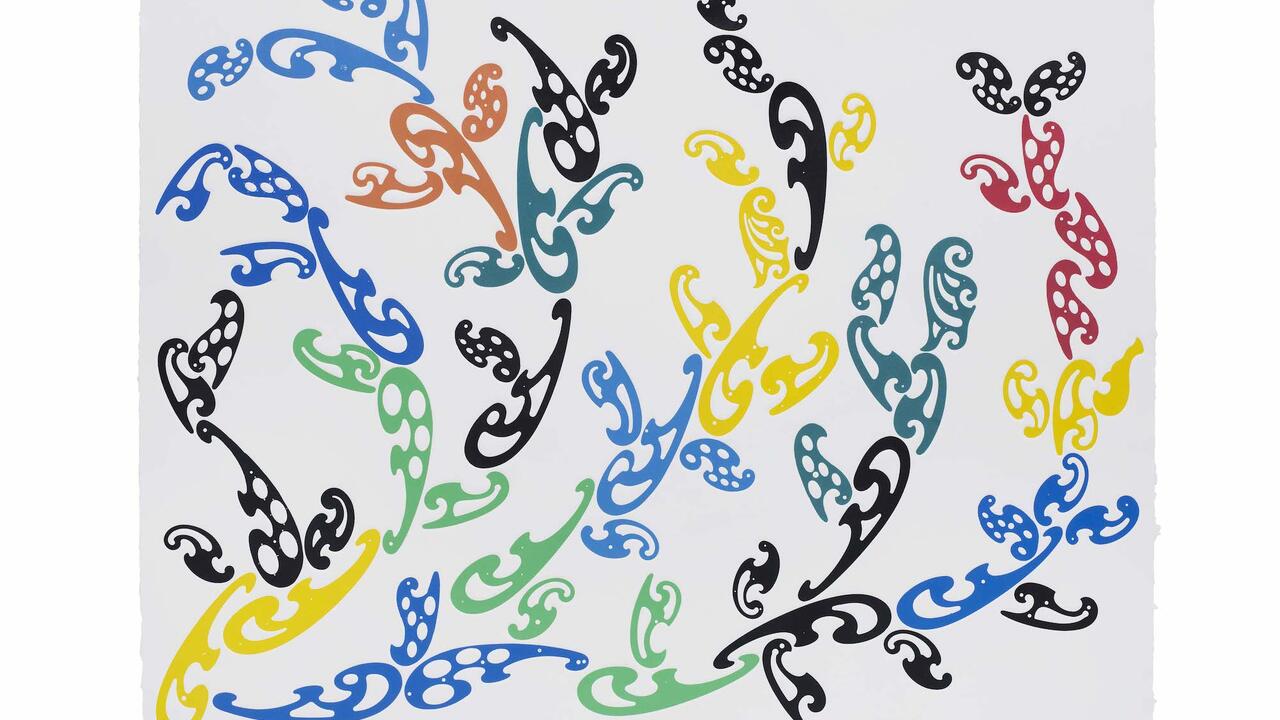 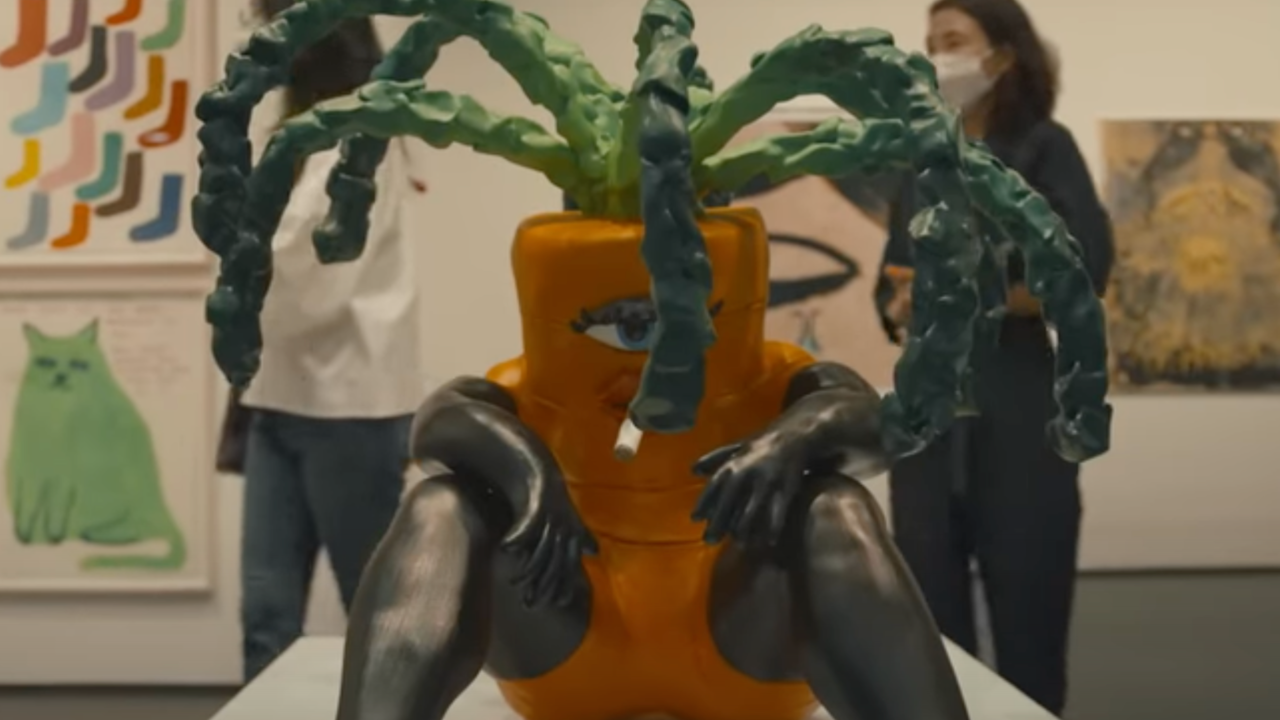