For this exhibition of the architect's work at the Ludwig Museum, Budapest, a bewildering array of materials and structures

When passing pieces by Yona Friedman in group shows or permanent collections, it can be easy to pay them scant attention. Out of context, set adrift amongst the more immediately polished looking models of other artists and architects, Friedman’s maquettes – often made out of things you or I might think of throwing away: cardboard toilet rolls, random assortments of chicken wire and polystyrene – come across as tremendously unimpressive, like something knocked up by children or Blue Peter presenters. However, when they’re given a whole floor of the Ludwig Museum in Budapest (the city where the architect was born, in 1923), one feels a whole world of ideas emerging. 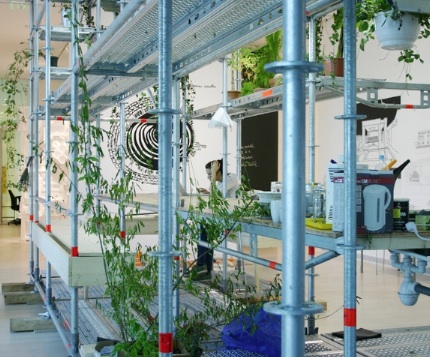 Friedman’s solo exhibition, entitled ‘Architecture Without Building’ in reference to his minimal output of actual built projects, offers a bewildering array of material, from the usual renderings and photo-collages to the aforementioned maquettes. But most striking are the great exposed scaffolds that rise out of the gallery floor into explorable steel frames. This construction, based on Friedman’s drawings and created by Philippe Rizotti Architects for this exhibition, is by way of some small illustration of one of Friedman’s most famous concepts, the ‘Ville Spatiale’: the city as a three-dimensional raised grid, with each cubic void in the lattice an extemporized dwelling space – allowing, that is, for the proper distribution of natural light and green spaces. Here, after first donning hardhats and signing a disclaimer, viewers are allowed to climb the scaffold, which is high enough to afford a peep into the other exhibitions on the upper floors. Another way to look at Friedman’s concept might be to think of its influence on such buildings as Moshe Safdie’s ‘Habitat 67’ for the Montreal Expo, or the ‘in-between’ zones of Bernard Tschumi’s Le Fresnoy Art Center in Tourcoing, France. 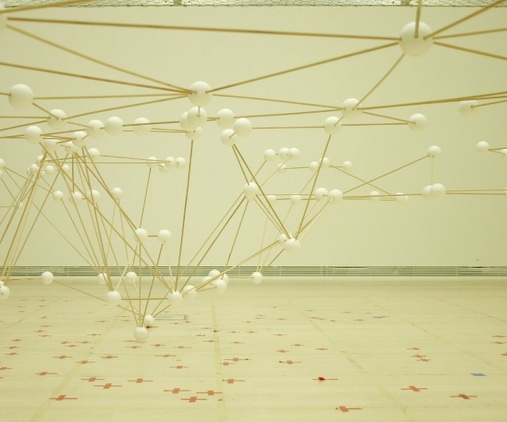 The real source of goggle-eyed wonder in this exhibition, however, is to be found amidst the endless display of A4 yellow sheets, practically wallpapering several rooms with cartoons and concepts. These speculative storyboards tend to begin with a seemingly trivial question – what is a house? or a roof? or such like – and proceed apparently innocuously to such baroque notions as bridge cities, Merzbau structures, and continent cities, all cutely illustrated by little smiling stick men. Within these marker pen skits – and again and again in the exhibition wall texts – we encounter a series of buzzwords that have become more and more familiar over the last decade but appear to have been germane to Friedman’s thinking for half a century. 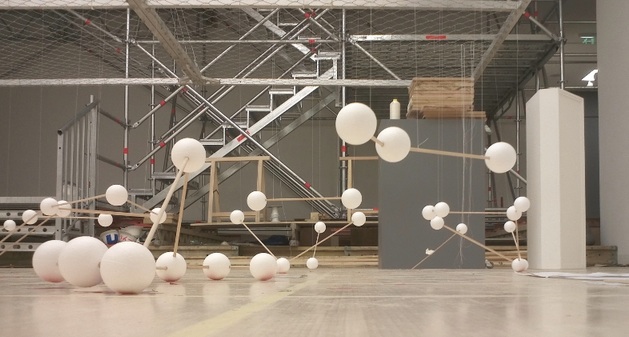 Words like ‘networks’, ‘complexity’ and ‘open source’, along with spotted references to Buckminster Fuller and the Whole Earth Catalog, seem to draw Friedman into the ambit of cyber-Utopian thinkers like Stewart Brand, or the editors of Wired magazine. Indeed, just as Brand found his cybernetic awakening amidst the hippy communes of the early 1970s, Friedman’s architecture seems to have been similarly shaped by his experience of living on an Israeli kibbutz a quarter of a century earlier. But there is a somewhat more macabre conceptual link between the two: Many of Friedman’s Utopian ideas seem to presuppose on the one hand a great deal of open space and detritus, and on the other, an Earth with a temperature several degrees higher. You could call it an architecture for after the apocalypse – just as the Internet itself, since its RAND Corporation origins, is a design for a communication system to survive the nuclear holocaust.