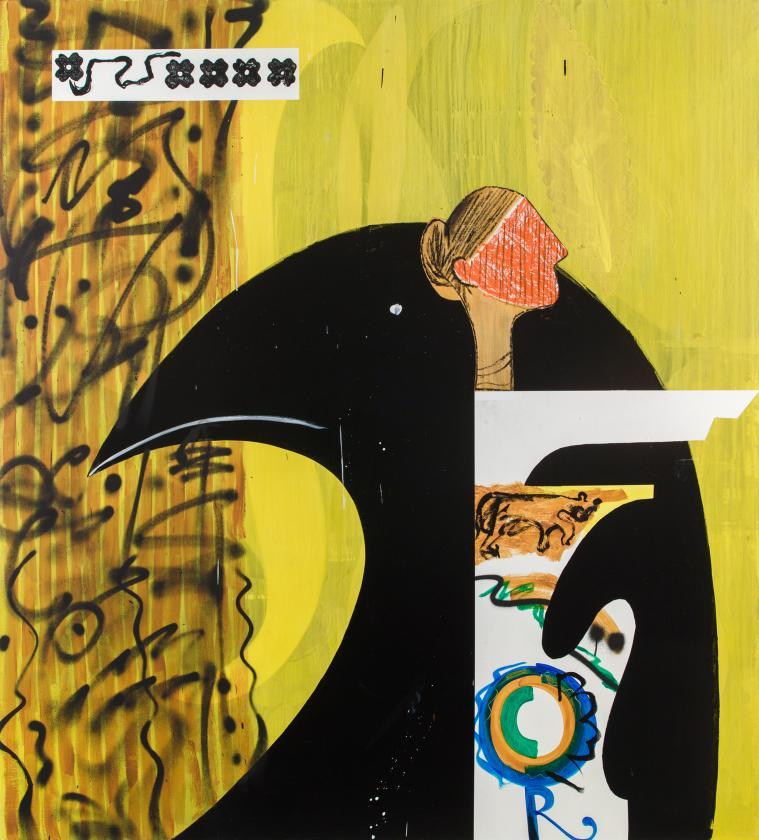 The formal complexity, and the fun, of Charline von Heyl’s painting language can leave one at a standstill – it did for me. Driven equally by rules and the unruly, this new suite of large-scale paintings at Petzel – Von Heyl’s ninth show with the gallery – continues a painting tradition in which there is, in all cases, too much to see. In the aptly titled The Floodsubject (2018), long, densely painted raindrops cover a canvas marked with grays and green swaths of paint. These stark, black drops pull one down, as if into the painting, as if subject to its flood. In another, Dub (2018), Von Heyl depicts a faceless mask; or is it a rock? The densely painted inside is covered with layers of paint: grayscale blotches and vertical tracks of blue, pink and yellow. The strange object is haloed with charcoal triangles jutting outward, and the rock, like the viewer, responds: a small piece juts out of the form, and breaks the mold.