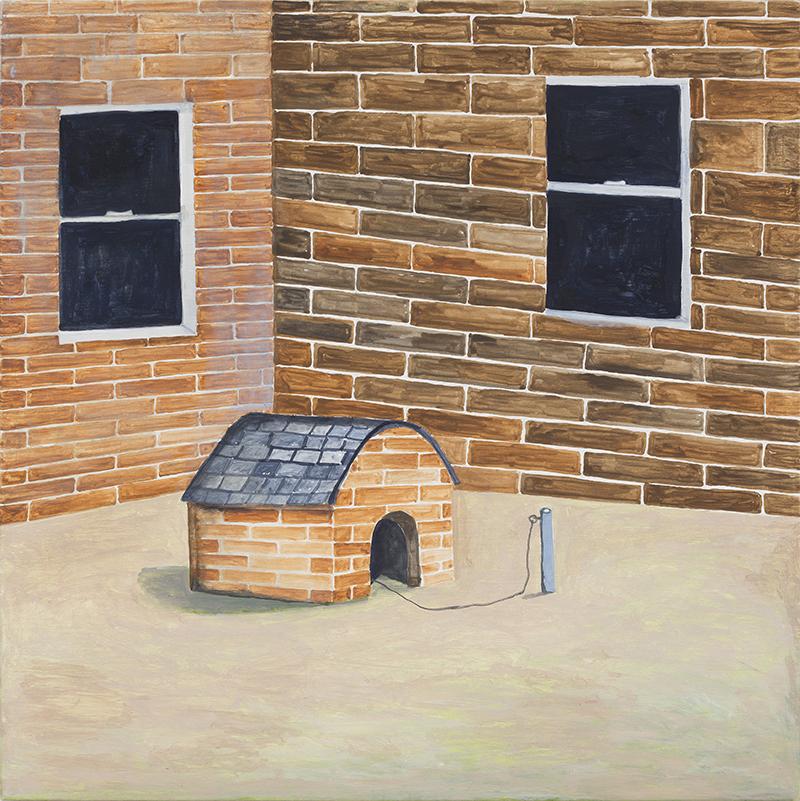 Sweeping aside grander narratives to examine the texture of ‘everyday’ life, there is a tense, quiet intent to this show, co-curated by Edouard Malingue Gallery and mother’s tankstation. I’m first drawn to the photographs of workers mending street lamps mounted on a slab of aluminium signage daubed in blue by Ko Sin Tung. The Hong Kong artist’s politically charged installations (often drawing on imagery and materials from Hong Kong’s construction zones) narrate the sense of suffocated space and crisis in her city. Ko’s work occupies a space between actual existence and what might have been promised, and I like how her passion for the politics of the urban form as well as a kind of speculative fiction flows into the work of Paris-based artist Eric Baudart. Baudart’s assemblages, in turn, frame the quotidian with an air of falsity, in which objects are displaced and defamiliarized, whether it’s a set of motorized fans immersed in canola oil, or in this instance, a weathered parasol mounted on the wall like a special relic. Meanwhile Dublin-based painter Mairead O’hEocha is known for her landscapes which capture the edges where the urban and pastoral meet, as well as a long preoccupation with radiant flower painting. O’hEocha’s interest in still life seeks to see old works afresh, whether reactivating them in order to reassess patriarchal art history canons, or her painting of tulips here which takes after a now lost work by Philip Reinagle. And there is a melancholia, too, in Australian painter Noel McKenna’s work, which converses with a sense of the ‘supernormal’, featuring charged domestic spaces (one painting details the home of an Iranian artist who was a victim of the US’s recent travel ban) as well as sculptures and an animation by Sam Anderson that journey across the gallery space in a female reimagining of Miguel de Cervantes’s famous knight-errant Don Quixote.