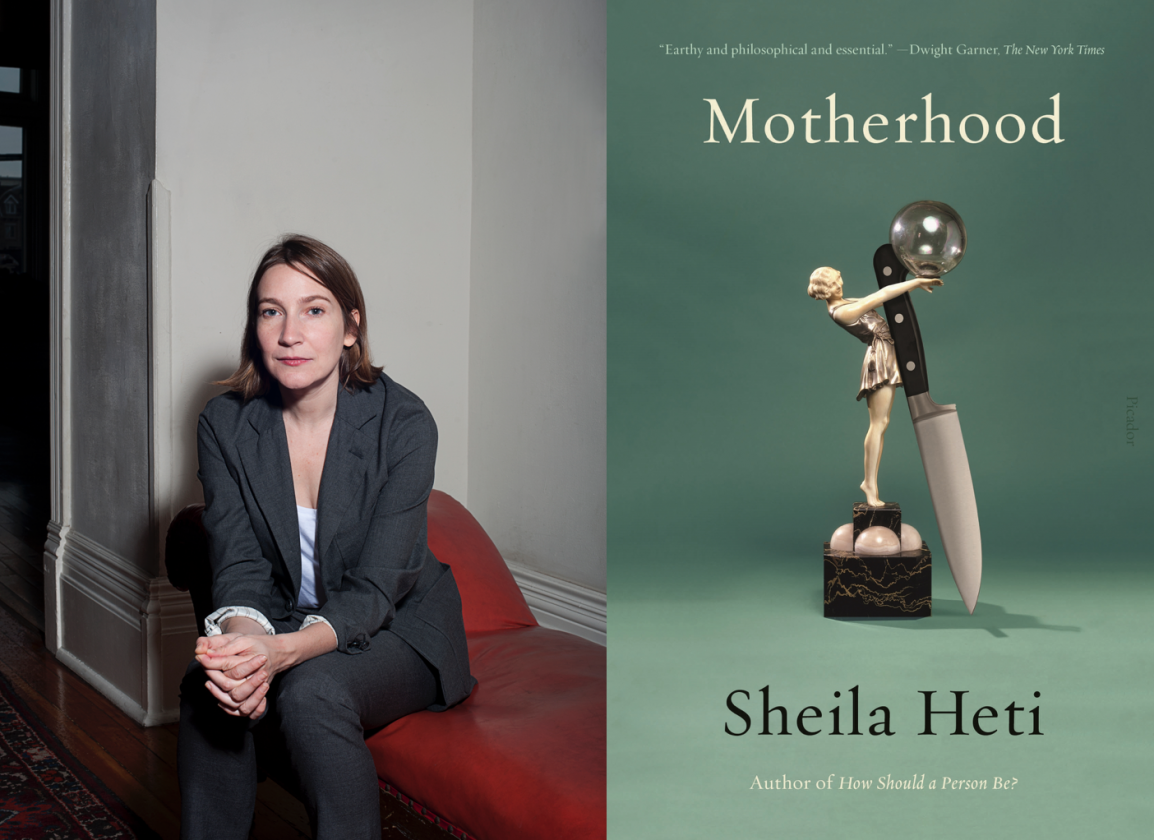 Sheila Heti is the author of eight books of fiction and non-fiction, including the novels Ticknor, Motherhood, How Should a Person Be? and the story collection, The Middle Stories. She was named one of “The New Vanguard” by The New York Times book critics; a list of fifteen women writers from around the world who are “shaping the way we read and write fiction in the 21st century.” Her books have been translated into twenty-one languages. Her most recent novel, Motherhood, was chosen by the book critics at the New York Times as one of their top books of 2018, and New York magazine chose it as their top book of the year. Her novel, How Should a Person Be? was named one of the 12 “New Classics of the 21st century” by Vulture. It was a New York Times Notable Book, a best book of the year in The New Yorker, and was cited by Time as “one of the most talked-about books of the year.” Her play, All Our Happy Days are Stupid, had sold-out runs at The Kitchen in New York and Videofag in Toronto. She is currently developing a new play called The Dug Out. She is the former Interviews Editor of The Believer magazine, and has conducted many longform print interviews with writers and artists, including Joan Didion, Elena Ferrante, Agnes Varda, Dave Hickey and John Currin. Her fiction and criticism have appeared in The New Yorker, McSweeney’s, Bookforum, n+1, Granta, The London Review of Books, and elsewhere.

Part of Time Warner’s 150 incubator, Sundance’s New Frontier Lab and one of Filmmaker Magazine’s 25 New Faces of Independent Film, Josephine Decker has been said to be ushering in a “new grammar of narrative” by The New Yorker. Her newest feature Madeline’s Madeline World Premiered at Sundance 2018 where it was called a “mind-scrambling masterpiece” by Indiewire and a “radical, breathtaking beauty” by The Village Voice. The film was recently nominated for Best Picture and lead Helena Howard for Breakthrough Actor at IFP’s Gotham Awards and just received two Independent Spirit Award nominations as well. Josephine premiered her first two narrative features at the Berlinale Forum 2014 to similarly rave reviews. Josephine is currently in post-production on her fourth narrative feature starring Elisabeth Moss about the writer Shirley Jackson and just directed an episode of HBO’s Room 104. Her documentary, film and music video work has shown at the Museum of the City of New York, on Netflix, PBS and MTV and at hundreds of film festivals around the world.