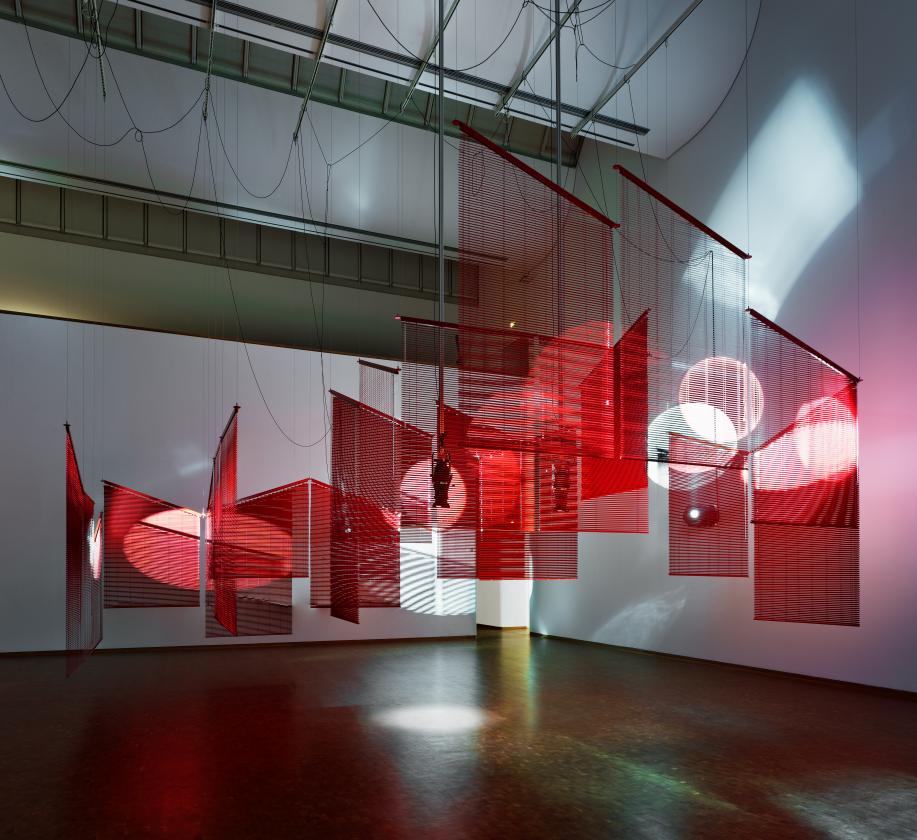 ‘Historical narratives overlap with personal ones in the most unlikely of ways.’ These words belong to Haegue Yang, whose recent ‘Influences’ piece for frieze ebbed through the various bygone tales that inform her multivalent practice, from the musical compositions of Isang Yun to the families who were left estranged following the Korean oil crisis of 1971. In Yang’s work, such stories breathe through ovoid assemblages of bells mounted on wheels, towering installations of Venetian blinds and dense tufts of artificial straw – woven, plaited and draped. These are structures that, like their narrative forebears, are settled but forever in flux; stable but retaining the ability to move – or be moved by another. Thus, when Yang writes of the effects of Korea’s fractious history upon its infrastructure, she could be talking of her own practice: ‘regions are unexpectedly connected yet remain disconnected’. In these sculptures, divergent tales are momentarily reunited, all the while refusing the temptation to declare themselves fused. This abstraction of the actual should not be misconstrued as a yearning for the closure, but rather a running ‘leap into a dimension that cannot otherwise be understood’. It is one that, as is hinted at by the title of Yang’s vast survey at Museum Ludwig, ‘ETA 1994 – 2018’, will always be travelling, but will never touch down.