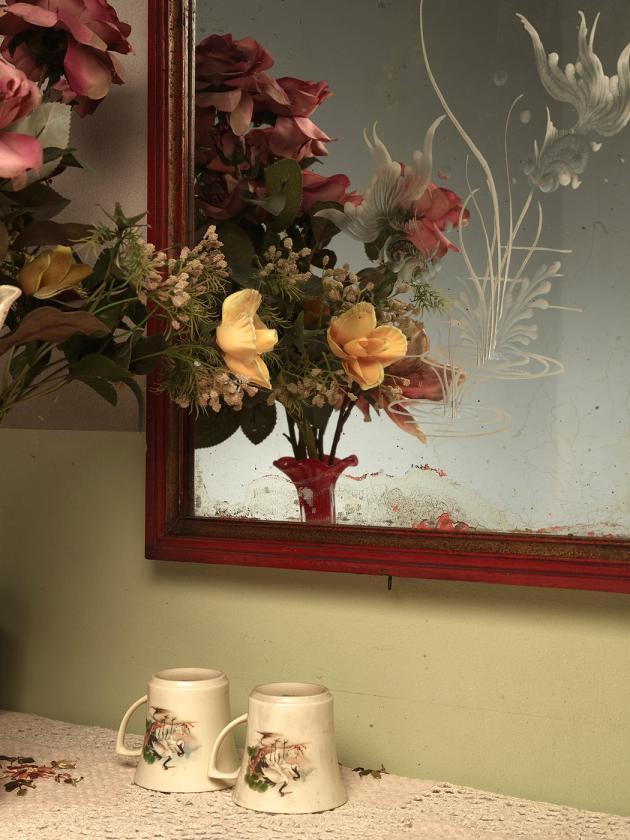 Curated by Leo Li Chen, ‘Going and Coming’ is a portrait of an artist fiercely committed to documenting the beauty in life, even as it remains fleeting. In ‘Love Letters’ (2011–14), one of three photography series presented, Jiang Zhi doused exquisitely formed orchids in alcohol, setting them ablaze, and captures the spilt second before life is sapped from the flowers. The artist created the series after death of his wife Ren Lan (‘Lan’ means orchid in Chinese) in 2011. If photography’s power is its creation of a perpetual present, then the repetition of the moment life is usurped by death can be read as a metaphor. In the ‘Going and Coming’ series (2016–17), the same dried flowers from ‘Love Letters’ are put on a spinning table, captured on camera, before being transposed into oil on polyester paintings. The tension between a ‘whole’ and its ‘parts’ is further explored in the series ‘Fade’ (2016–17), where the real flowers in ‘Love Letters’ and ‘Going and Coming’ are swapped with artificial counterparts.