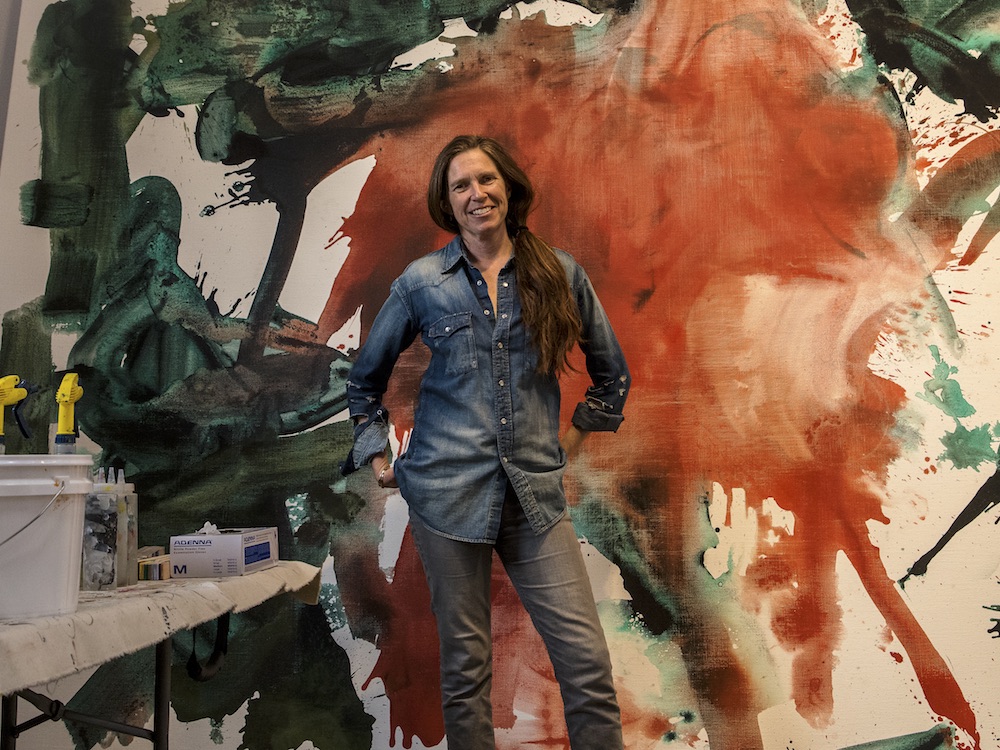 Mary Weatherford has emerged as one of today’s preeminent abstract painters. Her signature large scale painterly canvases incorporate neon tubes. Suzanne Hudson is Associate Professor of History and Fine Arts at the University of Southern California. Her current book, Contemporary Painting, is forthcoming (2020) from Thames & Hudson (in the World of Art series).

Mary Weatherford was born in Ojai, California. She earned a B.A. from Princeton University, her M.F.A. from the Milton Avery School of Fine Arts at Bard College in 2006, and was a Helena Rubinstein Fellow of the Whitney Independent Study Program in 1985. Weatherford makes paintings that evoke a specific time, locale and temperature. Her recent works, in which the canvases are affixed and sometimes juxtaposed with working neon light, provide an elusive and sometimes radical comment on the legacy of gestural abstraction. Weatherford is noted for her masterful use of overlapping fields of color, and as her work has advanced the increasingly complex and luminous interactions between paint, lighting, and wiring have produced a hybrid form that collapses the distinction between painting and installation. She currently lives and works in Los Angeles.

Suzanne Hudson received her Ph.D. from Princeton University and is currently Associate Professor of Art History and Fine Arts at the University of Southern California, Los Angeles. She is an art historian and critic who writes extensively on modern and contemporary art, with an emphasis on painting, process, and American philosophy. A regular contributor to Artforum since 2004, she is the author of books including Robert Ryman: Used Paint (MIT Press, 2009; 2011), Painting Now (Thames & Hudson, 2015), and Agnes Martin: Night Sea (Afterall/MIT Press, 2017). Mary Weatherford is immediately forthcoming from Lund Humphries.