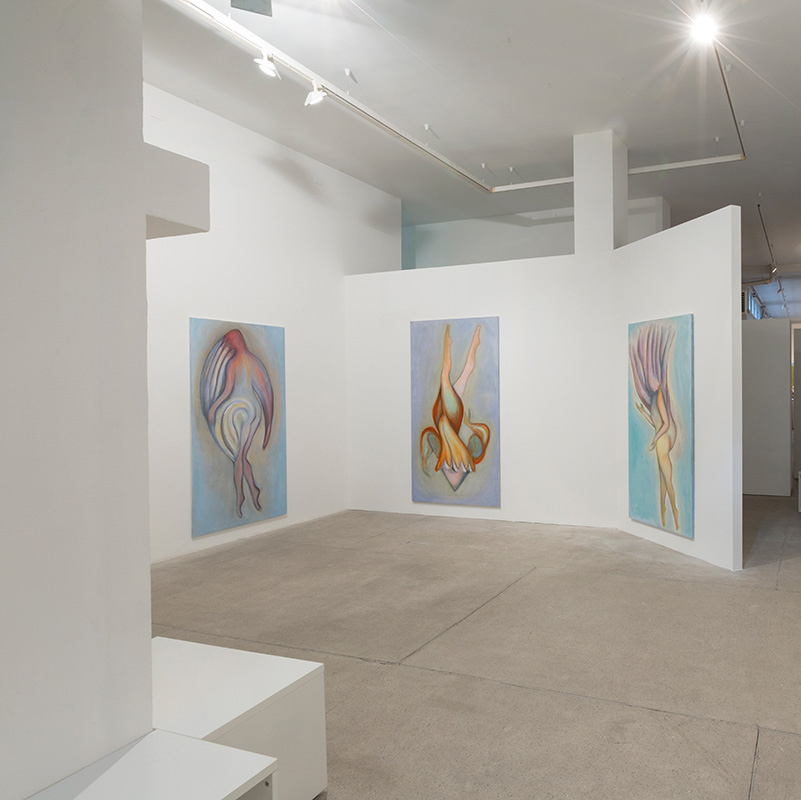 At the entrance to Galleria Raffaella Cortese, Mathilde Rosier has positioned a new video, recording a performance that she organized in the same space before the opening of her exhibition. It shows a group of young performers in green and blue who slowly compose words and fragmented sentences on the floor, by using black and white sand. Two red-socked waltz dancers whirl around, gracefully erasing all the texts. Rosier suggests to look at her paintings ‘as if at the movies, seated, oblivious of our own body, and by taking a lot of time’, as she writes in a text that accompanies the show. Her underwater creatures from the oil painting series Blind Swim (2016–17) – half women, half shells, fish, and other marine beings – resist description, as if emerging from a subconscious as fully formed images. Other works from the same cycle are currently on show at Fondazione Guido Lodovico Luzzatto, in the domestic interiors of the house of the Milanese scholar and art critic (until May 6), as well as at the Castello di Rivoli, in Turin, in the exhibition ‘Metamorphoses – Let Everything Happen To You’, curated by Chus Martínez (until 24 June).