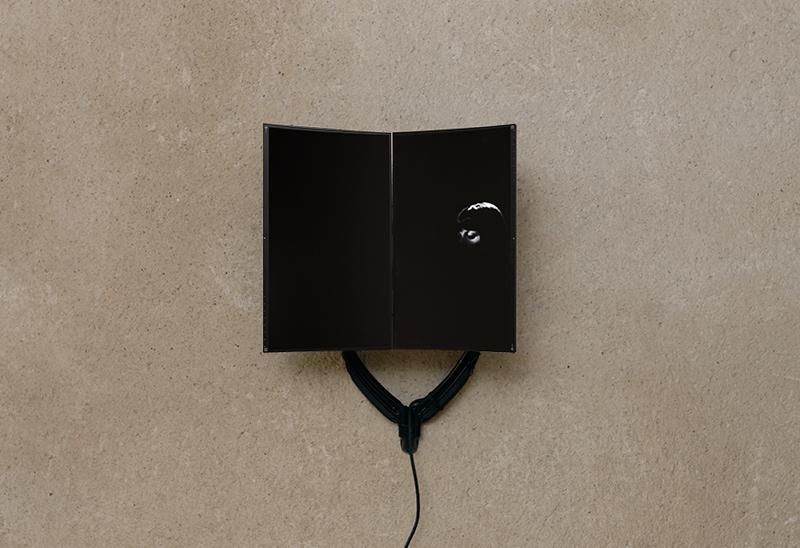 Featuring three works, the Israeli artist’s first solo show in Berlin is relatively modest at first sight, yet each of these pieces is rich with historical references, social commentary, and is the result of formal contemplations about the nature of the reproduced image. All of this is typical to Ninio’s dense approach, which is well-known in Israel and France, the two countries between which he splits his time – but less so in Germany. The video piece Morgen (2010–15) shows a black and white YouTube clip from a 1965 West-German TV show showing Israeli singer Esther Ofarim singing Morgen ist alles vorüber [It will all be over tomorrow, 1963]. At the time, she didn’t speak any German, and her studied pronunciation of the German Umlaut vowel in Vorüber gives her away. 1965 is also the year when Israel and Germany first established diplomatic relations. Back then, for the Israeli population, many of whom refused to use their German mother tongue, Ofarim’s career move to Germany was nothing short of treason. In Dauerwelle, [Perm] – a new work commissioned for the gallery’s tiny architectural element of a cube recessed into a wall – the singer’s pitch black Cleopatra-coif wig rotates in mid-air, preserved like a relic, endlessly hovering in space like the spectre of a violent beheading.