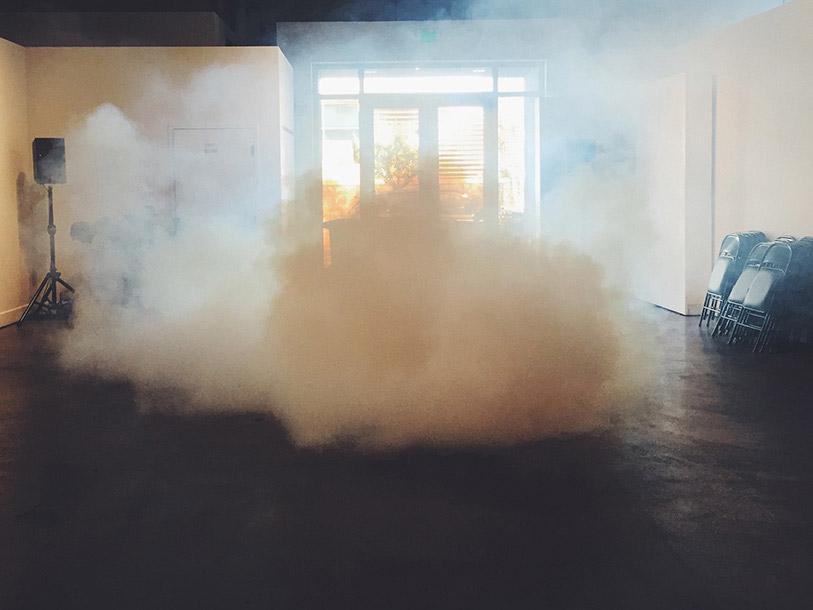 ‘A new job to unwork at’

Following a series of public programming at Artspace, New Haven, and LACE Project Space in Los Angeles, curators Andrew Kachel and Clara López Menéndez bring their interdisciplinary research platform, ‘A new job to unwork at’ to PARTICIPANT INC. The artists included here present works that question, disrupt and jam the ideological and normative operations of ‘work’ as a discursive, social and economic process. Here, the often rigid labours of aesthetic production are pitted against the labours of the everyday: from the practical – bathing, getting to work – to the emotional: in the performance of empathy or against the forces that drive us mad. Strewn around the gallery floor, Dylan Mira’s VOIDS (all 2015), cuts and voids four cartoonishly large blank checks. Crucially, these checks are also endorsed: ‘I DON’T BELIEVE IN FORM BUT I WOULD LIKE TO KNOW MY BODY BETTER,’ is scrawled across the back of one in the centre of the gallery. Elsewhere, among video pieces, instructional guides and (somewhat unbelievably) pill capsules filled with fescue plant matter from one of Donald Trump’s golf courses, Kandis Williams offers us an equally destabilizing iteration of unworking: two compendiums titled Reader – one made by Williams the other by the curators – filled with reprints of texts on art and capitalism from Karl Marx to Fred Moten, are accompanied by a sign which, given the literal weight of these texts, reads more like a desperate plea than it does a liberty: ‘FREE BOOKS’.