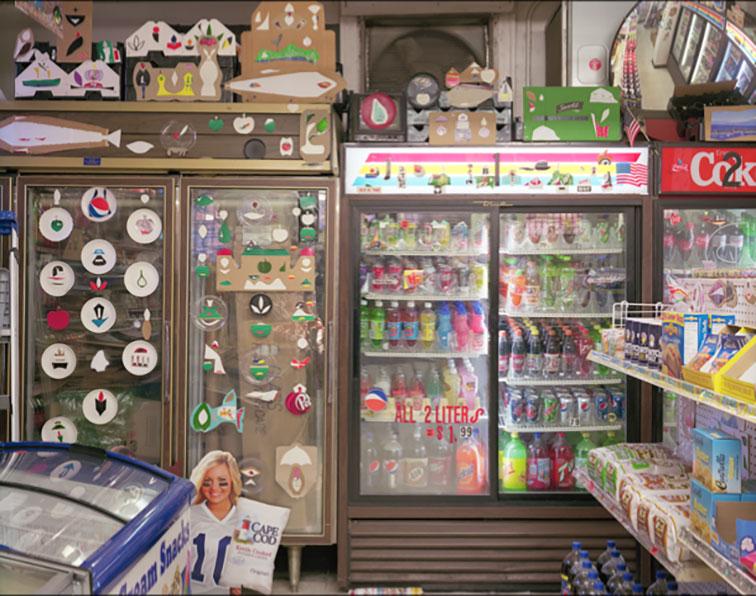 The gallery share project Okey-Dokey, which got off to a positive start last year, has been entirely revamped. This year’s curatorial advisor is Artists Space’s Jamie Stevens, who has hooked up young Rhineland galleries with unconventional partners: A group show at Jan Kaps features punk rock publisher Re/Search from San Francisco; Max Mayer hosts Blank Forms, a New York label for experimental music, as well as experimental Hong Kong music space Empty Gallery; and Ginerva Gambino is paired with Front Desk Apparatus, a research-driven art advisory service. The idea is clearly to provoke exchanges about the gallery format, which has been going through something of a crisis in recent years – at least for smaller and intermediate galleries. But of course there is also art: Lucas Hirsch (with Piper Keys, London) is showing Manuela Gernedel’s drawings of her untidy kitchen. Even if some of this work was recently shown in London it is hard to imagine a denser rendering on paper of the conflict between being a mother and being an artist. A few streets away, Max Mayer takes a different approach with the works of the artist, composer and mathematician Catherine Christer Hennix. A standout piece among the very different works on show is the large-format diptych Algebra w/Domains (1973–1991) with black, red and blue fields in a white grid, looking like an exciting cross between neo-plasticism, modular music and intuitionist mathematics.

While all the shows offer unusual material, of particular note is the presentation at Drei (with Southfirst, NY) showing works by Patricia L. Boyd, Leslie Thornton, Julia Scher and Tobias Madison, which might be said to combine machinism with narcissism. Especially Thornton’s video Jennifer, Where Are You? (1981), in which a small girl experiments with lipstick and matches to a soundtrack of dramatic piano music while a worried father calls her name, makes a sustained, haunting impact. Definitely an intriguing edition, it will be interesting to seeing what direction Okey-Dokey will take next year.