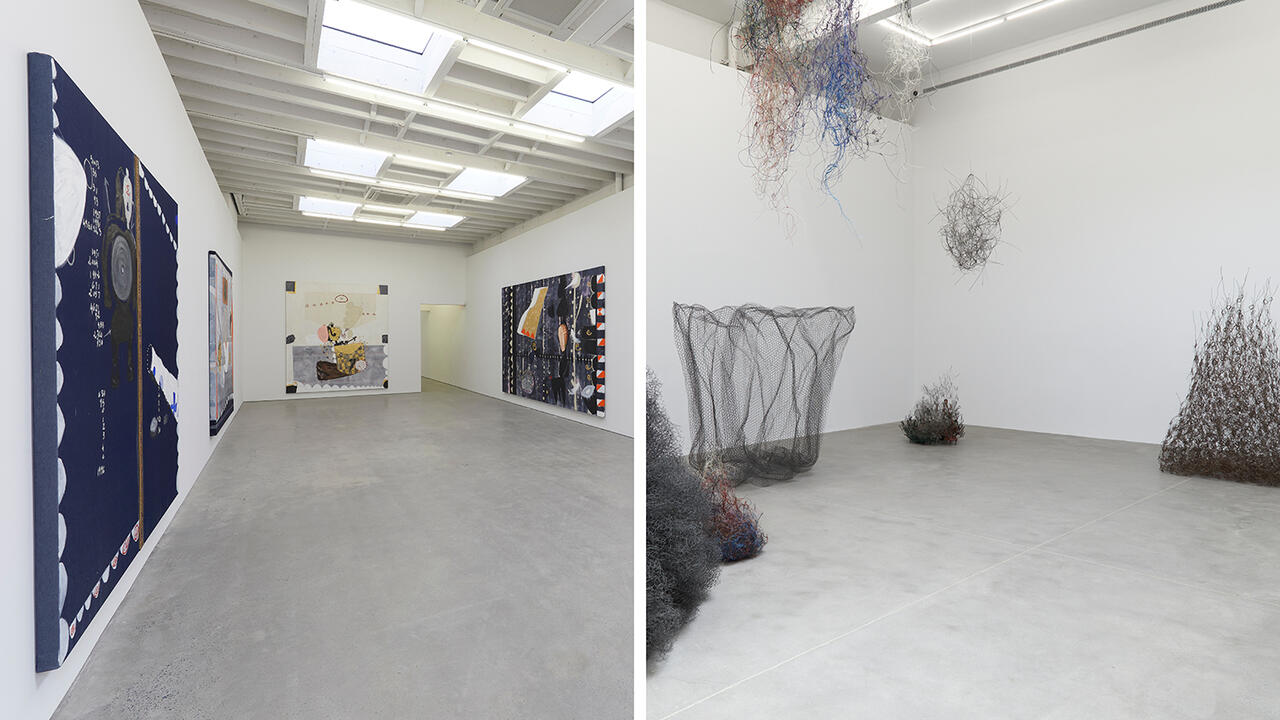 Courtesy of the artist and Karma, New York

Courtesy of the artist and Karma, New York

Alan Saret (b. 1944, New York) is an artist working across mediums, notably sculpture, drawing and language studies. Saret’s practice traverses mathematics and spirituality, exploring the ways inorganic material can take on organic qualities. Wires, often salvaged from industrial settings, once knotted, looped and twisted, are transformed into constructions which resemble natural phenomena, such as chemical bonds, a nervous system, or an insect's web. In his “gang drawings,” a kindred alchemy is present—a large gang of colored pencils is gripped and through a series of basic movements, produces markings in which the pencils themselves seem to have a mind of their own. Saret’s work is held in the public collections of the Museum of Modern Art, the Whitney Museum of Art and the Metropolitan Museum of Art, among others.

Ouattara Watts (b, 1957, Abidjan, Ivory Coast) is an American artist who uses brilliant colors, dynamic patterns, and hypnotic signs and symbols to explore the spiritual ties between people that transcend location or nationality. Watts uses a range of materials and mediums, such as textiles from around the world and hand mixed pigments, both acrylic and oil, set to a scale that ranges from large to monumental. Watts studied at L’École Nationale Supérieure des Beaux-Arts in Paris, France, before relocating to New York in 1989. His work has been exhibited at Museum of Modern Art (2021); the Whitney Biennial (2002); Documenta 11 (2002); and the Venice Biennale (1993) among others.

No RSVP is required to attend the event