Éric Baudelaire's thoughtful response to the attacks on the French capital

In Paris, on one of the last days of summer, I squeezed past the tourists and the five-euro-a-pop portraitists to visit an exhibition on the ground floor of the Centre Pompidou, the side that gives on to rue du Renard. The space, which I had last seen full of oddly shaped sculptures by the artist Jean-Luc Moulène, was mostly empty – a smattering of plastic chairs, some monitors, a lonely object or two. An enigmatic title, ‘Après’ (After), evoked a sliver of time, a reckoning. I stood in front of a screen on which long, meditative shots of zigzagging roads, hills and the sea were projected. Occasional signage in Turkish and Arabic pointed to foreign climes. I lingered over an image of an empty room. Curtains ballooned in the wind, suggesting a ghostly presence.

‘Après’ is a project by the artist Éric Baudelaire, who also directed Also Known as Jihadi (2017), the film I had been watching. A pamphlet explained that the idea for the project came after the attacks of 13 November 2015 in central Paris and its northern suburb, Saint-Denis. At the time, the French Prime Minister, Manuel Valls, had memorably, unhelpfully, boomed: ‘There can be no meaningful explanation. To explain is akin to wanting to find excuses.’ Baudelaire, who lives in Paris, sought a forum to reflect on the events nevertheless, hoping to do away with what he refers to as a nasty ‘entanglement of afters’ – i.e. we’re always reacting, reeling, retrospective. ‘“Après”’ he declares in the press release, ‘is a project about the present time.’

Also Known as Jihadi, which served as the project’s spiritual axis, centres around the true story of Aziz, a young Frenchman of Algerian origin, who travels to Syria to join the Al-Nusra Front. The film opens with long shots of Vitry-sur-Seine, the Parisian banlieue in which Aziz grew up, in a begloomed tower block, and follows his life path – school, humdrum jobs – until he arrives in Syria. Working with researchers, Baudelaire accessed a legal dossier of Aziz’s case – including wiretaps, school records, a psychological evaluation, and so on. Intercutting the film’s multitude of landscape shots that capture the places the young man had literally passed through are words drawn from the dossier. Aziz is reduced to a paper trail, an abstraction.

Which is kind of the point. ‘I wasn’t interested in terrorism or the character per se but, rather, the act of departure,’ Baudelaire told me. Such departures, to Syria in particular – a familiar feature of the past few years among children
of France’s first-generation immigrants – go to the heart of the French political fantasy of seamless assimilation. Attempts to acknowledge that the happy experiment isn’t that happy, or that France’s vexing colonial legacy is well and alive, are often met with allegations of being communautaire – too narrowly focused on group identity.

Alongside Also Known as Jihadi, ‘Après’ included works drawn from the Centre Pompidou’s collection. These included Le Joli Mai (The Lovely Month of May, 1963) – Chris Marker and Pierre Lhomme’s documentary of their traipse around France in which they ask people about their work, loves and living conditions – as well as two remarkable films from 1980 by Collectif Mohamed exploring life in a banlieue, most vividly after the murder of a local teenager. The ghosts of Le Corbusier and Georges Bataille, in particular, hover over Baudelaire’s project – one holding up architecture’s utopian promise, the other its dramatic failure. (Bataille once wrote of architecture’s depressingly formatted nature: ‘Where everything was planned ahead in an airless existence.’)

Also present was the spirit of Masao Adachi, the Japanese avant-garde filmmaker whose landmark ‘landscape theory’, known as fûkeiron, turned on its head socially engaged documentary – which traditionally focuses on subjects – pointing to a new politics of making images. His 1969 film, A.K.A. Serial Killer, portrays the institutional and domestic settings through which one killer comes to be. Like Adachi, Baudelaire teases out a topography that could have given birth to a thousand Azizs.

Time and again, we devote books and articles and symposia to the ‘political’ in art. We ask, repeatedly, what is to be done. Baudelaire’s decision to focus on a jihadi was a risky venture that could have flopped, indulging in seductive topicality, timeliness and spectacle. Yet, by looking at everything but the iconic event – guess what: being a terrorist involves a lot of waiting around – Baudelaire offers us an expanded vision. His film’s strenuous, even programmatic banality reminds us that the alienation it evokes is, literally, all around us. In Paris, it lies along the peripheries of the postcard-pretty city centre, in concrete ‘paradises’ called La Courneuve, Saint-Denis or Vitry-sur-Seine. As a gesture – unmonumental, thoughtful – ‘Après’ is a provocation to slow down, to look up and around, to think in the present tense. At one point, Aziz says to one of his interrogators: ‘I think you are giving me shoes that are too big to fill.’ We can say the same, I think, of art in these times. 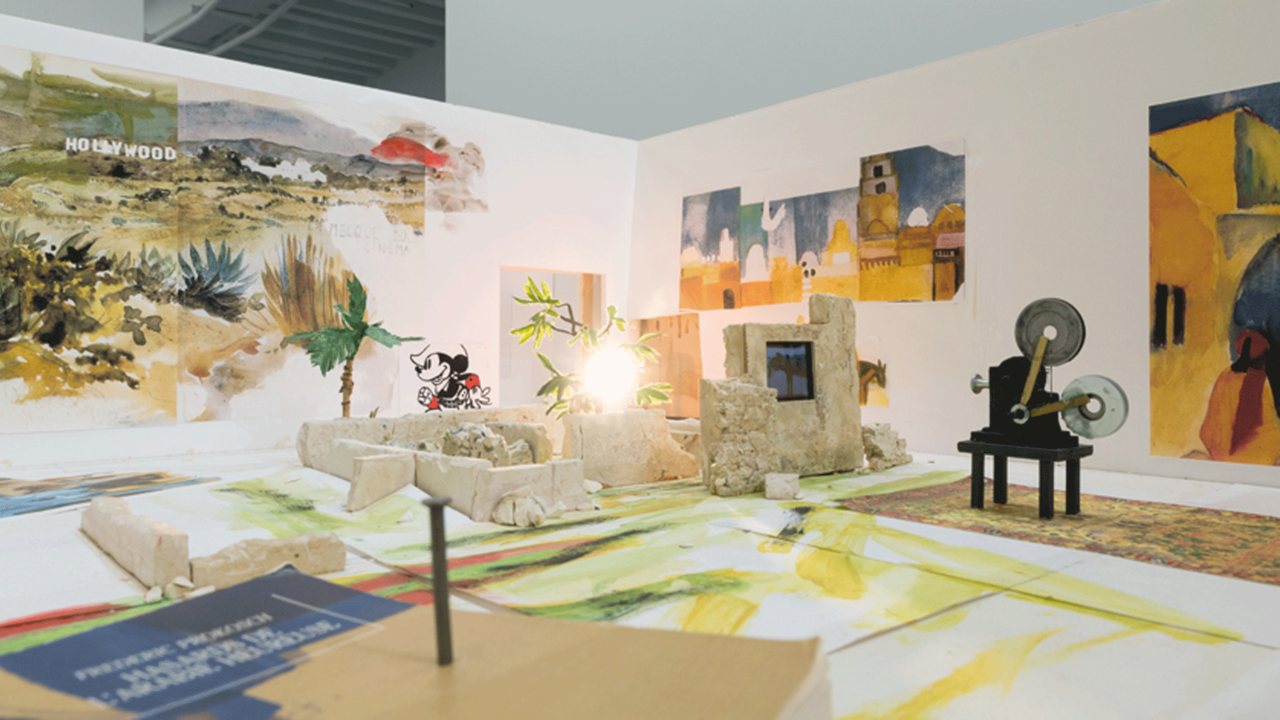