Asad Raza on Sculpting with Soil

An unusual artistic material, soil embodies the metabolic processes by which all life begins and ends

Soil contains worlds and forms the medium out of which our world grows. An opaque, concatenated substance, it’s both dead and alive. (Without microbial life, it’s not soil, but dirt.) Often hidden from sight, its internal structure is visible in core samples and furrows: clods or peds are arranged in a network that is both stable and lightweight.

Earthworms tunnel and leaven it, making it porous enough to hold and drain water. Soil includes sands, clays and silts as well as bacteria, fungi, plants, insects, arthropods, animals, decomposing organic matter and faeces – all suspended in a structural net. Almost all life on land, by weight, lives within it. We terrestrial mammals are part of the tiny fraction of life that resides on top.

Soil is almost completely absent from our current cultural imaginary and rarely considered in its complexity. Instead, it’s a metonym for Mother Earth, something to smear on yourself in a hippie ritual. We imagine ourselves as techno-autonomous beings residing in a real world that is merely a projection of an electronic matrix. As an artistic medium, soil is often used decoratively or treated as a readymade – a found material that represents the ‘natural world’. But soil doesn’t make a distinction between natural and unnatural matter. The detritus of contemporary human life – our phones, clothes, Styrofoam – are not the opposite of soil but its future components, just like the soil in the ancient Agora of Athens features fragments of urns, or the soil of Teufelsberg near Berlin is comprised of charred wreckage from World War II. Right now, cities are unwittingly making new soil types, known as technosoils, in which these anthropogenic components are present.

My efforts to make new soil started with Absorption (2019), a work conceived for Kaldor Public Art Projects in Sydney, where debates about land and belonging are particularly urgent. Beginning in the 18th century, colonists destroyed Australia’s soufflé-like topsoil, because their sheep didn’t hop as marsupials do, desertifying much of the continent. Many materials produced in a city can be incorporated into soil, not just the banana peels of household compost. In the 330 tonnes of neo-soil created for both the Sydney iteration of Absorption and a smaller version of the work installed at Berlin’s Gropius Bau in 2020, the list of found materials included dune sand, legumes, cuttlefish bone from local beaches, spent beer barley, museum-café coffee, ashes from park BBQs, bricks, cardboard, clay, cocoa fibres, iron oxide, kaolin, ochre, rubble, sand, cotton clothing from Gropius Bau staff, hair from local salons, hemp fibres and shredded palettes from museum art handling. Making a new soil felt like the right way to engage with the substance on a material level, rather than symbolically. It was not a linear process. We were not creating a finished object, but a substance with a ‘life coefficient’: the ability to foster metabolic growth.

Soil health, which is in crisis, is a measure of the loss of a set of ways to manage plants and animals that build up soil and prevent it from eroding or withering into dirt. Just as animals once as omnipresent as oysters or krill can disappear if global water quality degenerates, so the disappearance of soil will doom most terrestrial life, turning our global political struggles about who owns what land into a dark, irrelevant joke.

Confronting this material requires you to consider the creation of soil to be more than mere decomposition and, conversely, to understand that our unearthing and processing of the landscape into differentiated molecules, which we’ve been doing with radically increasing speed, is not really composition, either.

In other words: you can’t simply replace a bad object with a better object. That is a myth of modernism. Human politics generally offers two options, one positive and one negative: conservation of the way of life (conservatism) or thanatic destruction (revolution). Soil implies a third, metabolic option, at once negative and positive. It keeps life and death in a dynamic balance.

Roots extrude through soil, while insects, arthropods and archaea form part of its mass. As some organic and mineral matter breaks down, other matter grows. Are these ramifying processes a form of entropy or the first stage of the creation of new life? Soil makes this distinction impossible. Working with it, you come to embrace that. It has no ethical valence but, rather, a metabolic function: to bring forth a world and bury this one.

This article first appeared in frieze issue 218 with the headline ‘Six Feet Under’.

Asad Raza is an artist. Absorption (2019) will be on view at the Ruhrtriennale, Urbane Künste Ruhr, Bochum, Germany, from 14 August to 25 September. He lives in Berlin, Germany. 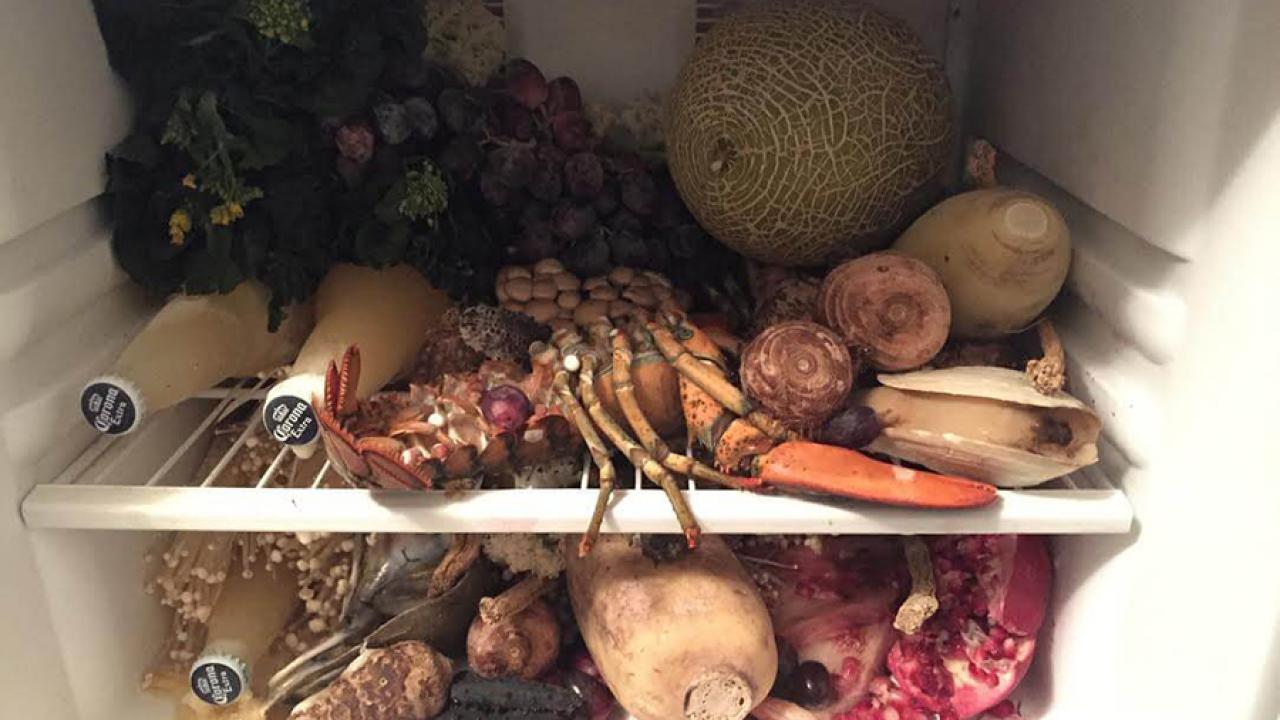 Critic's Guides
What To Do When You’re Stuck at Home

Frieze editors and contributors suggest books, films, music and television shows to keep you busy during the Covid-19 lockdown 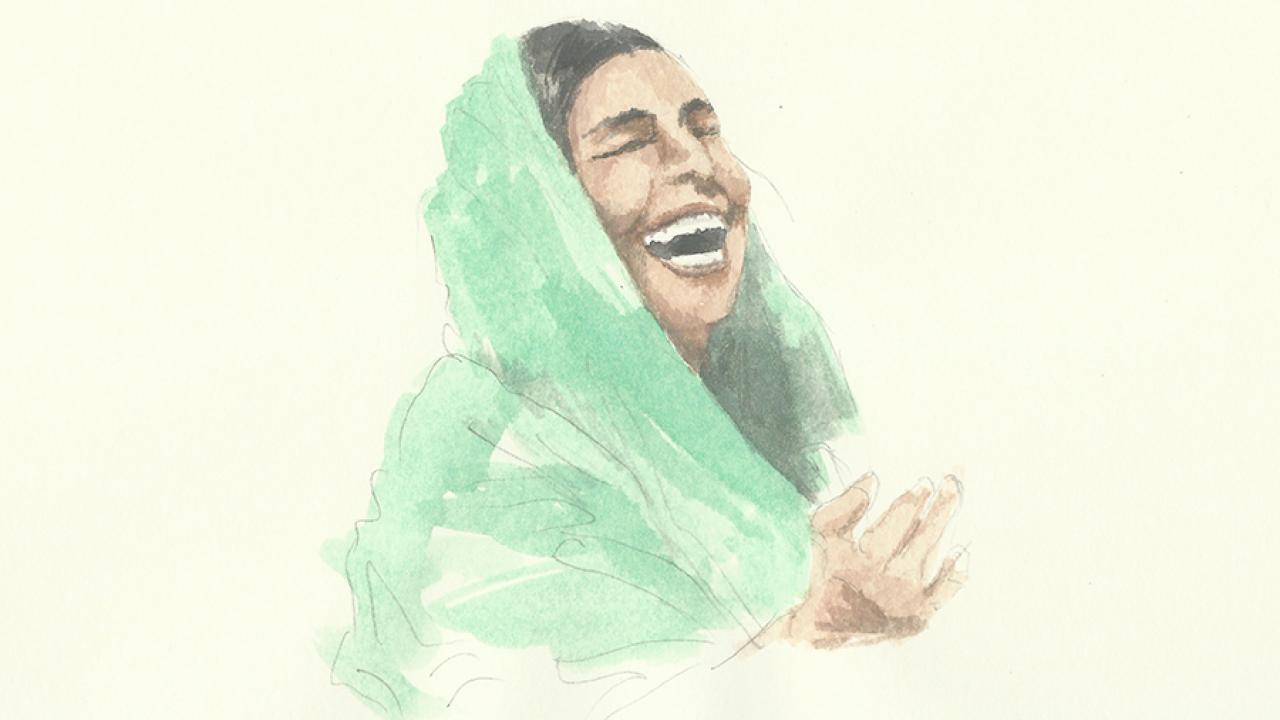