On 31 December 2016, the pioneering art dealer Barbara Weiss passed away in Berlin at the age of 56.

In October 1992, Weiss was among the first to open a contemporary art gallery in former West Berlin. That year, she inaugurated her gallery on Berlin’s Potsdamerstrasse with an exhibition of Larry Clark’s ‘Tulsa’ and ‘Teenage Lust’ series. In 2001, Weiss’s gallery moved to Zimmerstrasse near Checkpoint Charlie, and since 2011 has been located in Kreuzberg. Today Galerie Barbara Weiss represents an internationally-known group of artists including Monika Baer, Thomas Bayrle, Harun Farocki, Maria Eichhorn, Nicole Eisenman, Andreas Siekmann and Roman Signer. She will be sorely missed.

In the late 1980s, Weiss co-ran the Galerie Wewerka Weiss, Berlin, with Michael J. Wewerka, which in 1991 opened a solo exhibition by Eichhorn. Eichhorn’s exhibition ‘Notizen’ would follow in 1993 at Galerie Barbara Weiss, now run solely by Weiss. Known as a no-nonsense, long-term supporter of artists, many with a Conceptual bent, Weiss’s exhibition program was marked by its distinct political and social orientation. Weiss was among the first to exhibit the Soviet-born artist Ilya Kabakov, in 1994, and she would work continuously over the years with artists including Geta Brătescu, Farocki, John Miller, Siekmann and Eisenman – who showed with Weiss well before her international renown. A woman dealer in a male-heavy industry, Weiss actively encouraged the presence of women in the arts. She served as a role model for numerous younger dealers who have followed her example in supporting critically-engaged art in the German capital.

The Berlin dealer Tanya Leighton, a friend of Weiss's who opened her own gallery in 2008, called Weiss a 'personal hero'. As Leighton told frieze: 'Barbara had a profound influence on many of the younger galleries in Berlin and internationally. With disdain for mediocrity, she uncompromisingly sought to promote only extraordinary art and represent only the most exceptional of artists. This was her unique strength and my greatest inspiration.'

To commemorate her passing, frieze asked four artists close to Weiss to share thoughts and memories about this cherished figure in the artistic community of Berlin and beyond. Below are contributions from Thomas Bayrle, Maria Eichhorn, John Miller and Mai-Thu Perret.

Thomas Bayrle
Thomas Bayrle is an artist based in Frankfurt am Main, Germany. His first exhibition at Galerie Barbara Weiss in Berlin was in 2000. His current retrospective exhibition at the ICA, Miami, ‘One Day on Success Street’, is on view until 26 March 2017.

Barbara was a highly sensible person –

being under artistic turbulence I felt:

This is rare / kind of old style

And it reaches far above business...

John Miller
John Miller is an artist, writer and musician based in Berlin and New York. Recent exhibitions include a retrospective survey at ICA Miami (2016) and solo exhibitions at Metro Pictures, New York and Meyer Riegger, Karlsruhe, both 2016.

I first met Barbara Weiss in October 1991 when Aura Rosenberg, Josh Decter and I went to see Maria Eichhorn’s show at the gallery Barbara ran with Michael Wewerka on Berlin’s Fasanenstrasse. At the time, Berlin seemed like a cultural outpost and Barbara was at the centre of much that went on in the art scene. I had come to Berlin on a DAAD fellowship and Barbara welcomed me to what I would come to regard as my second home. At the end of that year, Barbara threw a big New Year’s Eve party at her apartment on Potsdamerstrasse. Aura’s and my daughter, Carmen, was just two years old then, so Barbara had prepared a bed for her so we could stay late. But Carmen was too excited to sleep. We watched fireworks from Barbara’s balcony; Carmen danced, probably for the first time. That spring, when my year-long fellowship was over, Barbara – together with Michael Werwerka – found a place for us to stay in Neuköln. We returned to New York in September, but kept coming back to Berlin during the summer.

When Barbara came to New York, she often stayed with us – first in Battery Park City, later on the Upper West Side. My father-in-law Ernest, who was a German-Jewish refugee and a bit of a dandy, was quite taken with Barbara. She visited the shop where he produced custom upholstered furniture and he once drove her to JFK airport at the end of her visit. When Barbara sewed a dress for Carmen’s favourite doll, it was not what you’d expect: a punky animal print sheath.

Eventually, Barbara opened a gallery that was hers alone. Although it started modestly, just in the front rooms of her Potsdamerstrasse apartment, Barbara handled her enterprise with great style and insight. One of the benefits of working with Barbara was getting to know so many important artists: Maria, Erik Steinbrecher, Laura Horelli, Monika Baer, Thomas Bayrle, Janet Cardiff and George Miller, Harun Farocki, Suse Weber and others. I always believed that Barbara engaged my own work first and foremost in terms of its poetics. That’s the best any artist can hope for.

Carmen interned for Barbara shortly after she moved her gallery to Zimmerstrasse. Barbara had a ream of old stationery she did not want to waste and asked Carmen to cut off the old address, handing her a pair of scissors. Carmen disappeared for about 30 minutes, then returned with perfectly cut paper; she had taken it all to a copy shop and had it cut with a laser. Barbara momentarily was at a loss for other tasks, but ultimately Carmen helped translate Maria’s interviews with artists who use Seth Siegelaub’s sales contract.

When Barbara had her first bout with cancer, she decided to treat it aggressively at the Charité clinic. However, she hated the hospital food and asked her friends to bring her meals. She set up a schedule as to who would come when and, no doubt in flagrant violation of hospital protocols, took over a section of the refrigerator on her floor. That kind of spirit played a big part in her recovery.

Last summer Aura and I had a big Fourth of July barbecue and invited our Berlin friends. Barbara called and said she didn’t have the strength for a big social event. Her cancer had come back a year ago. Then, shortly before the party, we heard a knock on our door. Barbara had enjoyed our conversation so much she decided to stop by after all. We packed some food for her, but she lingered on, about an hour into the party. It was good to see her having fun and mingling the others. Little did we know it would be one of the last times we’d see her.

For me, Barbara’s passing marks the end of an era and I will always remember the times we spent together fondly. 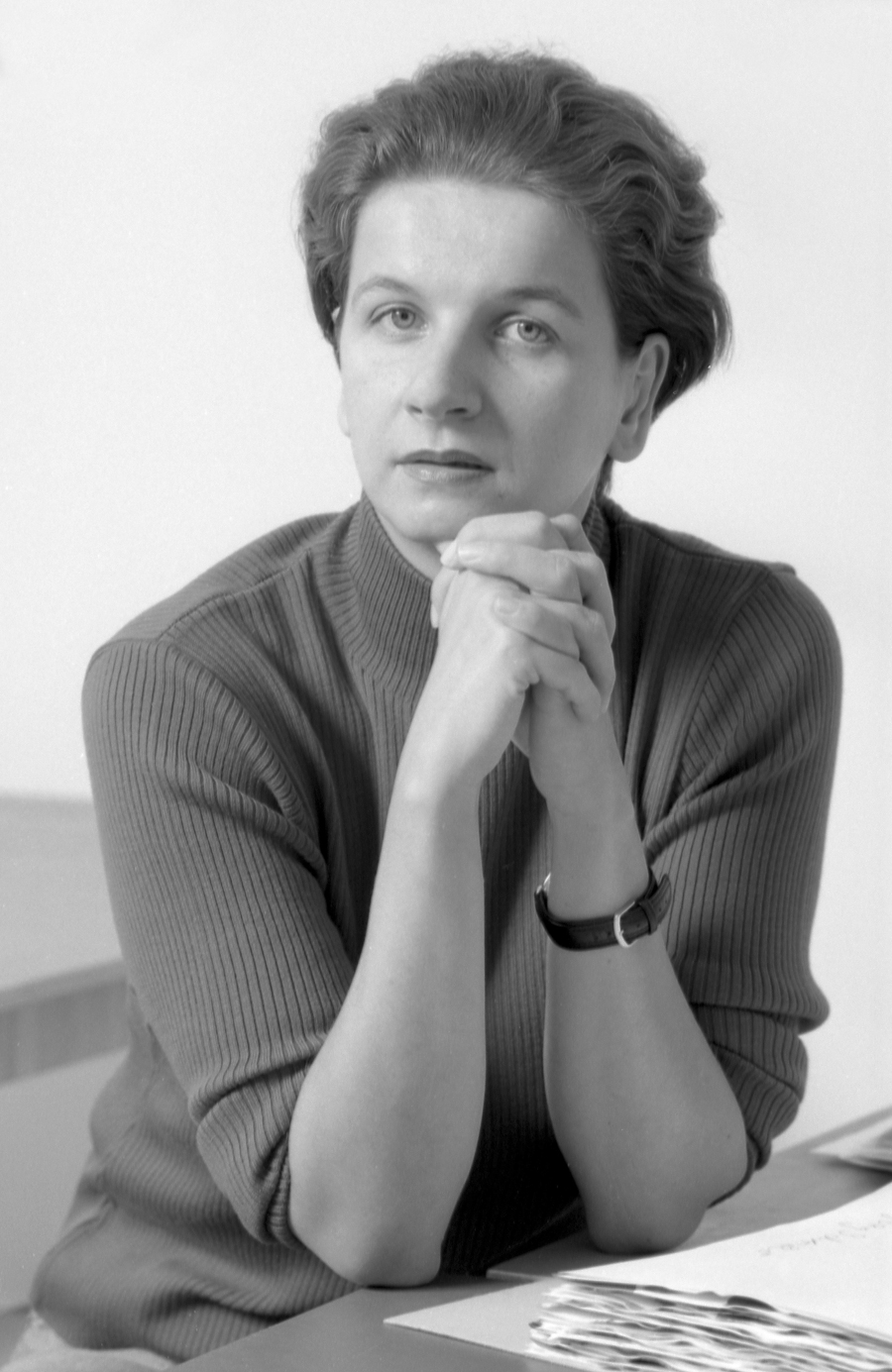 Barbara was sharp and loving and profoundly ethical in everything she did, from her fierce loyalty to her artists and the care she took in her friendships to the way she handled the everyday business of the gallery. Her program was truly political and completely personal, and watching her choices over the years was always an inspiration. In a male dominated field she always supported other women, from the artists she represented to younger colleagues. Working with her as young woman artist taught me so much, about community and generosity but also about how to say no and take your own time. I am so grateful to have had Barbara as a friend and a gallerist in my life.