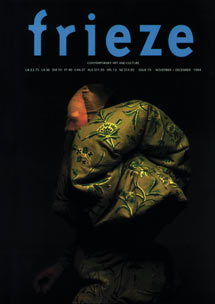 At first, I thought I'd write a short but penetrating treatise on painting, incorporating a couple of ideas about Americans and their fear of the medium. It would inevitably include the observation that Americans are impatient with history, and how painting is identified, generally, as a European practise, a European tradition. So Americans, in their xenophobia and restlessness, do not, as a rule, look at painting - unless, of course, it is in vogue, and only then in a limited, value-based way.

Betsy Berne's recent works at the Curt Marcus Gallery are not part of the current epoch of fashion. Nor are they especially decorative; the paintings live within their own context, bound up in the trust that the work will eventually have 'meaning' for someone other than herself.

The seven paintings on show are artefacts of the artist's temporality, excavated from her sensibility. The work incorporates some of the Surrealist principal of 'automatic writing' but without the representational side of that movement; the My-Mother's-Breasts-As-Viewed-Through-The-Sieve-of-My-Intentionally-Out-Of-It-Consciousness, sort of thing. This type of representation can veer towards caricaturing what it is trying to do. In this context, that is to say something about the way the internal world looks as opposed to what one sees in the external world.

In Painting for O.M. (1993), light is emitted from the centre of the canvas, a light reminiscent, at first, of the great, giant sunbursts of early Turner. But unlike Turner, whose work is too often relegated to 'niceness', Berne's centre, with its richness of texture and mysterious shading, produces an eerie, antithetical inside. The eye follows the line to its logical conclusion, which is to say, all over the canvas. Berne forces the paint to progress, from its thick, glob-like beginnings in one or two parts of the canvas to these centres. In works such as Bad Timing (1994) Berne's aims are not geared towards 'niceness' at all. This painting, like many in the show, describes, in a fine and subtle hand, the body as an element of confused, unruly, undisciplined, icky nature. To Berne's eye, I think, the body implodes, feeds off itself in a not nice way. Berne's work recalls the not nice quality of what Surrealists such as Hans Bellmer were trying to explore in a subtextual way: how the body - our own and those of 'others' - is a machine that freaks out the mind and eye.

Hilton Als is a staff writer for The New Yorker and has curated shows about Alice Neel at David Zwirner, New York, USA, and James Baldwin at Victoria Miro, London, UK. He is the curator of ‘From Black and White to Living Color: The Collected Motion Pictures and Accompanying Documents of Kara E. Walker, Artist’, Sprüth Magers, London, which runs from 4 October until 21 December.