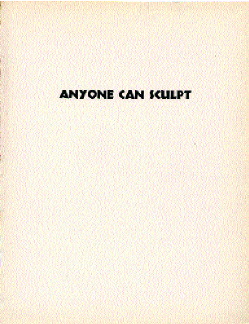 The first Penguin books appeared on 30 July 1935, their advent apparently inspired a few years earlier on a platform at Exeter railway station, where Allen Lane, then a director of publishers The Bodley Head, was returning from a weekend spent in Devon with Agatha Christie. Finding nothing worth reading on sale at the station, Lane resolved to produce a series of paperbacks aimed at the general reading public: the sort of book, he said, that could be bought at Woolworth's for the price of ten cigarettes. From the start, the populist impulse behind Penguin was attended by a certain level of eccentricity: the title was chosen, claimed Lane, because it denoted 'a sort of dignified flippancy', and the series' designer, Edward Young, was despatched to the penguin pool at London Zoo to find just the right image of genial authority with which to adorn the first covers.

If Young's initial designs, with their distinctive genre-specific colours, quickly became iconic, it is one of the odd effects of the books' periodic reinventions that previous generations of tattered orange, blue and green volumes (and later the austere greys of the Penguin Modern Classics) start to look not venerable but oddly avant-garde with age. Mid-century Penguins now conjure up a lost world of autodidactic radicalism, of earnest engagement with the classics as much as with social ills and postwar nuclear paranoia. It is easy to forget that classic Penguins - from the collected works of Sigmund Freud, to D.H. Lawrence - were so mainstream that at one point they were sold from a vending machine: the marvellously named Penguincubator.

Penguins were everywhere at 'The Book Show': variously venerated and ravaged, teased and tortured into giving up their historical secrets. Tom Phillips corralled a dozen copies of D.S. MacColl's What is Art? and other Papers (1940) for his piece If I've Told You Once ... (2003), their fading blue spines and drooping colophonic pelicans condemned to repeat a question as nagging as 'are we there yet?'. Ron Kitaj had already, in his Modern Painters (1972), reproduced the torn back cover of a large-format paperback that advertises two of the publisher's key series: 'Modern Painters' and 'King Penguins'. All these had in common was that they were illustrated (and priced accordingly at two shillings and upwards), resulting in Graham Sutherland and Henry Moore uneasily exhibiting alongside spotters' guides to shells and lilies. Elsewhere, Penguins were subject to monstrous puns: in Jonathan Callan's Mass (2003), a copy of the classic 1939 sociological study Britain by Mass Observation, a black rubbery mass oozed, as if the chaos of the study's raw material were too much for its frail orange container.

'The Book Show' was a reminder, as it were, of the volume of a volume: the depths, holes and empty spaces we easily pass over when facing a book's diptychous flatness. Kate Scrivener's If Tomorrow Were Not an Endless Journey (2002) took one of these spaces - the central 'gutter' of an open book - as a place from which numerous multi-coloured stories emerge: odd tales of moonwalking, meteorology and a girl made to marry a dog. Books collided like adjacent sci-fi universes: Jenny Farmer's heavyweight classical pile-up Brave New Ulysses: A Portrait of the Great Lolita as a Young Man (2002); or Sam Winston's A Dictionary Story (2001), where the simplest of narrative lines goes careering off at right angles of disabling dictionary definition. As Michel Butor pointed out in his essay 'The Book as Object' (1964), books can expand or contract in several dimensions. We can read a book 'vertically' - as Emma Kay has read the Bible for her The Bible - 2717 Objects in Order of Appearance (2000), a long list of 'mere' things - like the mythically fascinated penguin following a plane's flight, until we fall over backwards, astonished.