In his great topographic work Brittania (1586), William Camden proposed to ‘restore antiquity to Britain and Britain to its antiquity’. A similar premise lies behind Firstsite’s inaugural exhibition ‘Camulodunum’, curated by Michelle Cotton, which seeks to unravel Colchester’s long and layered history. Its title, which was the Roman name for Colchester, is suggestive of both history and myth, in that it derives from the Celtic Camulodunon or ‘fortress of Camulos’, the home of King Cunobelin who was the basis for Shakespeare’s Cymbeline. This eclectic exhibition forges a similarly shifting narrative in which historical artefacts are juxtaposed with works by 19 artists, from J.M.W. Turner to Ai Weiwei.

Beneath the swerving hallway of Firstsite’s gold-carapaced building (designed by Rafael Viñoly), a local treasure – the Berryfield Mosaic (c.200) – has been restored to its original site. It’s an apt prologue: within the more modest gallery spaces are various metaphors for archaeological excavation. Subodh Gupta’s Two Cows (2003–08), a pair of cast-bronze bicycles with chrome milk flasks, is a treasure-like assemblage whose title speaks of ancient spectres (such as beasts of burden) lurking within everyday objects and scenes. A display of miniature flints by Henry Moore calls to mind ancient talismans, and there’s a similar confluence of prehistory and sleek Modernism in Robert Smithson’s Chalk Mirror Displacement (1969), with its lumps of chalk segmented by oblong mirrors.

In her catalogue essay, ‘Monuments and Amulets’, Cotton illuminatingly cites Herbert Read’s idea of underlying affinities between ancient sculptural forms (whether amulets or monuments) and modern ones. In contrast with the strict periodization of so many group exhibitions, Firstsite’s curators have attempted a boldly diachronic approach. This is dramatized by Aleksandra Mir’s specially commissioned series ‘HELLO Colchester’ (2011), in which a chain of reproduced cartoons, paintings and photographs forms a gallery of historical ‘handshakes’. In one image, Oliver Cromwell mounted on horseback is subjugating Charles II; in the next we see a painting of Charles as a boy. Echoing the associative structure of the exhibition itself, the series progresses in chronological leaps and loops, alternating between real and imaginary meetings.

Throughout, there is a strong vein of camp humour whereby antiquity is mimicked or self-consciously ‘performed’. The local artefacts on display include photographs and posters from the 1909 ‘Colchester Pageant’ in which 3,000 locals re-enacted the town’s history, from the Roman conquest to Thomas Fairfax’s siege of 1648. The performances suggest Edwardian precursors to Up Pompeii! (1969–70), with Emperor Claudius riding in his triumphal car and Boudica mounting her siege. In another image charting the antics of the Neo-Naturists in the early 1980s, glittery Roman outfits again attest to the undying appeal of classical camp. In Richard Hawkins’s collages, photos of ancient marbles have been interspersed with mock-academic commentaries written in spidery capitals which imitate Roman inscriptions. Exhorting us to view sculptures in the round, one passage asserts that the callipygian (or ‘beautiful bottomed’) Aphrodite in Nero’s Domus Aurea is ‘verifiably the only sculpture in Rome whose front is negligible’. Even as he parodies art-historical dialogues, Hawkins points to their inescapability.

In some ways, ‘Camulodunum’ takes a similar approach to the displays of 19th-century museums such as the Pitt Rivers in Oxford or the Horniman in London, collapsing geographical and temporal distinctions so as to suggest unlikely parallels, a strategy later found in Aby Warburg’s sprawling pictorial constellation Mnemosyne Atlas (1923). This approach is itself played out at several points, whether in Mir’s photographs or a display case of phoney curios by Rebecca Warren. But, at points, the distinction between art and artefact is at risk of dissolving: archaeological relics lose their specificity, assuming the status of general symbols of Romanitas; a collection of unearthed pottery encased nearby even begins to take on the quality of a Giorgio Morandi still life. ‘Camulodunum’ looks not only to the history of Colchester but surveys an international range of artists: ten of the artists originate from outside the UK. At first glance, their inclusion seems jarring in a show whose title, typeface and ancient artefacts centralize the subject of Roman Colchester, since it risks diluting (and dilating on) an inevitably fragmented display.

But somehow the approach succeeds: the sculptures of Smithson, Gupta et al function as expressive tangents rather than meandering digressions. It is perhaps in the style of William Camden’s early map of Britain, interweaving real and symbolic pointers, that ‘Camulodunum’ reaches beyond its local focus to sketch out a global context. And a precedent for the exhibition’s geographical reach may be discovered in the folklore of the city. As journalist Charlotte Higgins relates in her catalogue essay about the town, Geoffrey of Monmouth, in his 12th-century History of the Kings of Britain, avers that Saint Helena, mother of Constantine the Great, hailed from Colchester. In the same way, ‘Camulodunum’ presents Colchester as a nexus of local and global histories – a promising manifesto for the international scope of Firstsite.

James Chaill was runner-up in the Frieze Writer’s Prize 2011. 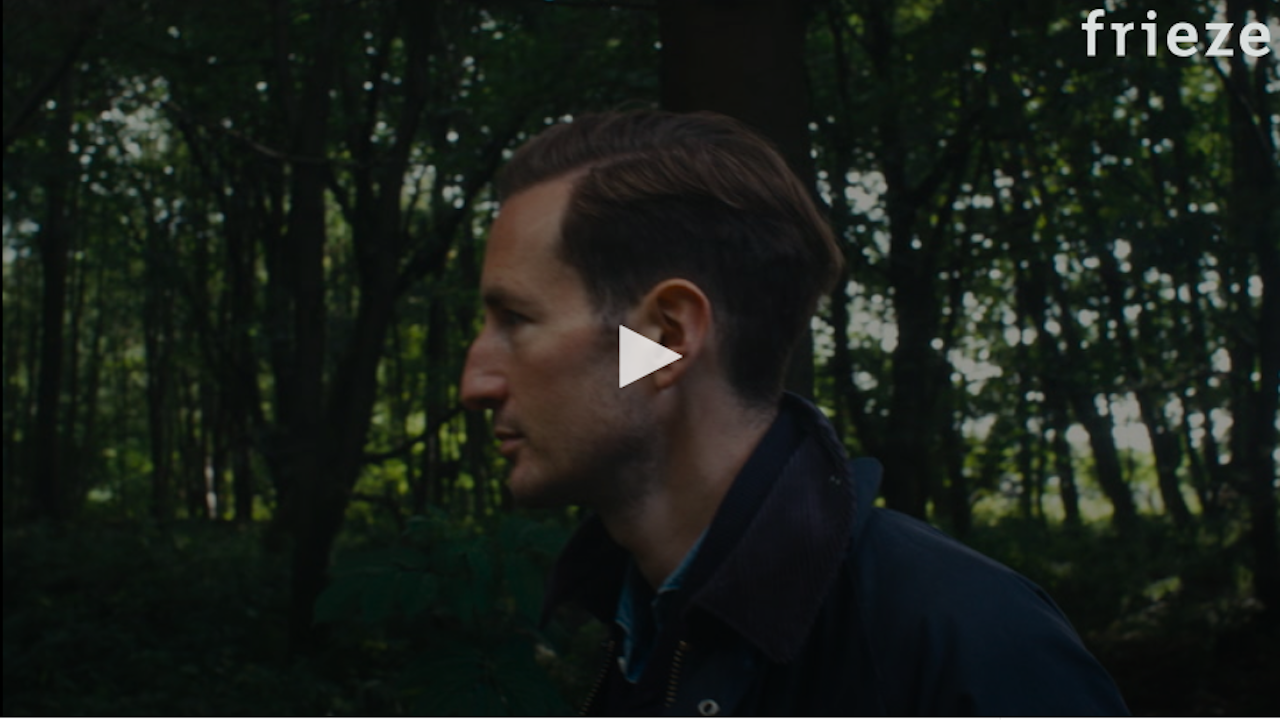