An appreciation of the life of the inspirational teacher, artist and member of Art & Language 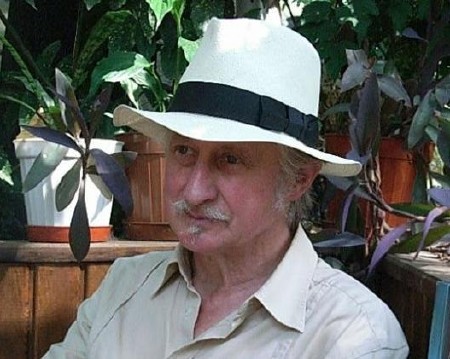 Charles Harrison, who died in August after a long illness, aged 67, was best known in his later years as an art historian, a prolific writer and a brilliant teacher. But in a career that spanned five decades he was also an incisive critic and editor, an occasional exhibition organizer and a long-standing contributor to the work of the Art & Language group.

It was my good fortune to encounter Charles when I began art school and he was employed as a part-time art historian at Watford College of Art, in 1973. He was, without doubt, the most influential, inspiring and demanding teacher I have ever met; a number of students quickly gravitated towards him. At about the same time (and just as quickly), the management of the college became alarmed by many of the ideas, the art and the artists that Charles had begun to introduce us to. They came to regret his appointment at least as much as we benefited from it – but then that was often the way with Charles. His commitment to the ethical value of art was hard-fought and hard-won; he was prepared to spend his time with anyone who was serious about the subject, in whatever capacity, from whatever background, of whatever age or experience. But he was scathing in his contempt for those who would bureaucratize and instrumentalize that relationship.

Charles was born in 1942 and studied at King’s College, Cambridge, and the Courtauld Institute of Art, London. By the early 1960s, his academic training had intersected with a growing interest in Modernism and in the seismic shifts that were beginning to take place in contemporary art and culture, and this led him away from anything resembling an orthodox academic career. In 1966 he became assistant editor of Studio International and by 1969 had organized a number of exhibitions of emerging art, including Harald Szeemann’s seminal ‘When Attitudes Became Form: Live in Your Head’, when it toured to the ICA in London in 1969. During this time he also met and befriended artists such as Barry Flanagan and Keith Arnatt, as well as several of the founder members of the Art & Language group. In 1971 became editor of Art-Language. This became a close and intense working relationship that would be sustained for the rest of his life and shape a great deal of his work.

After his brief stay at Watford, Charles moved in 1977 to the Open University where he remained the rest of his working life, becoming Emeritus Professor in 2008. It was with a group of highly committed colleagues at the OU that he helped produce the hugely influential course ‘Modern Art and Modernism’, which appeared in 1983. Charles’ relationship with Modernism was complex, subtle, and often misunderstood. His commitment to the centrality of the aesthetic and the autonomy of art meant he remained sceptical of its easy dismissal, whether in the name of Postmodernism or the social history of art or whatever. But he was never, as some have assumed, an unreconstructed Greenbergian formalist. Rather much of his work can be seen as a process of testing and probing what was left of Modernist culture against that which would displace it.

Above all Charles’ writing and teaching was marked by a commitment to close observation, and his constant questioning of what could and could not be said about works of art. This is evident in his many books, from English Art and Modernism 1900-1939 (1981) to Painting the Difference: Sex and Spectator in Modern Art (2005); in his course material for the OU; as well as in his lectures there or at the University of Chicago, or the University of Texas at Austin (where he was a Visiting Professor). Such close observation was, for Charles, never a mere formality. As he put it in 2005: ‘It is through the difficult enterprise of description that the limitations on theoretical frameworks are most tellingly exposed’.

Perhaps the most widely read work of Charles’ prolific output is the three-volume study Art in Theory, which eventually spanned the period from the mid-17th to the end of the 20th century. An immense anthology of critical writing on art that took nearly a decade to complete, he co-edited the work with Paul Wood and, in its later stages, Jason Gaiger. At the time of his death he was putting the finishing touches to two further books, including an ambitious Introduction to Art, which will be published by Yale later this year. Charles was absolutely tireless in his passion for art and the demands it made on those would look at it. It was in everything he did and everything he had around him, it was inseparable from his conversations and his friendships. I regard myself as immensely lucky to have been able to participate in some of those conversations, and to be able to call myself a friend.