BY Christopher Darling in Profiles | 12 JUN 13 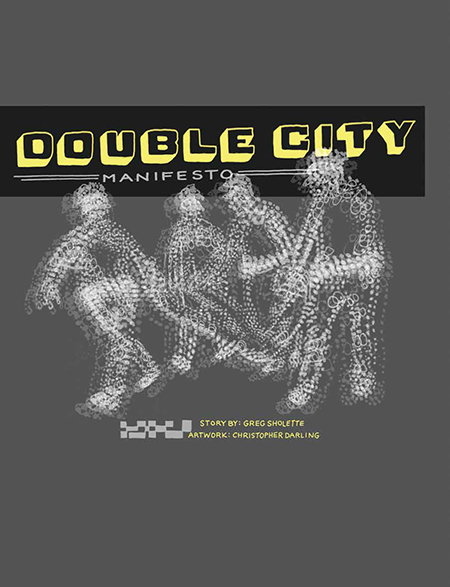 Sholette describes the project, which is set in a near-future version of New York, as a parable about the precarious working conditions of artists today. It tells the story of a young artist who is caught in a double-bind: trapped within an alienating yet ever-expanding affective economy, he rebels by making ‘political’ art that becomes accidentally popular with collectors. Life is bleak, until he stumbles across a coded pamphlet on the subway, a call to arms written by ‘an undistinguished legion’ of interns, art handlers, assistants and students.

Double City Manifesto relates to Sholette’s focus on fiction in his recent art work and essays, as well as to the hidden potential of what he has called ‘creative dark matter’ — the apparently invisible mass of self-organized, amateur and activist practices. It is the first part in a new project Sholette is developing in collaboration with other artists. 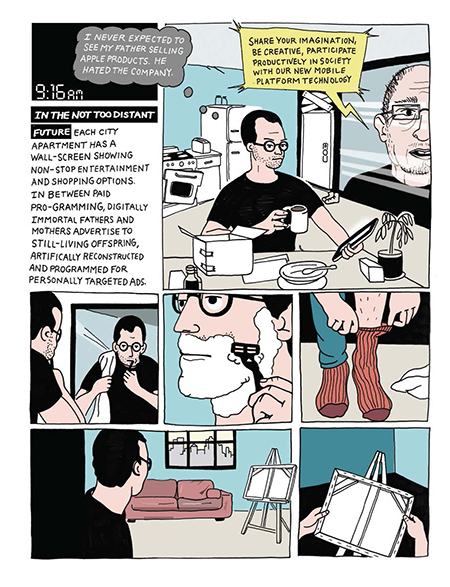 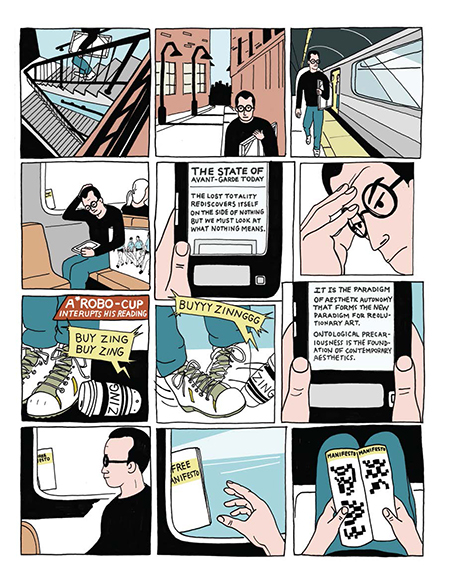 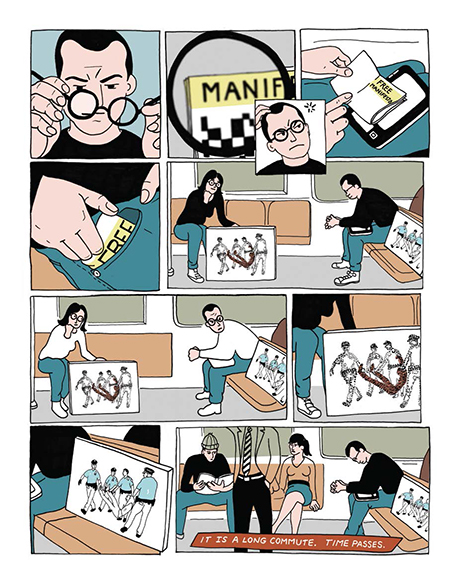 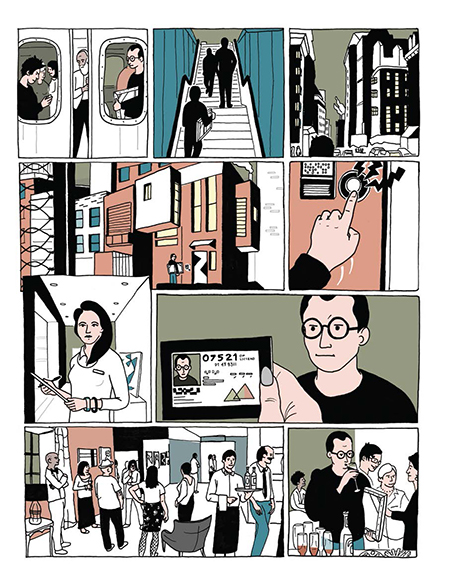 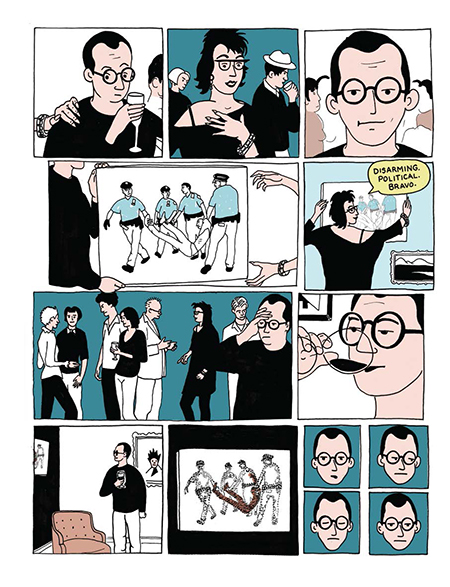 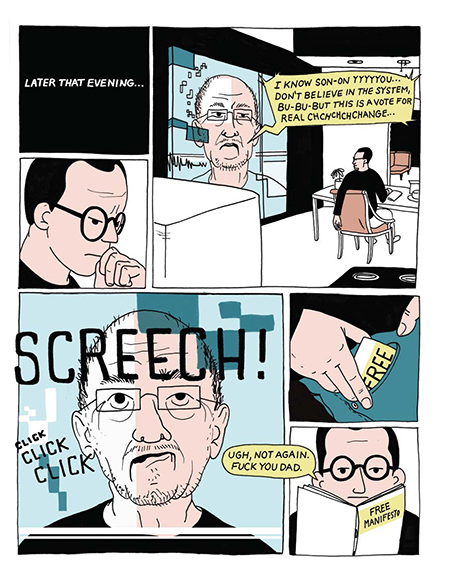 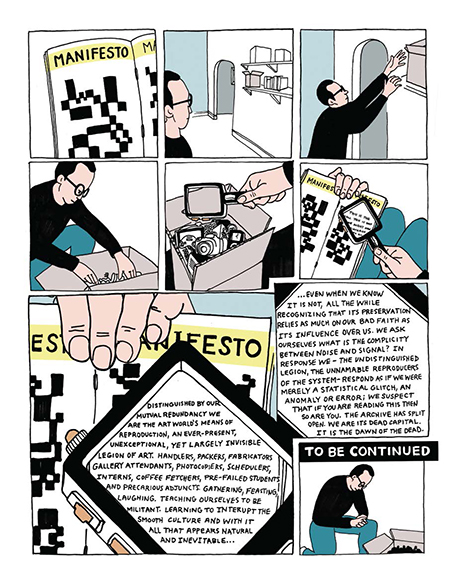 Christopher Darling is a graphic artist and a regular contributor to Visual Arts Journal in New York, USA. He is the co-founder of Carrier Pigeon Magazine and teaches illustration and design at Queens College, New York. His newest graphic story, Memories of My Father, will appear in Dadsville, a graphic anthology, this summer.

Gregory Sholette is a New York-based artist and writer, and a founding member of Political Art Documentation/Distribution (1980–88) and REPOhistory (1989–2000). His recent publications include It’s The Political Economy, Stupid (Pluto Press, 2013, co-edited with Oliver Ressler) and Dark Matter: Art and Politics in the Age of Enterprise Culture (Pluto Press, 2011). His recent installations include Fifteen Islands for Robert Moses, Queens Museum, New York (2012); Exposed Pipe/ ماسورة موسيقية at the American University of Beirut, Lebanon; Torrent, Printed Matter Books, New York; and iDrone for cyberartspace.net (all 2013).