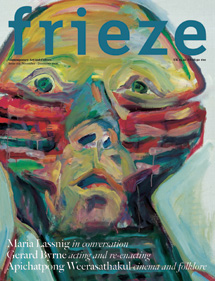 Down in the Dump 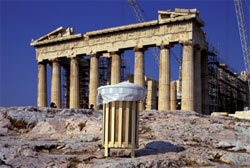 ‘Between sublimity and the dissolute, we discover the aesthetics of revulsion’, writes the philosopher Dylan Trigg in his recent book The Aesthetics of Decay (2006). Trigg is the latest in a venerable line of thinkers to turn his attention to decay in general and garbage in particular. His book’s contention – that the ruin or remnant embodies a mode of ‘critical memory’ at odds with the sanctification of official monuments and sites of collective recall – may be argued at the level of contemporary cultural theory, but its terms and tone are actually ancient. There seems to be something in the study of ruins, rubbish, junk and trash that means its enthusiasts can’t help reverting to awed lists of defunct artefacts. They may begin with more rigorous and abstract ambitions, but time and again it is the details of decay that fascinate its theorists.

A case in point is the Italian scholar Francesco Orlando’s vastly ambitious new volume Obsolete Objects in the Literary Imagination: Ruins, Relics, Rarities, Rubbish, Uninhabited Places, and Hidden Treasures (2006), a book whose subtitle alone already reveals a tendency to wide-eyed enumeration of its varied subjects. Orlando, who has been gathering literary fragments for this study since the mid-1970s, notes at the outset that most writers, faced with describing decay, tend toward the form of the list. His own sedulous trawl through literary history reveals a remarkable litany of writers who have been seduced or appalled by desuetude. Orlando corrals an unruly abundance of useless or superseded things that, once one starts looking for them, seem to have been an obsession of Western literature for at least two centuries.

There are, for example, the obvious and canonical middens of rubbish that symbolize the psyche in the 19th century. ‘I am an old boudoir full of wilted roses’, writes Charles Baudelaire in his poem ‘Spleen II’ (1857), ‘where antiquated fashions lie in a mess’. In Edgar Allan Poe’s story ‘MS. Found in a Bottle’ (1831) the ghostly ship on which the narrator is adrift is packed with grubby antiquities: mouldering charts and quaint navigational instruments. Robert Louis Stevenson’s The Strange Case of Dr Jekyll and Mr Hyde (1886) begins with a description of an impossibly derelict and sinister building: the windowless old dissecting theatre that is home to the good doctor’s malign double. And later, in Virginia Woolf’s To the Lighthouse (1927), the eerie central section describes an abandoned house, full of torn old letters, mildewed books and flowers, doomed insects flinging themselves against the window panes.

Such is the apparent prevalence of rubbish in literary history that Orlando struggles to keep his subject under control. Like a badly managed stretch of landfill, it threatens neighbouring disciplines and overruns distinctions, eliding the border between culture and nature, so that the critic has to tie it down with an increasingly intricate net of terminology. The decrepit objects in question, says Orlando, can be conceived according to no fewer than 12 categories: the solemn-admonitory, the threadbare-grotesque, the venerable-regressive, the worn-realistic, the reminiscent-affective, the desolate-disconnected, the magic-superstitious, the sinister-terrifying, the precious-potential, the sterile-noxious, the prestigious-ornamental and the pretentious-fictitious. Which slightly desperate and abstract nomenclature starts itself to read like a rather useless collection of old labels that have come away from the dizzying array of dilapidated items that is the real impetus for Orlando’s book.

Contemporary rubbish, as explored by the essays and art works in Trash (2006) – the latest issue of Alphabet City magazine, edited by John Knechtel – is equally subject to thwarted efforts at naming its rank profusion. Attempts to delineate the different types of waste ground, for instance, have yielded only such awkward terms as ‘junkscape’, ‘crudscape’ and ‘TOAD’ (temporary, obsolete, abandoned, derelict). ‘Trash’ seems a more useful word for what is described here: the inorganic (thus distinct from ‘garbage’), useless (therefore different from ‘junk’) residue of global capitalism, and its potential for constructive reuse. Odd, somewhat stupefying facts emerge. Jennifer Gabrys, in her excellent essay on digital detritus ‘Media in the Dump’, notes that 75 percent of dead computers in the US are still in the hands of their owners, as if users can’t let go of the ghosts in their machines. Barry Allen, in ‘The Ethical Artifact’, points out that the largest man-made structure on earth is the Fresh Kills landfill, on Staten Island.

In fact, a good deal of the work in Trash, much like Orlando facing the mountain of literary references to refuse, is simply too dazed by the aesthetics of decay to do much but record it. Susan Coolen collects and photographs paper aeroplanes that she finds on the streets of Montreal and other cities. Edward Burtynsky photographs recycling facilities in Ontario and China (the latter is the destination for much of the West’s toxic trash), Bill Keaggy a succession of ‘sad chairs’ found empty and out of place. But it’s Karilee Fuglem’s photographs of clumps of fluff that recall the literary obsession with debris: the asthmatic Marcel Proust, apparently, even had names for the dust bunnies at large about his room.

Brian Dillon’s memoir, In the Dark Room, is out in paperback. He is currently working on his next book Tormented Hope: Nine Hypochondriac Lives.