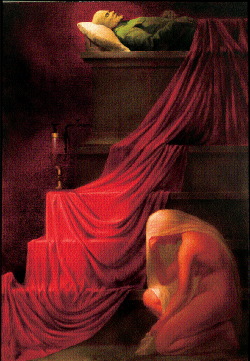 'The art of the present, and painting in particular, has triumphed across the board.' In May 1924, four months after Lenin's death, these opening words from the Suprematist UNOVIS (Union of the New Art) manifesto, by Kasimir Malevich, sounded like a belated artistic endorsement of the October Revolution. But Malevich qualified his claim, proclaiming: 'The audience for this New Art does not yet exist. It must be created!' On both counts Malevich's self-fulfilling prophesies were wide of the mark: the triumph of 'New Art' experienced a devastating defeat at the hands of official Soviet doctrine during the Stalin era, and the task of creating the 'New Man' was entrusted to Socialist Realism, which remained a stylistic influence - both formative and normative - well into the 1950s, especially in painting.

Whether this transition from classical avant-garde to Socialist Realism involved a break not only in aesthetic terms but also at a moral level, is a subject of ongoing controversy. Beyond such distinctions, the extent to which both movements were interested in establishing a mass culture was the focus of the show at the Schirn Kunsthalle. Under the title 'Dream Factory Communism', it risked an unfamiliar take on the 'visual culture of the Stalin era'. Avoiding attempts at moral justification, the show's curator, Boris Groys, argues that the 'Dream Factory of Communism' believed both in the utopia of a communist society and in the promise of a capitalist success story. In Groys' view its goal was 'a culture of the masses that had yet to be created'.

This prospective mobilization of the masses was no less characteristic of the Russian avant-garde than it was of state-prescribed Socialist Realism. Instead of rejecting the formal achievements of the avant-garde per se, the official propaganda of the 1930s and '40s put it to its own ends, as revealed in the films and posters in the exhibition. Posters by Viktor Dolgorukov and Natalia Pinus employ montage techniques used by Alexander Rodchenko and Gustav Klutsis; Dziga Vertov, whose film The Man with The Movie Camera (1929) is a classic of experimental cinema, had his last major success in 1934 with the documentary Three Songs about Lenin, before retiring into internal exile as a producer of weekly newsreels. In these cases, one could say that the premises of Constructivism were put to excellent use in designing a 'new' reality for implementation via reprographic techniques.

Quite a different impression is made by Socialist Realist painting. Although Groys points out that this work was created primarily not for museums but for mass dissemination, it is nevertheless remarkable how reactionary the painting of this period appears, especially compared with cinema and poster art. In monumental formats loaded with pathos, Dimitrij Nalbandian and Pavel Malkov celebrate Stalin's heroic appearances at the Kremlin. Jakovlev's equestrian statue, Marshal Georgy Shukov (1947) rears up against a fiery sky over the remains of the conquered Nazi empire, while Vassily Jefanov depicts an Unforgettable Encounter (1936-7) between the mighty dictator and a simple Kolkhoz woman. This vintage propaganda formula of glorifying the rulers and the rural reached its peak in paintings such as Yekaterina Sernova's Kolkhoz Farmers Greet a Tank (1937) or Alexander Laktionov's Letter from the Front (1947). In the words of Aleksander Morozov's catalogue essay, this process culminated in a 'totalitarian idyll' that had long since betrayed both itself and those at whom it was directed: it lost sight both of people's individual realities and of their level of personal identification with the particular brand of utopia that the mass culture of Socialist Realism wished to deliver at all costs.

Only at isolated points did the show document the extent to which oppositional 'Soz Art' (a pun on Socialist art and Pop art) from the 1960s and '70s onwards utilized the patterns of conditioning established by this mass culture as a way of exposing the system by its own means. Erik Bulatov's Red Horizon (1971-2) gazes boldly into an uncertain future, while Komar and Melamid's series 'Nostalgic Socialist Realism' (1981-2) gives an ironic rendering of the political iconography of the system. The exhibition finishes at a dead end, with Ilya and Emilia Kabakov's propaganda wagon Let's Go, Girls! (2003) hauntingly exposing the 'totalitarian idyll' that was meant to show the masses the path to a 'bright, radiant future'.