1 We met in high school. He was the popular boy, but he was odd.

2 One clear white day, many years later, I ran into Bodys Isek Kingelez while I was walking through a city he'd created. I didn't at first realize it was a city he had created. It did seem a little overly bright for a town forged and developed by many people together, but then again, there was Vegas and Reno, so I did not question it. Bodys! I said. Do you remember me, from high school? We painted backdrops for the school play. I think it was Oklahoma! Bodys looked at me politely, having no idea who I was. Well, I understand, Bodys, I said. I'm sure your head has been filled, over the years, with much more important things than your old classmates. He smiled, feeling he was being let off the hook. Well, I like what you've done here, I said, surveying the city, which looked very much like a casino complex designed by children, rising from a very flat plot of land. Bodys then excused himself, mentioning that there was a stadium he needed to build.

3 I have a book of work by Bodys Isek Kingelez, but it's in French, so I can't understand what he's saying, or what others are saying about him. I look at the book often, at the pictures of his cities, always wishing the book were longer. It was published by the Fondation Cartier pour l'Art Contemporain, and they did a fine job - the monograph's large size is appreciated - but again, it's much too short. It should be six times as long. I often look through the book, wondering how Bodys is doing, what he's working on, if he's comfortable and happy. I was at the beach today and my feet feel very raw.
I would like to talk to him about this, for he always seemed like a man with his ears open to the pains of his neighbours - someone who would listen to you talk about your raw feet, perhaps while planning to build a tower from toothpaste boxes.

4 Just because I went to high school with Bodys doesn't mean I can't admire his work from afar, as you do.
Yes, I know some of the sources of his work, or what art writers claim as the provenance of his themes - that the Africa of his youth was growing and chaotic, that there seemed to be great possibilities for development but turmoil was all around.
I think there is some truth to this, but also important is the fact that Bodys perhaps never grew out of every boy's desire to plan his own world.

5 I wrote the thoughts which begin with No. 6 and end with No. 8 a few years ago, and give them to you now because they're relevant to Kingelez' work. Please note that I wrote these thoughts just before another would-be city-creator, Frank Gehry, was asked to design every major new building in the United States.

6 Many people wonder why there are not more red skyscrapers, and I'm among these people wondering. I know of one, in Chicago, on Michigan Avenue. It's a beautiful red, pregnant with blood, lust and wisdom, and I spent much of my formative years eating lunch along the lakefront, looking back over Grant Park and at this building, wondering why all other large buildings are grey, or grey-blue or black. I had no answer then, and now, 15 or so years later, I still have no answer. Why not more buildings in the red of blood and barns? Or in the deepest ochre, an ochre of wheat and corn and a setting sun, an ochre of force and quiet dignity? Or a tower in the green of pine? It would offend no one. People would dance.

7 I recently asked two architect friends why buildings are almost invariably black and grey, but their explanations, concerning custom and cost, were unconvincing. In all other areas of design, reflecting even the most minimal aesthetic, we look for and accept colour, even the most controlled bursts of colour. But in city architecture we retreat, we cling fearfully to banana republic basics, are unwilling to go any farther than that metallic blue popularized in the 1980s, in Chicago at least, by Helmut Jahn. It was timid, and it hasn't aged well.

8 I'm not advocating controlled bursts of colour. I'm advocating cities of symphonic colour, subtle but rich colour - mixing and complementing as colours do in nature, in our homes, in our minds. Velvet blues next to leather browns next to rusted oranges. I don't want to make any sweeping statements about cities and alienation, but I do think we could ease our sometime-sense of dissonance and disconnection by camouflaging our buildings in the colours of the world.

9 If I know Bodys Isek Kingelez - and remember, I do, in a way only a high-school friend could - I know that he would agree with my thoughts. He's surely a believer in the notion that cities can and should reflect the caprices of human consciousness, and also in our need for colour on a large scale. Whoever said buildings had to be humourless - and this has been said - should be clubbed.

10 I saw Bodys another time, in Kingelez Stadium. That's where Bodys was explaining to me his theories of his art, which he was calling 'Architectural Modelism'. He was in the middle of constructing 'Phantom City' and was planning 'The City of the Future'. I mentioned the similarity between his cities and those constructed for World's Fairs. He conceded that he had never seen a World's Fair. I liked him better for it. 'I want my art to serve the community that is being reborn to create a new world', he said, his voice booming across the stadium, constructed of cardboard, foamcore, paper and stickers.

'The pleasures of our earthly world', he continued, talking much too loudly, as I was sitting right next to him, 'depend on the people who live in it. I created these cities so there would be lasting peace, justice and universal freedom. They will function like small secular states with their own political structure, and will not need policemen or an army.'

11 In the future I will see Bodys again, and we will not be in one of his cities, but instead in a real city, and we will be walking between grey buildings and we will be sighing. I will tell him of a plan I've had for a while, a plan whereby a valley would be acquired somewhere, somewhere where valleys are relatively affordable.

(I assume there are valleys somewhere priced to move.) In this valley I would invite architects to build the boldest structures they could conceive. The valley would function as any normal town would - the buildings would be functional, would be residences and businesses and all that - but it would also be, in every particular, a working and breathing and very large art installation. I have read a lot about planned communities, and invariably the theorists denounce these projects, given their restrictiveness, their resistance to the organic development of a community, warts and all. But these same theorists, I wouldn't think, would object if Bodys Isek Kingelez was the creator. We see his cities and we wish they were real. We feel connected to them, in the same way we feel connected to improbable but beautiful landscapes. The rock formations of the Badlands, for example, don't make much sense, but we feel at home there, because the shape of humans doesn't make much sense, either. And the problem we often feel with architecture is that it rarely echoes any of the lines of the human shape, or of the natural world or of the meanderings of the human mind. In other words, too many buildings, I think, have been built to house robots, not people. (Is this too - excuse the word - pedestrian a conclusion?) We see the cathedral of Notre-Dame and we feel that humans have created it, and that inside, humans would feel at home. Why? Well, for instance, humans have curves, and humans are complex organisms, complicated from the skin on in, with parts - livers, intestines, brains - that never conform to geometry of any logic or order. So we see Notre-Dame, or the work of Gaudí or Gehry, and we feel a sense of relief, as if we're recognizing something in our genus, or at least phyla. The point is, that Bodys' work feels like home, and thus in the proposed valley he would be the overseeing architect and beacon of light. He both understands what we want from our physical world and has the patience and resourcefulness - given that he's risen his own cathedrals from cardboard and tin foil - to make this new and necessary world, born of the lines of our minds and flesh, real. 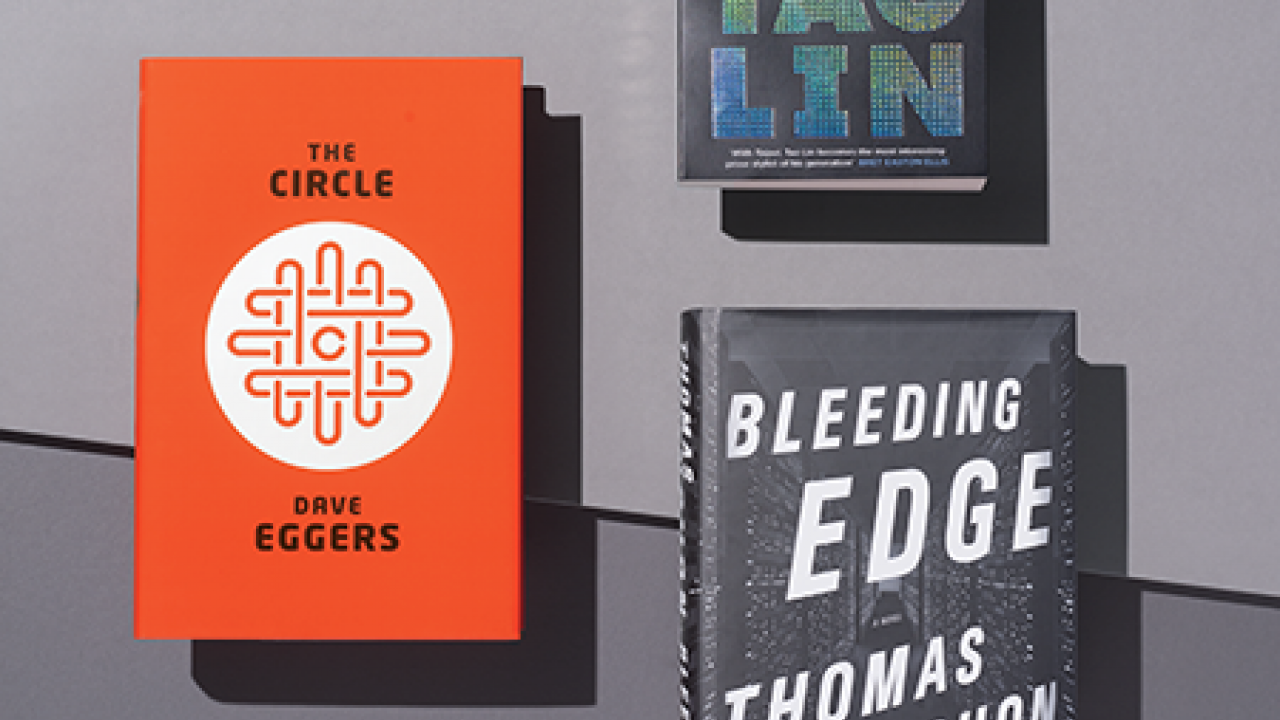 Critic's Guides
Dramatizing the Effects of the Virtual Life 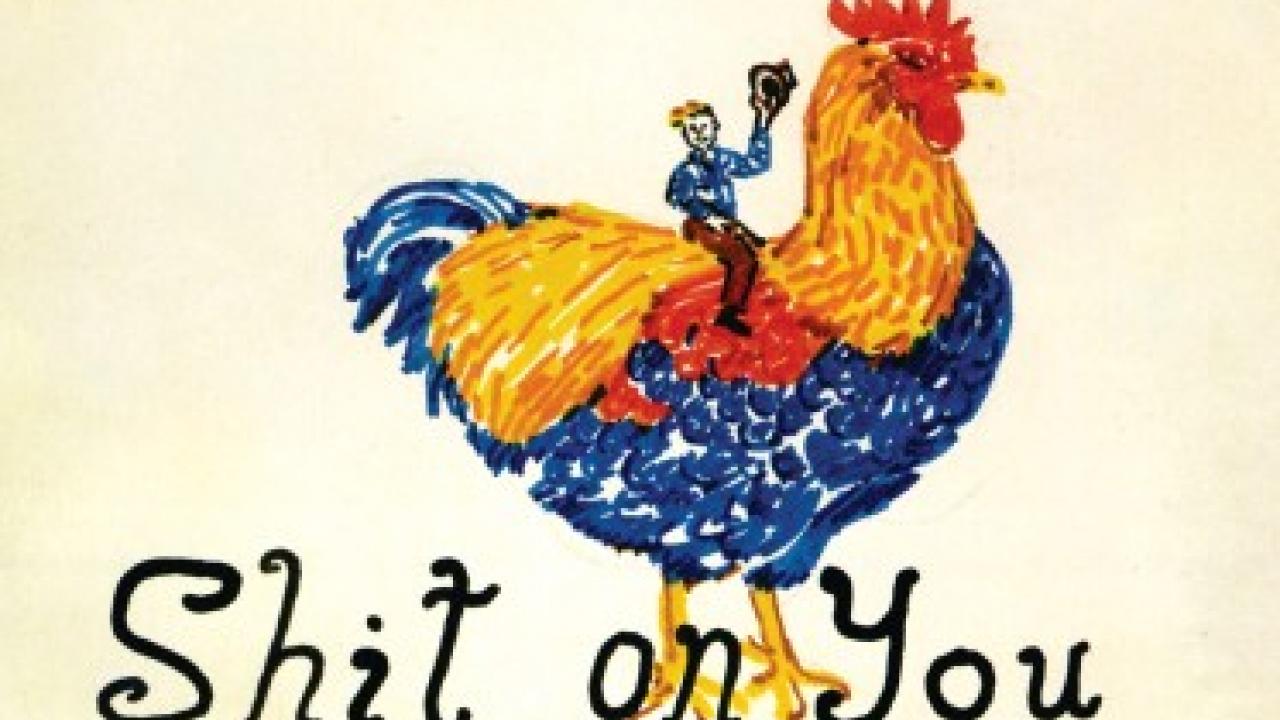