Cabaret and auctions made for a subversive coupling in Emily Sundblad’s exhibition at Algus Greenspon. Both share reciprocal relationships – players and spectators, or bidders and dealers – and Sundblad, who is known for fluidly moving between the roles of artist and gallerist (she co-founded Reena Spaulings Fine Art), takes an ambivalent stance towards them. Her positioning suggests that the role of art dealer is interchangeable with that of art maker; one can easily slip in and out of either character. Titled ‘Que Bárbera’ (which roughly translates as ‘how brutish’), and taking the already muddled delineation between entertainment, the show explored the characteristics of the art market, with an emphasis on the gallery as venue and art works as props.

Sundblad, a classically trained singer, inaugurated and closed the exhibition with a concert, performing an eclectic arrangement of songs. Culled from both esoteric sources and pop culture, the moody compositions – the lyrics to Syd Barrett’s 1969 song ‘If It’s In You’ set to J.S. Bach’s Goldberg Variations (1741), or Bernadette Corporation’s ‘Complete Poem’ (2009) paired with Nate Coleman instrumentals – evoked a melancholia that resonated with the exhibited art works.

The works on view (all 2011) included two large-scale abstract paintings, a series of small canvases that combine floral motifs and clocks, a painting-as-advertisement, and framed pages of an auction catalogue, painted and be-smudged by the artist. These acted like backdrops for the larger installation, which included a champagne-coloured rug extending through almost the entire space of the gallery, coloured spotlights and a rubber curtain. A bucket filled with wilted blue and pink flowers marked the stage where she had performed and a Proenza Schouler costume hung on the back gallery wall.

Four days after the opening, Sundblad realized a second performance, this time outside the gallery. The artist consigned her painting-as-exhibition-announcement to Phillips de Pury for auction. Much like a film poster, the work announces the relevant information, depicting the artist sitting in a straight-backed chair with exhibition title, venue, dates, as well as artists and designers whose work she has mined, scrawled over the image. The gallery is made to play the role of entertainment venue, regulated by the auction house which profits on the aura around the art object. Sundblad demonstrated the idea that advertisement, memorabilia, information or indeed anything touched by the artist has value, even the remnants of an installation – and, if you follow this logic, suggests that the artist is never not working, their involvement is paramount, and further assumes the artist has the power to extend the logic farther to the art works themselves, which are always ‘on’.

A painting titled Because he’s alone, a sailor is always telling himself who he is depicts a branchy floral arrangement in pink and blue, reminiscent of the wilting flowers in the exhibition. Ensnared in the stems is the detail of a watch-face, set at four o’clock. Clocked in, the painting-as-product contributes to the performance setting, but also to the ‘act’ of being an artist. Traditionally, artists are entitled a certain amount of transgression as part of their authorial power. For untitled, a nonchalant oil on canvas, Sundblad reproduces a screen-grab of the Christie’s website. The frame depicts Ed Ruscha’s Amphetamines; Marble (1969) and the price the lot achieved at auction. Quick brushstrokes emulate the classic stone and the small life-like pills of Ruscha’s original. In the right-hand margin, Sundblad coyly paints the words ‘Double Vision’ – the title of the sale and a wagging nod toward its appropriation. The power of this flippant depiction projects a commentary on value, the artist’s ability to turn an image of monetary transaction itself into both capital and material.

The art works on display here were at times slapdash; more like vehicles for discussion than objects in and of themselves. For Sundblad, the traditional divisions between fashion and art, gallery and auction house, or artist and gallerist, are enmeshed in a larger web of commerce. Emphasizing the slippage between roles, she seemed to imply that we are all players in a larger network; when divisions are collapsed, the exhibition can point to all the right questions, without providing any answers. But such is the creative license of the performer – there is no obligation to fully commit to the character they are inhabiting. 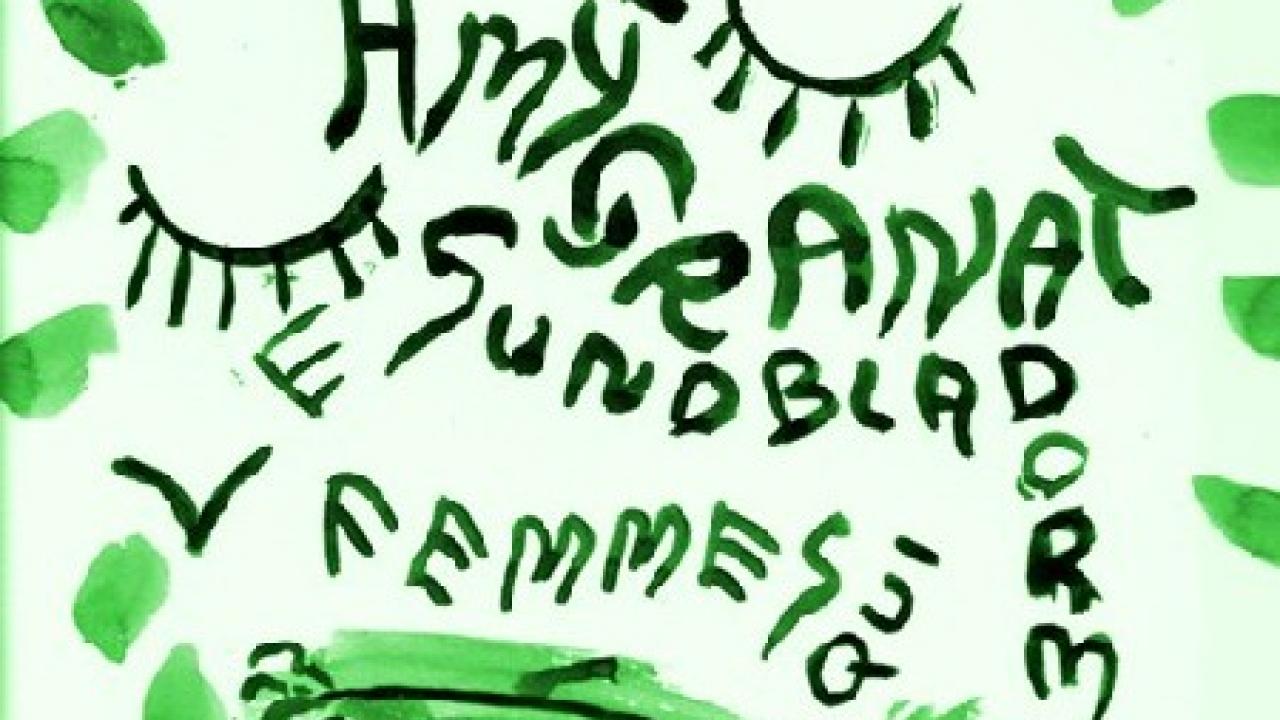