I was recently travelling in Iran and was thrilled to learn that students in Isfahan and Tehran had acquired several of my books through e-book file-sharing websites. ‘Acquired’ meaning found a pirated copy – which delighted rather than angered me because they had, after all, read my books. And they couldn’t have purchased a bound (German) book anyway. There are no bookstores in Iran where one can order Western books. Nor can one legally purchase e-books online because of the sanctions: no credit cards or other Western payment methods work in Iran.

Encountering pirated German e-books in Iran got me thinking about electronic books in general; how drastically they’ve changed the way I read. And how fantastic I find them and the devices that enable me to read them. They make literature accessible nearly everywhere. They make books lighter; they make reading easier. They make books inexpensive. I have many classics on my Kindle, most of them didn’t cost a cent. They probably weren’t entirely free, rather I paid with my Internet data.

My Kindle is home to all volumes of The Arabian Nights, Robinson Crusoe, Apuleius’ Metamorphoses, The Decameron. E-books have reminded me how wonderful it is to curl up with a good book. When I have my e-reader in hand, I feel like I’m locked in a library. The absolute best feature of it is, and always will be, that I only need to tap a word to see its meaning. I don’t have to get up and check in a dictionary (though I must admit the last time I did this was roughly ten years ago) or type the unknown word into my phone or computer. How fabulous.

E-books and e-readers make me euphoric. Nevertheless, I know that paper books are here to stay. Real books are here to stay. And no, none of this means The Decline of the West – at least not for now. Books will last because books are objects; because they are nice to touch; they have a weight to them; because paper is beautiful; because it’s much easier to show off with real books; because books are easier to gift than e-books; because books smell good; because some have ribbons for marking one’s spot and a classic cloth cover; because they have dust jackets that I can remove right away; because it’s much easier to flip through pages. The list goes on. 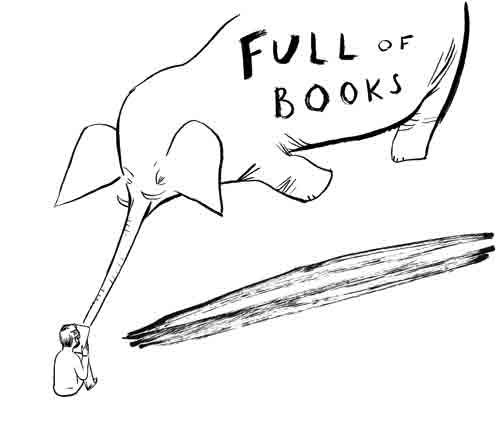 The closely-tailored and highly-structured book culture as we know it today, protected in Germany by the Fixed Book Price Agreement, that is going to change. It already has. You can see this played out daily on any city’s subway – depending on the time of day, eight to ten riders staring at their phones. They read on their phones. Or play. Or type. No wonder that writers and publishers are thinking we need to be there: on screens, in apps, on e-readers.

There are publishers that have caught on – new publishers. German publishers like Frohmann, Sukultur, Mikrotext and Fiktion. Publishers who offer short, digital reads. Publishers who can react quicker to the conversation than old school publishing houses who plan their schedules years in advance. At the end of June, the ‘scene’ gathered at the first, very well-attended, Electric Book Fair in Berlin where people mused on fundamental questions (how will we read in the rest of the 21st century?), gave practical advice (how do I make an e-book visible?) and assured themselves and all visitors: there is a future and it is going to be interesting. I liked that.

We don’t need to invent a new kind of literature straight away, texts are still texts, even on e-readers. But perhaps – who knows – it’ll be like with electric cars. Aren’t the best built by Tesla, a young company that never produced cars with traditional fuel engines?

Books, texts, stories and literature will stay, I’m not worried about them. An indicator: never has our culture been as text-heavy than at this present moment. The most successful branches of the Internet – pornography and cat videos excluded – rely on text and text production. Facebook and Twitter brim with writing. Even a video platform like YouTube is a great producer of text. Uploaded clips inspire commentary that reads like contemporary fiction. Internet users write and read like crazy. Artists from the group Traumawien demonstrated this quite nicely a few years back: they programmed a bot (Kindle’Voke Ghost Writers, 2011–12) that automated the direct publishing process for Amazon Kindle books and flooded the market with several thousand e-books – e-books consisting entirely of YouTube comments, formatted like classic dramas. Very entertaining.

If I weren’t an overly anxious writer in my early 40s, but rather an aspiring author in my early 20s, I’d probably want to write an e-book. Perhaps I’d find the thought of publishing something paper-bound a strange and outdated notion. In order to read something on paper I’d have to look up from my phone or set down my notebook. 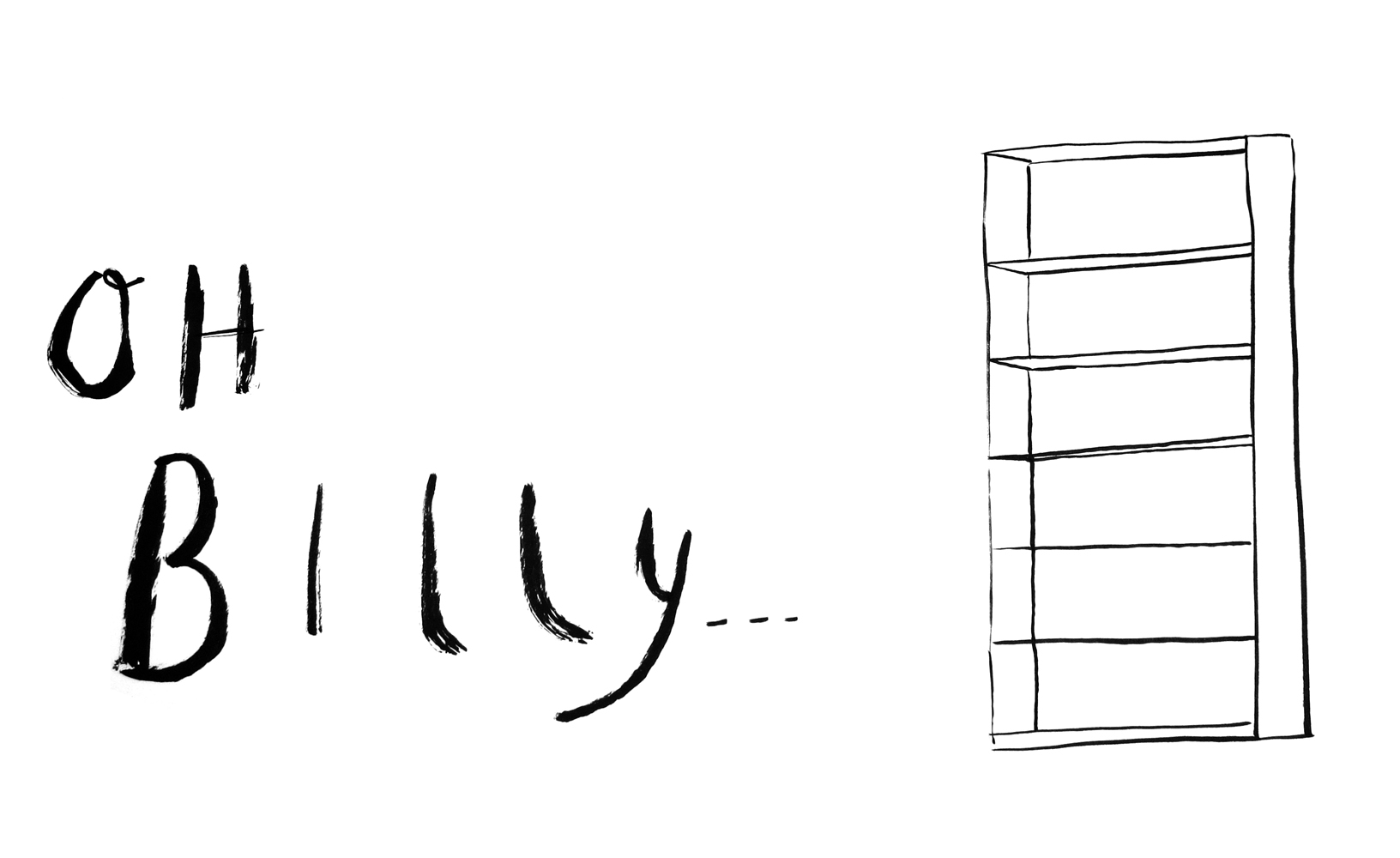 Girls, the HBO series about four young women in their early 20s living in New York, demonstrates how young writers fare today. Protagonist Hannah Horvath (Lena Dunham) aspires to become the voice of her generation as an essayist and finds her audience online. She drums up enough attention that she lands a book deal. She’s writing a book, she often tells people – followed by the qualifier that it’s an e-book. Aha, so there is a prestige problem. An e-book isn’t a real book. Horvath’s e-book nearly becomes a ‘real’ book in the course of the third season – but it’s not meant to be after all. Hannah is hired by a lifestyle magazine – a place where writing actually translates into money and where she meets other once-aspiring writers, ex-poets and former essayists, who rent out their minds to create dimly-veiled advertisements.

And yet it’s so simple: e-books are easy and quick to produce. These days anyone can create an electronic book at home and make it available on a diverse array of platforms. Everyone can be a writer. Yes, even you, dear reader, can upload your diary and offer it for a price. The only question is, would anyone be interested? The two main problems of publishing did not disappear with the advent of electronic publishing. They continue to be: how do I get attention? And, how do I earn money from what I write?

E-books, unfortunately, are not harbingers of a golden age for writers, nor do they signal eternal prosperity for all who write. I will wager a prediction: no one is going to get rich off electronic books – and should I be wrong, well: the exception proves the rule. I can’t help but remember the first accounting statement for my novel Vier Äpfel (Four Apples), which was published in autumn 2009. By the end of the year I’d sold – what a fluke – a low five digit number of bound copies and, believe it or not, four (4!) e-books. I had to laugh. This was, of course, nearly five years ago – for my later books that number managed to swell to at least double digits. E-books are and will be successful when they are given away for free or nearly free. But it’s always been like this for writers, only a handful can live off book sales alone.

E-book haters, those who don’t like them and never want to read them, will always have the option of printing their favorite books – on handmade paper, perhaps. And, just like the old days, they can take them to be bound, either in linen or in leather.
Translated by Yana Vierboom

Illustrations by Monika Aichele whose drawings appear regularly in the New York Times. She lives in Munich.

David Wagner is a novelist who lives in Berlin. His first novel, “Meine nachtblaue Hose” (My Midnight-Blue Trousers), was published in 2000. He received the Leipzig Book Fair Prize for Fiction for his novel “Leben” (Life, 2013). His new book “Drüben und Drüben: Zwei deutsche Kindheiten” (Over there and over there: Two German Childhoods, Rowohlt, 2014), written with Jochen Schmidt on the occasion of the 25th anniversary of the fall of the Berlin Wall, has recently been published.

In celebration of the late conceptual artist, frieze revisits a conversation with Matthew Higgs in which Weiner answers 20 questions about his work and practice