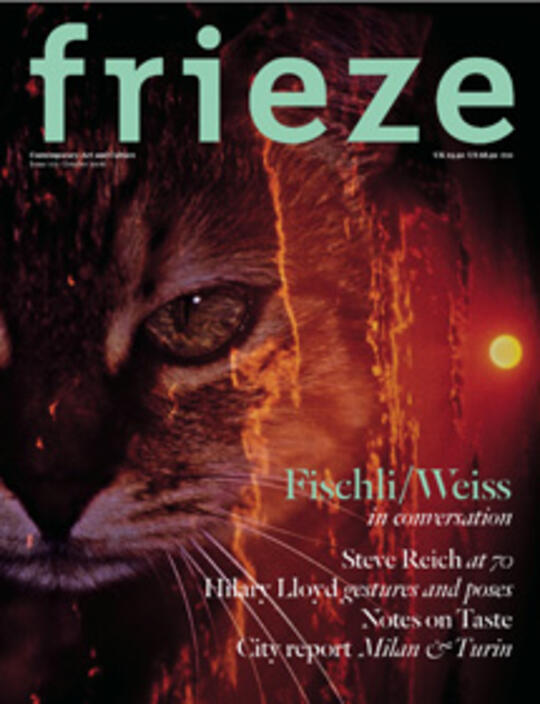 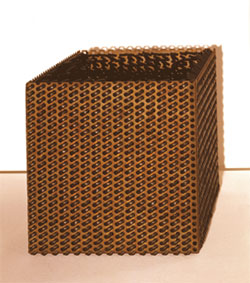 Few mid-20th-century artists were as influential as Eva Hesse, who is arguably as important an antecedent to contemporary work as Robert Rauschenberg or Bruce Nauman. By 1970, when she died of a brain tumour at the age of 34, Hesse had blurred the distinctions between sculpture, painting and drawing, demonstrating how each related to the other and could even be one and the same. She bent the then prevailing Minimalist strictures in new shapes, introducing the formal organic possibilities of fibreglass, latex, resin and other unconventional materials. In her own words, she wanted ‘to get to non-art, non-connotive, non-anthropomorphic, non-geometric, non, nothing, everything, but of another kind, vision, sort, from a total other reference point’.

Hesse’s work is inseparable from her complicated biography – she was born in Germany in 1936, emigrated with her family to New York in 1938 and had lost her mother to suicide by the time she was ten – yet it’s not representationally biographical. Composed of impermanent, soft, semi-perishables such as rope, rubber, cheesecloth and string, her art seems to hover, resisting categories or fixed points of reference. Approaching her pieces, you almost expect to hear them buzz or hum. Their physical effect is less solid than evanescent; sudden dissolution lurks as a constant possibility.
A great deal of ‘Chain Polymers’, Hesse’s only solo show, at New York’s Fischbach Gallery in 1968, was re-installed at the Jewish Museum for this survey, along with later sculpture and a trove of personal ephemera, including journals, correspondence, documentary footage and photographs. One friend, artist Nancy Holt, said that Hesse was obsessed with her past, always pulling out ‘some log, diary, pictures’. A few pieces of sculpture augmented the 150 drawings, sketches and working notes at the Drawing Center, among them the relief-hybrid pieces that marked Hesse’s shift from two dimensions to three. Included was Tomorrow’s Apples (5 in White) (1965), five strands of particoloured wool tentacled across a white enamel and gouache background, which reveals this shift as both organic and explosively abrupt. While the concurrent shows occasionally got bogged down in background minutiae, they ultimately formed an illuminating picture of Hesse’s rigorous, almost scientific, practice.

The obvious surface resemblances of many of Hesse’s sculptures to skin, organs, ligamented flesh and human corporeality generally are amplified by the signs of distress and wear built into her work. This is especially true of her various series of circles, such as No Title (1966), whose three perfectly compassed black ink wash and pencil ‘cells’ look worn down, rubbed over and even bruised, their centres perhaps on the verge of disappearing.
Many of Hesse’s drawings have the reverberative rhythms of contemporaneous Minimalist music, in particular works such as Steve Reich’s Come Out (1966), in which identical recorded loops of a preacher’s sermon repeat and gradually go out of phase with each other. In an untitled grid drawing by Hesse from 1968 three columns of five brown ink and gouache squares appear nearly to wriggle free. Both Reich and Hesse make paradoxical use of repeated structural units to reveal the hidden complexities of distinction and variation.

Hesse’s delicate use of industrial materials limned the inevitable sabotaging of technology by the chaotic realities of the body. In Accretion (1968) 50 long fibreglass and polyester resin tubes, serried in an almost casual manner along one wall, look like an unwound strand of DNA. The 20 pieces of cloth-covered wire coated in polyester resin and fibreglass that make up Connection (1969) resemble petrified marrow. The latex-covered rope, string and wire in Untitled (Rope Piece) (1970), Hesse’s last sculpture, eliminate even the last vestiges of surface solidity; by this time the artist had reached a subcutaneous level of familiar intimacy with her materials and the forms she could create with them.

The droop and play of Hesse’s sculpture, the imperfections of the repetitions in her drawings, all suggest movement, a kind of anatomical nomadism. To be uprooted at two years old and left motherless at ten is to learn early that there are no fixed points. Hesse made vivid use of her past, but with the detachment of a fascinated observer. Similarly detached towards her materials, she never fought their natural properties and propensities any more than she fought gravity or entropy. She encouraged them to find their ultimate form on their own.

Shortly before her death Hesse pinpointed her subject as the ‘total absurdity of life’. It imbued her work with dark humour, ransoming her soft, malleable, often sexually suggestive shapes from sentimentality and sweetness. She resisted categories, especially as a woman artist, refreshingly noting that ‘excellence has no sex’. In the vernacular of the 1960s, Hesse told it like it was.