Film as a Critical Practice 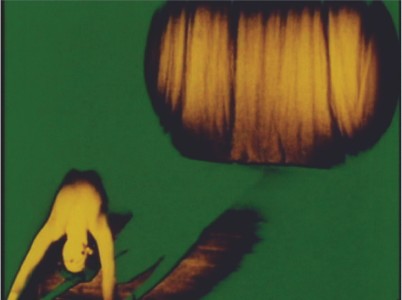 Organized by the Office for Contemporary Art’s Director, Marta Kuzma, ‘Film as a Critical Practice’ followed on from earlier conferences at OCA, ‘Art of Welfare’ (2007) and ‘Recuperating Political Radicality in Contemporary Art’ (2006).

The remit of the two-day event was to explore the ‘political and psychoanalytic dimension of film’ and ranged from academic papers to presentations by artists. The discussions were accompanied by a supplemental film programme curated by Ian White – the word ‘supplemental’ perhaps pointing to a problematic split, within the conference and beyond, between academic assessment and artistic production.

Topics ranged from looking at historical examples of the integration of documentary techniques to narrative rupture. Guy Debord’s Society of the Spectacle (1967) and May 1968, invoked in opening papers by Kristin Ross and Keith Sanborn, were constant reference points. To represent recent artistic practice that explores political and critical engagement, artists including Harun Farocki and Hito Steyerl were called on as contemporary experts.

In the early part of the programme film often served as evidence of a wider socio-economic picture. Ross traced the historical position of the camera as a means of defining power relations, providing an agile account of militant cinema and ‘seizing speech’, using examples from the Lumière Brothers’ Workers Leaving the Lumière Factory (1895) to Chris Marker and Mario Marret’s Á bientôt j’espère (Be Seeing You, 1968), a document of the 1967 strike, and the lives and attitudes of the workers, in the city of Besançon, France.

Ross’ presentation provided a direct link to White’s film programme, ‘Material Critical Poetics’, which asked ‘What constitutes critical film?’ White’s introduction explored how the production and, crucially, the presentation of critical film constitute in themselves a political and critical gesture. Here works by Anthony McCall and Andrew Tyndall, Peter Gidal, Emily Roysdon and Sharon Hayes were presented as depictions not of resistance but of the idea of resistance as a radical dynamic. Explicit political content was avoided in favour of the politics of looking.
Placed somewhere between these overlapping positions was Steyerl’s tracing of a personal history through the politics of the dispersed archive of the Internet, Farocki’s examination of montage as a critical tool and Kodwo Eshun’s discussion of the Black Audio Film Collective (BAFC) and the proposal of a poetic archive. Like Ross, Eshun touched on issues of seizing speech and the role of the image as event, and he echoed White in citing the BAFC’s desire to create a new cinema through developing both new practitioners and a new audience.
A screening of Laura Mulvey and Peter Wollen’s groundbreaking Riddles of the Sphinx (1977) was in sharp contrast to Mulvey’s more recent theory of ‘delayed’ cinema, outlining the attempt to find new patterns of spectatorship and visual pleasure in relation to developing technologies. Mulvey’s argument seemed curiously out of step with work made since the 1990s by ‘white cube’ artists such as Douglas Gordon or Pierre Huyghe, whose critical analysis of mainstream cinematic devices was only briefly touched on in discussions that concentrated on documentary, the archive or Structuralist filmmaking.

In fact, several times in the discussions the phrase ‘white cube artists’ was used as a derogatory term, suggesting another problematic point of hierarchical distinction. The economic means of production and distribution of contemporary film and video and audience access and engagement – in the cinema or the gallery – were only briefly mentioned. Pablo Lafuente’s analysis of Jeroen de Rijke and Willem de Rooij’s strategies in the construction of the spectator in their film Mandarin Ducks (2005) was refreshing in this regard.

In contrast to the often intellectually self-reflexive level of debate was the presentation by Zhang Xian Min, Professor of Film at the Beijing Film Academy, who presented a selection of contemporary Chinese film- and documentary-makers who employed traditional methods – narrative films following a distribution network and aping commercial film networks and traditional point-and-shoot documentaries. However, Xian Min unwittingly provided the most acutely ‘political’ moment of the conference when he politely declined to answer questions on censorship in relation to Chinese border conflicts and trade. Here the politics of the production and distribution of critical filmmaking suddenly had very real implications.