Performance, salesmanship and the powers of persuasion

Justin Rancourt and Chuck Yatsuk are from central Florida. You can hear a little of it in their speech, in the trace of a Southern drawl. In their live performances, the ‘warm and friendly’ associations of this accent are disarming. The effect is similarly seductive to that of the young Bible salesman in Flannery O’Connor’s 1955 short story ‘Good Country People’, who purports to be a ‘real honest person’ while he goes around pilfering women’s prosthetic limbs. Collaborating as Rancourt/Yatsuk, the artists’ work Villagio (2015) swathes deception in a sales offering, alternately comforting and smug, trance-inducing and feverish. (Villagio was performed as part of Frieze London’s ‘Live’ section in October 2015, and was shown in expanded form as an installation at Kate Werble Gallery, New York, later the same month.) As spokespeople for a fictional tropical resort named Villagios, the duo promises the audience (or are they victims?) greater self-actualization through ownership of luxury real estate. With slicked-back hair and wearing suit jackets over polo shirts, Rancourt/Yatsuk’s characters spin a pitch in front of a video presentation, deploying tricks borrowed from corporate motivational sessions, and frequently promise to reward company high-performers with the perk of an exotic vacation. Footage of soaring aerial journeys over jungle waterfalls soundtracked to soothing panpipes imparts a feeling of the pre-packaged sublime: a wonderment of the charter-helicopter-with-free-daiquiri variety. Pumping techno bass lines, squealy rock licks and racecar-driver POVs make for testosterone-fuelled, reckless fun: locals on the road be damned. 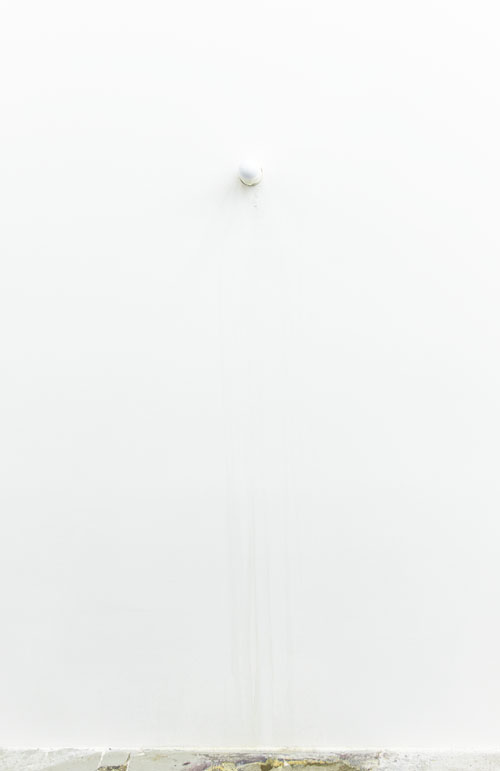 White Sands and Crystal Blue Waters, 2014, margarita machine, wood, PVC, frozen piña colada, dimensions variable But what is Villagio, exactly? A private villa? A timeshare in a block of high-rise apartments? A corporate retreat? An Italian-inspired oasis on the banks of the River Amazon (but possibly on the outskirts of Orlando, Florida)? Rancourt/Yatsuk speak koans of capitalist wisdom, both benevolent and callous (‘We’re doing things that actually matter!’, ‘Screw them!’), while remaining hazy on the specifics of what’s for sale. In our age of mile-long, fine-print customer agreements, the absurd promises of all manner of overpriced luxury goods (GBP £1,000 ‘youth-enhancing’ creams, the ‘superior’ accuracy of a platinum watch or the astonishing tranquillity achievable in an ‘upper-class’ airline ticket priced at 20 times the economy fare) manage to evade accountability or reason and enter, instead, into the realm of rhetorical mystification – a form of drivel that couches excessive consumption as an act transcending logic itself. The Villagio gallery installation apparently housed a ‘life-size sushi kayak’ – a necessary indulgence, no doubt. Whatever Villagio is, it’s exclusive: offered to those fancying themselves to be high rollers and aiming to sucker spendthrifts, with constant exhortations to spend money in order to get down to the business of relaxing. As in their previous works that integrated video snippets collaged from the web and live performance – such as Black Diamond (2011), in which they hawked miraculous acai health drinks, or The Keys (2013), which promised to unlock the ‘secret’ of internet marketing – Rancourt/Yatsuk’s spiel in Villagio exudes Donald Trump-style populism, in which an identification with wealth creates a powerful and seductive illusion of domination over social and economic determinations of all kinds. Much of Rancourt/Yatsuk’s work circles around Florida as an emblem of territorial hallucinations and botched aspirations; in many ways, delusion is the state’s charter principle. The conquistador Juan Ponce de León was purportedly hunting for the fountain of youth when he first explored the Florida peninsula in 1513. (The fountain mission is now considered apocryphal; Leon’s writings apparently make no mention of the search. Rather, the longevity of the legend itself encapsulates certain Floridian desires.) Con artists have sold vast tracts of undeveloped swampland as already-completed homes in Florida, preying on the desires of snowbirds and retirees to own a piece of paradise, which, by its very nature, is something unfamiliar and incomparably different from the known, and therefore susceptible to all kinds of bullshitting, idealization and long-distance-assisted exaggeration. 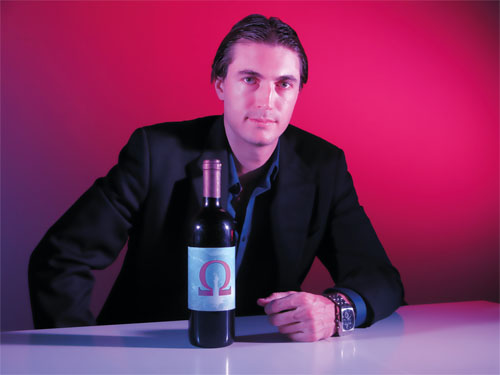 Black Diamond, 2011, production still Coupling this sense of the land as a mirage, Rancourt/Yatsuk conjure their resort out of architectural renderings and canned graphics, all the while employing forms of mantric repetition exhorting their prey to envision opportunity and potential wealth where fools see only swamp. For years, Rancourt/Yatsuk have trained in hypnotic suggestion and neuro-linguistic programming, techniques used by motivational speakers and product marketers. As a tactic of salescraft, the practice of repetition seeks to override restraint and establish compliance, while simultaneously conveying a succinct narrative to viewers in a peppy, highly theatricalized environment. In staging such a work at a contemporary art fair, and then in a commercial gallery, Rancourt/Yatsuk imply that the power of suggestion operating behind the consumption of all luxury goods, art included, may be interconnected. In Villagio, selling experiences of leisure and satisfying the desires of potential buyers involves a huge amount of labour, and the consumption of these experiences becomes a collective ritual of fantastical projection about scarcity and exclusivity. An invitation to buy into the elusive, possibly fraudulent, Villagio’s offering may be the ultimate ‘happy’ problem, like asking how one should store fur coats in the summer. To be asked means you’re already in the club; Rancourt/Yatsuk are just trying to pry a little cash from those whose destiny it is to let their dinero trickle down to the rest of us working schlubs.

Justin Rancourt and Chuck Yatsuk live and work in New York, USA. In October 2015, their work was shown as part of Frieze London’s ‘Live’ section and, from 27 October to 7 November, in a solo exhibition at Kate Werble Gallery, New York. They were also finalists for the Artists’ Fellowship Program of the New York Foundation for the Arts.