The bitter fruits of the SLA 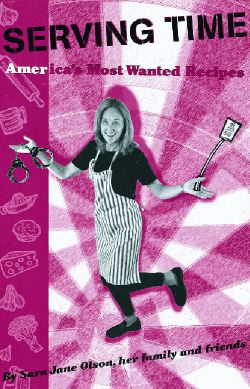 He who makes a revolution by half-turns sows the seeds of his own destruction.

By the time Sara Jane Olson goes on trial in Los Angeles this month, over a quarter of a century will have elapsed since the incident for which she is being charged: the attempted bombing of two LAPD patrol cars on August 21, 1975. Despite the fact that neither bomb exploded, the LAPD is still fuming. After her photograph (taken 23 years ago) appeared on 'America's Most Wanted', the law finally caught up with Olson outside her St. Paul, Minnesota home. If the heated public debate her arrest has provoked proves anything, it is that the wounds from the mid-1970s war between Right and Left remain deep and festering.

As an associate of California's infamous Symbionese Liberation Army, Olson (then Kathleen Soliah) missed out on the group's more notorious exploits: the slaying of Oakland school district superintendent Marcus Foster; the kidnapping of Patty Hearst; the well-publicised Hibernia National Bank hold-up; and the final, fiery shoot-out in Watts that left six members dead. Although Olson delivered a passionate eulogy for the slain SLA in Berkeley, she denies any involvement with the attempted car-bombings that were intended to exact revenge. The most incriminating evidence against her comes from Hearst's 1981 book, Every Secret Thing, which describes Olson planting the bomb under 'the pigmobile' outside a Hollywood International House of Pancakes. Yet, in the absence of any concrete evidence, the prosecutor's case is shaky.

Nevertheless, Olson's supporters and attorneys have come out swinging. Following the O. J. Simpson strategy, Olson's defence team seems intent on using the trial to prosecute the already embattled LAPD. From the 1992 beating of Rodney King to the recent Rampart scandals (in which more than 100 convictions have been overturned due to revelations of police misdemeanours) the public perception of the LAPD as hopelessly corrupt has been set in stone - even the US Justice Department has threatened to sue the City of Los Angeles if it doesn't implement immediate police reform measures. Further complicating the picture is the contention that the SLA's leader, Donald DeFreeze, a.k.a. 'General Field Marshall Cinque', was in fact an FBI plant who guided the group towards violence in a purposeful effort to discredit the radical Left and justify extremist police response. Given this history, what jury wouldn't believe, as Olson's lawyers insist, that she fled in 1976 in fear of being killed by a vengeful LAPD?

Since going underground, Olson has been a model citizen. This church-going doctor's wife and mother of three had time to participate in the local community theatre, whip up yummy confectionery for school fund-raisers, organise neighbourhood block parties, drive the kids to soccer practice, tutor recent immigrants in English, and take time out to read to the blind - it almost makes you suspect that the past 25 years were spent in preparation for the propaganda blitz accompanying her inevitable trial. Managing to raise one million dollars bail in record time, Olson's supporters have crafted a well-coordinated publicity campaign in her defence. 'The Committee for the Defense of Sara Olson' alternately lambastes and lampoons the LAPD, Patty Hearst, and LA District Attorney Gil Garcetti. Characterising Olson as a 'political prisoner' and scapegoat for a city in dire need of a PR coup, the Committee further suggests that during the mid-1970s, while the government waged war in Vietnam and resisted progressive social reform, the actions of the radical Left, including the SLA, were entirely justified. Echoing the popular sentiment that, back then, a lot of people did regrettable things that they shouldn't necessarily be held accountable for, Olson's second-line defence seems to be a petition for amnesty.

Shunned by the Left as too radical, and vilified by the Right, the SLA was doomed from the start. Perhaps this is what made the group such a mesmerising spectacle in the faded aftermath of the Day-Glo 1960s. Embodying all the desperate, fragmented idealism of their era, their good intentions were hopelessly warped, their politics half-baked, their logic farcical. As revolutionaries, their actions bordered on Fluxus high jinks and, at every turn, they botched the job. Yet, there was a certain, undeniable dignity in their self-destructive zeal - like the criminals/martyrs in Jean Genet's novels, the SLA wore its death-sentence like a halo.

Revolution is, by nature, fantasy manifest. Playing their roles to the hilt, the SLA crossed over into a schizo-territory so extreme that it revealed the Situationists as armchair-bound academics. With their seven-headed cobra symbol, 'ethnic' noms de guerre (Fahizah, Osceola, Cujo, Zoya and General Teko), corny disguises, and a bombastic slogan -'Death to the Fascist Insect that Preys upon the Lifeblood of the People' - the SLA were often more laughable than intimidating. Riddled with contradictions, ridiculous jargon, and outright lies, their frequent communiqués read more like Philip K. Dick than Karl Marx. Despite continual references to clandestine 'cells', the SLA had less than ten members crammed in a single, shitty 'safe-house'. Waging war against white, bourgeois society they were, other than DeFreeze, uniformly Caucasian, educated, and privileged. Promoting and practicing 'free love', the SLA became a hotbed of petty jealousies, sexist recriminations, and infighting of soap-operatic proportions. Media whores to the bitter end, no radical group anywhere has ever come close to their stylish combination of cinematic artifice and real terror.

In the meantime, while Marie Antoinette advised the masses to 'eat cake', Olson has gone one step further, currying public favour by actually baking it for them. Published last year, Serving Time: America's Most Wanted Recipes is a cookbook of Olson-family recipes which features a smiling, apron-clad Sara Jane on the cover, a pair of handcuffs dangling from her wrists and a large bulls-eye for a background. At $19.95, all proceeds will go towards Olson's legal expenses. Although under a gagging order which prevents her from discussing the case, Olson took to the talk-radio circuit to promote her book. Thus, the American public, hungry for the inside story, were treated to the spectacle of the alleged terrorist giving instruction on how to make 'Home-made Nut Goodie Bars'.

Utopian aspirations, history has shown, go hand in hand with nihilistic impulses. In the drama of human struggle, suffering is widely perceived as the price of idealism and we love nothing better than to see the collapse of a tower built too high. If Olson's trial forces us to revisit those heady days of 1974-75, all the better. If pathos speaks to our human condition more acutely than pride, then perhaps the true purpose of revolutionary struggle lies not in the grandeur of its accomplishments but in the poignancy of its failures. In this regard, the SLA succeeded admirably.